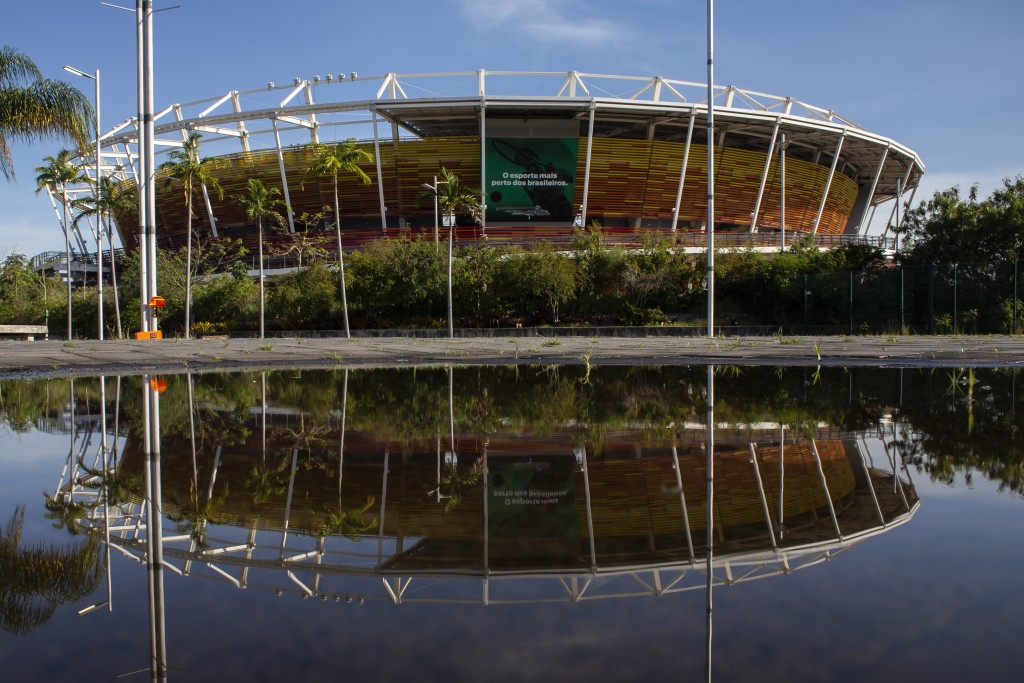 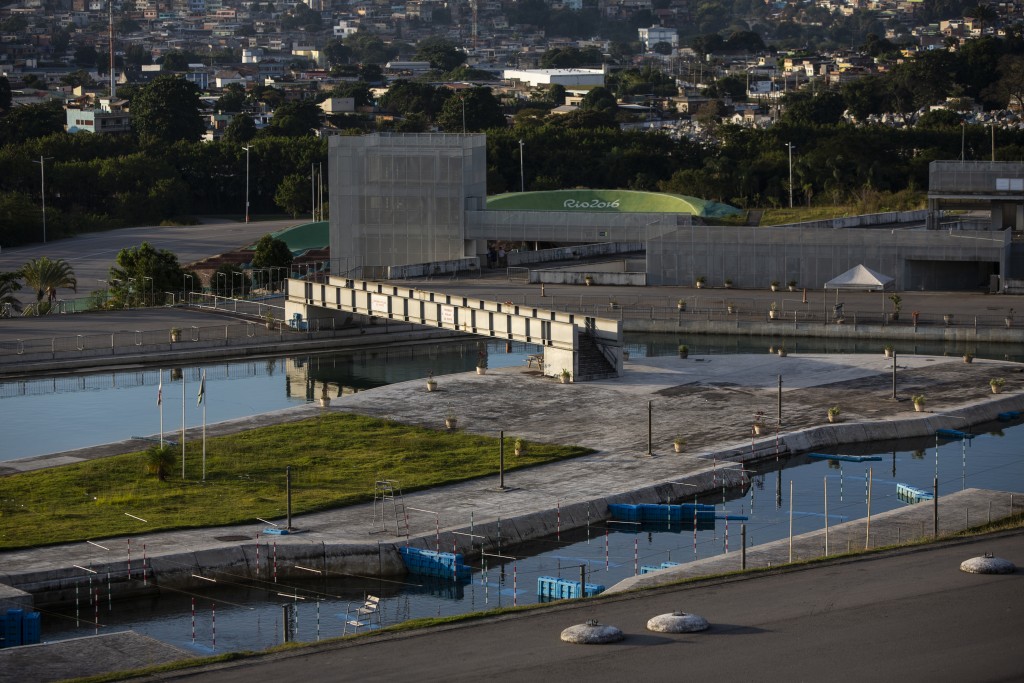 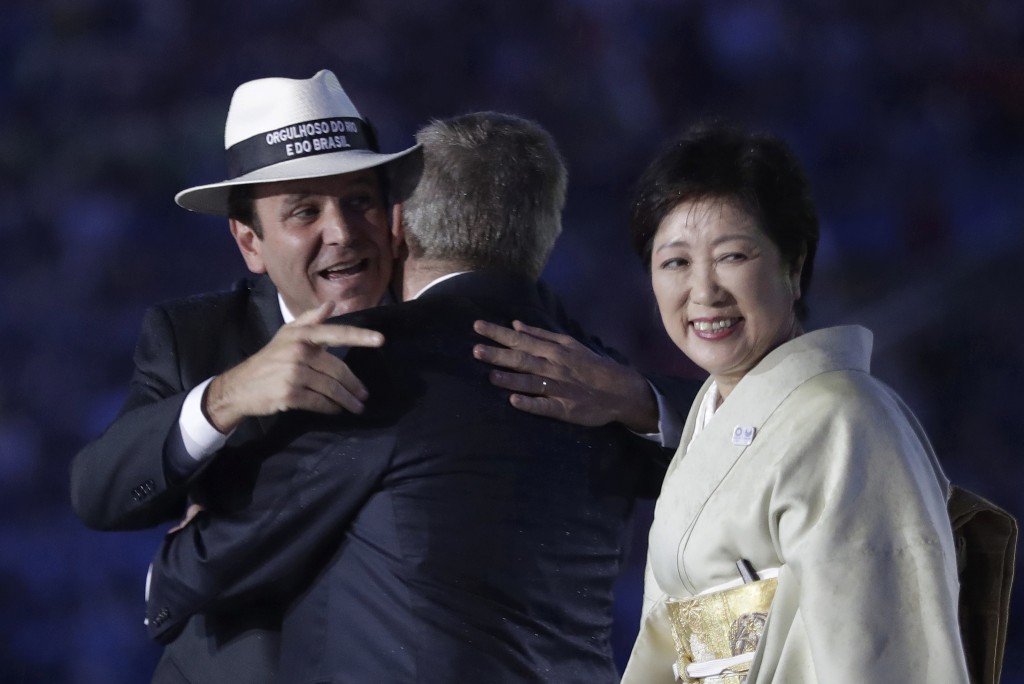 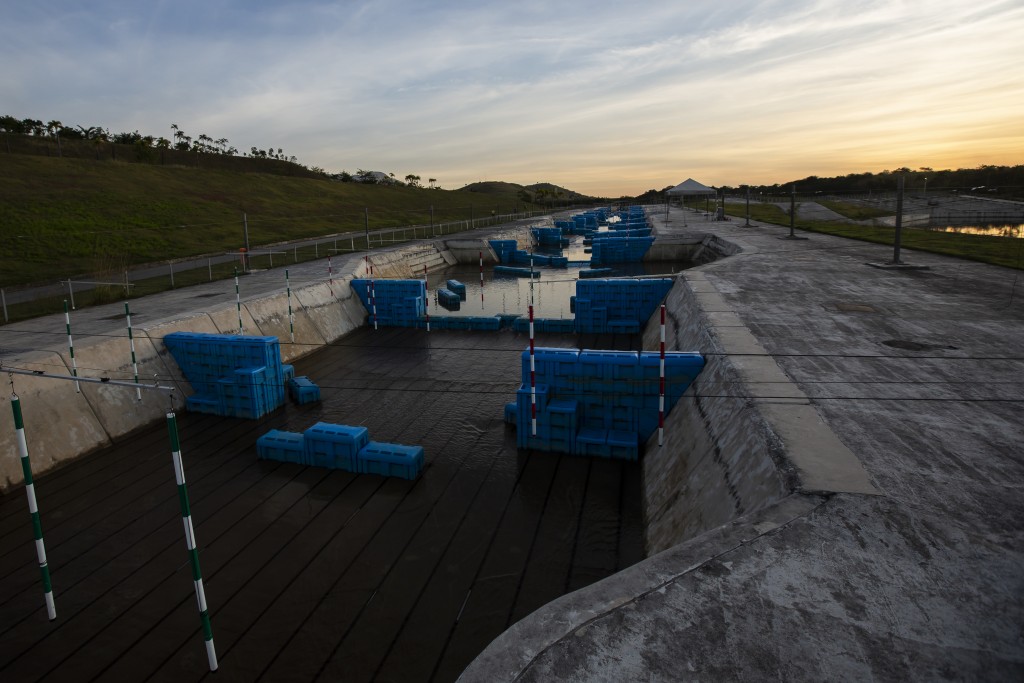 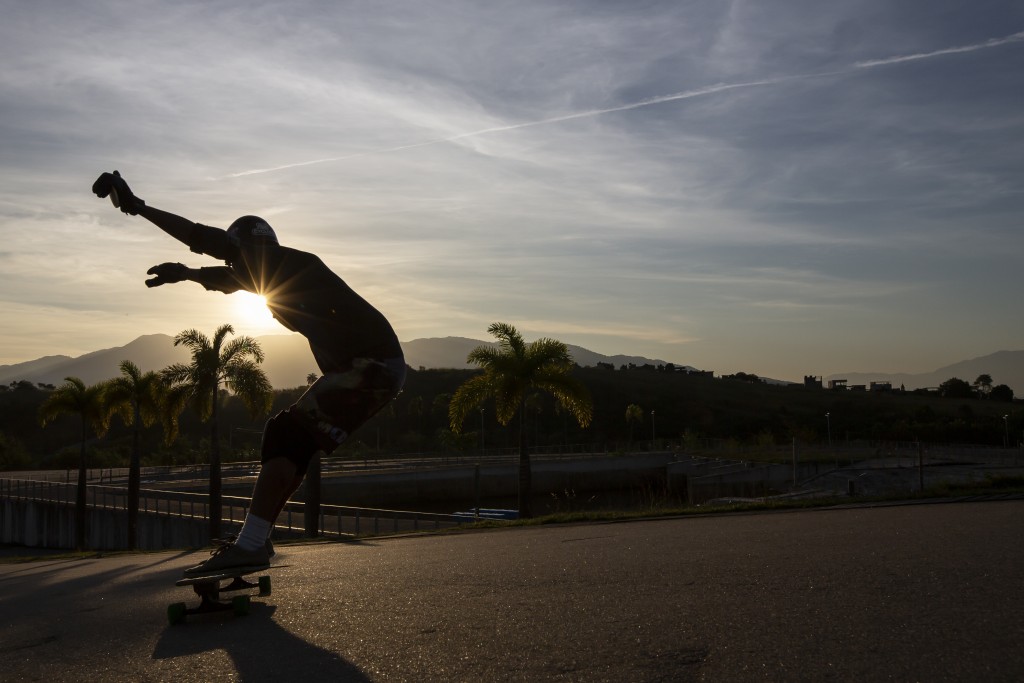 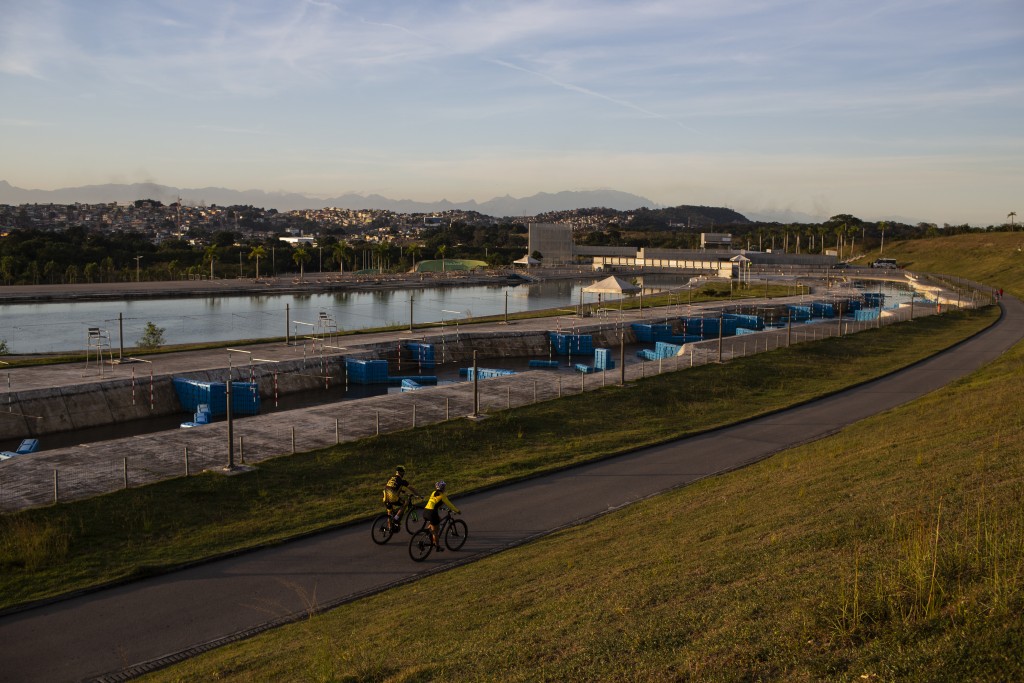 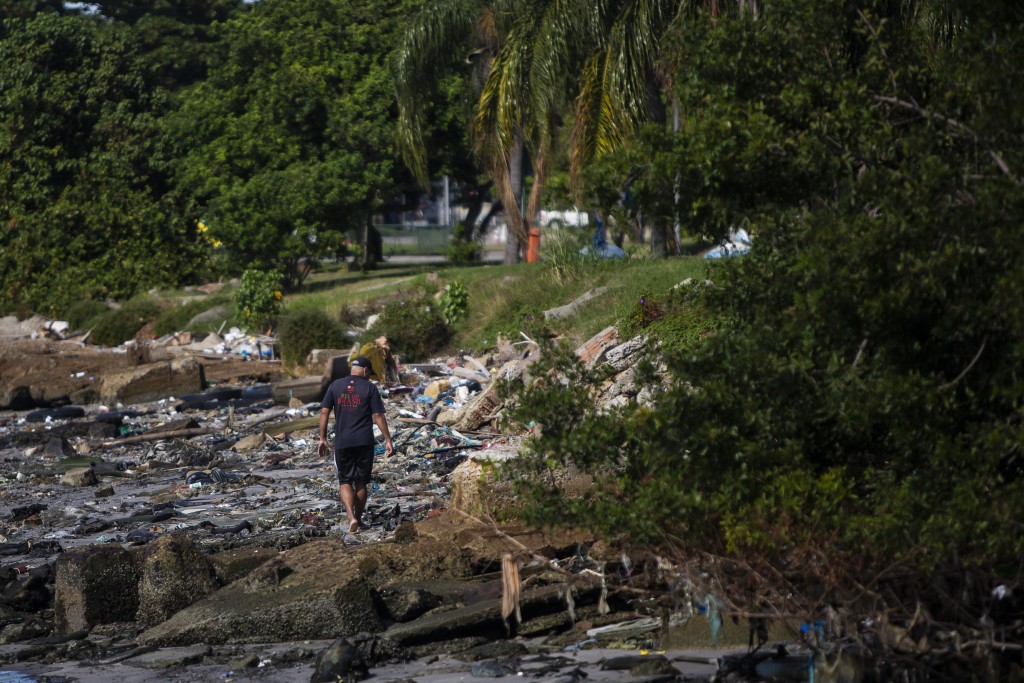 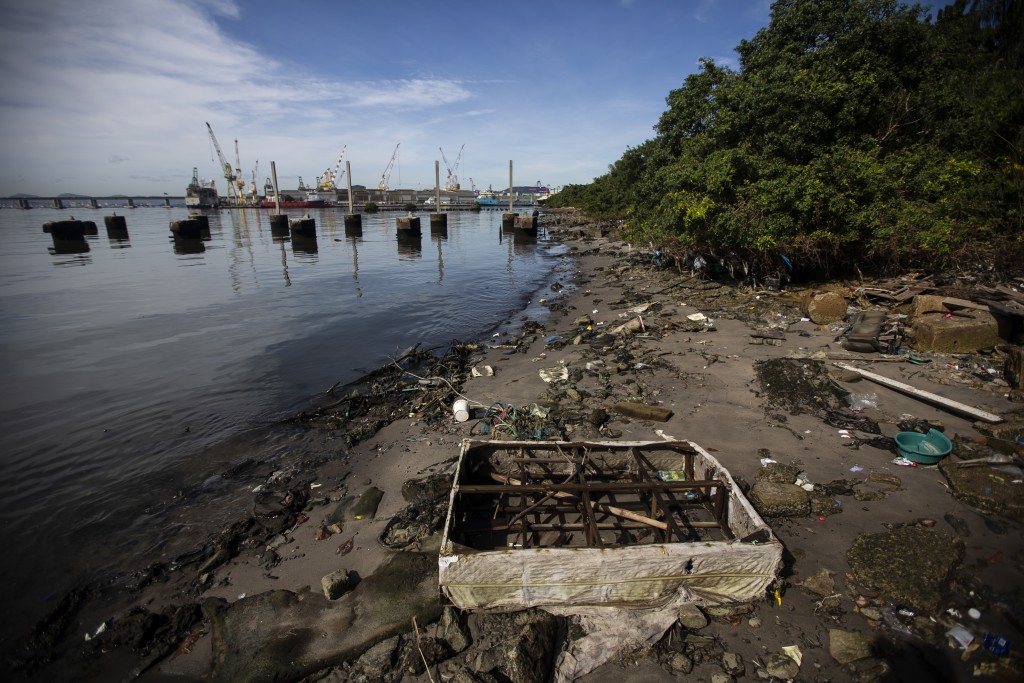 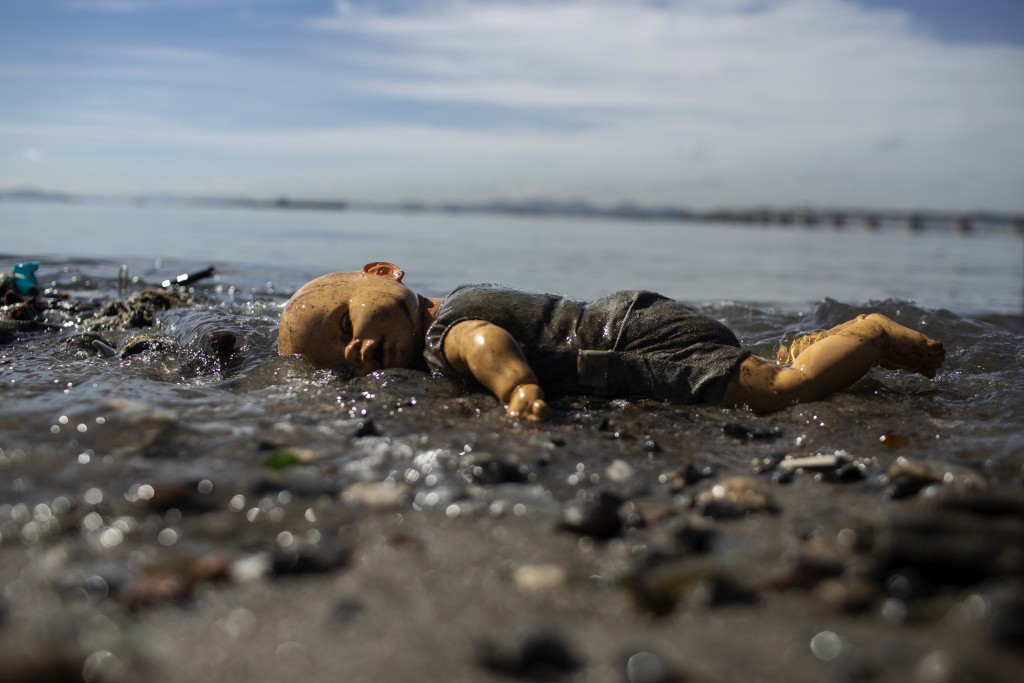 RIO DE JANEIRO (AP) — With the Olympics about to kick off in Tokyo, the prior host is struggling to make good on legacy promises.

Brazil’s government is providing assurances that Rio de Janeiro’s Olympic Park venues won’t be abandoned, while City Hall rebuilds a beleaguered bus system and is again pledging to create schools from the dismantled Arena of the Future.

Recreational spaces in areas that previously had none were welcome, as was Rio’s revamped port area with new tunnels and museums, even if it didn’t lure hoped-for residents or companies. And demolition of an elevated highway allowed for sweeping views of the Guanabara Bay where sailing competitions took place, but its waters weren’t cleaned of sewage, as had been promised. There are fresh commitments to finally do so.

The postcard city’s bid for the Olympics drew inspiration from Barcelona’s urban renewal with the 1992 games. There are reasons Rio’s golden dream didn’t fully pan out, some justifiable: the nation suffered its worst recession in a century.

Others are indefensible. Prosecutors found corruption in subway works; the Olympics-era governor is in jail for that and other offenses. An incomplete station is a pit containing millions of gallons of water.

Even if Rio resuscitates its legacy, it will be too late to convince the International Olympic Committee to return to a model in which the games drive development.

Of all promises, public transport was billed as potentially most transformative for the city’s 6.5 million residents. Rio proposed a “High Performance Transport Ring” that would extend the limited subway and create dedicated bus-rapid transit (BRT) lanes.

Five new stations linked the subway with the BRT system, which soon had hundreds of thousands of daily passengers. But the upside of the new infrastructure was more than offset by elimination and rerouting of dozens of standard bus lines; by 2017, average access to jobs and schools by public transport dipped from three years earlier, according to a University of Oxford team led by Brazilian researcher Rafael Pereira.

Public transport has only deteriorated since, and the BRT’s recovery and expansion are “much needed,” said Pereira, a data scientist at the government’s economic research institute. As of April, less than half the nearly 300 BRT buses were operational and one-third its 134 stations shuttered, according to City Hall.

To hear Mayor Eduardo Paes tell it, the BRT was “destroyed by the incompetence” of his predecessor, who let it come undone. Paes was mayor when Rio bid to host in 2009 and during the games in 2016, his final year in office. He said in an interview with The Associated Press that voters returned him to City Hall this year because of his pledge to revive the BRT. He carried all electoral districts.

“The BRT is one of the big successes, of course as long as it functions adequately,” said Paes, whose administration has assumed control of the BRT. “With the abandonment the city suffered in recent years, there’s work to be done to rebuild that and make it work again.”

Paes insists the Olympics’ urban legacy is top-notch, given the low expense relative to other hosts and the fact more was delivered than pledged.

Rio’s Olympics cost $13.5 billion, according to the government’s accounting watchdog and using a 2016 exchange rate. A study by Oxford scholars published in September found average sports-related hosting costs are $12 billion, with non-sports costs typically several times more. Japan expects the Tokyo games to cost at least $15 billion without building nearly as much as Rio.

But some academics argue authorities didn’t consider the best means to better the lives of Rio’s long-suffering residents. There are no reliable opinion polls on satisfaction with having hosted.

“If you have to go only by what they were promising, they’ve already captured the entire conversation,” said Christopher Gaffney, a New York University professor who researches urban studies and mega-events and lived in Rio during the Olympics build-out. “But there was no conversation about the planning process. The Olympics becomes the plan and so you can only measure it against itself.”

Office secretary Nadima Santos, 54, lives outside Rio, but uses the BRT twice a week. Like many others, she doesn't see why it was only built because of the Olympics.

“Maybe it would be a train or a subway line if they hadn’t spent so much on the sports side," she said as she ran at the often crowded Terminal Alvorada. "Very few used this BRT for a while, it seems now people are rediscovering. But no doubt I would have chosen a subway line here instead of spending on Olympic venues.”

Mayara da Cruz is from Taquara, a neighborhood from which ordinary buses used to depart in all directions. She complains their substitution for jam-packed BRTs means she has to make connections that increase transit time to everywhere in the city -- except Barra da Tijuca, home of the Olympic Park.

Da Cruz has been coming to the Olympic Park twice a week for her daughter’s gymnastics classes since the city-run arena reopened this year. On June 29, she watched her child tumbling while dozens of others played volleyball and learned jiu-jitsu. Enrollment in the arena’s activities has surpassed 800 kids and teens.

“She’s loving it,” said da Cruz, 32. “Tuesdays and Thursdays are the days she’s most excited, because she has these classes.”

Paes said City Hall will launch a tender before Tokyo for the long-overdue dismantling of two temporary arenas, including the handball stadium that will be transformed into four public schools, which he said his predecessor neglected to do.

Crivella’s press office said Paes hadn’t earmarked any money for the works nor was any available during the multi-year recession.

The four park venues administered by Brazil’s Citizenship Ministry host occasional competitions, like the Pan American Gymnastics Championship last month. The next major event is the Brazilian School Games, in October, with 6,200 athletes. Few cyclists use the velodrome’s Siberian pinewood floor to train and Brazil didn’t field a single competitor for Tokyo, despite promises the facility would be an incubator.

The Citizenship Ministry’s press office said in an emailed response to questions that it has established partnerships with several Brazilian sports bodies to host events, and that it is crafting a plan to better use the venues. It will be published “as soon as it is finished.”

“Rio’s Olympic Park pains my heart. Sometimes a thing or two happens there, but it’s very bad, there wasn’t a realistic plan for it,” Andrew Parsons, president of the International Paralympic Committee, told the AP. “I think cities need to go through profound transformations, but the moment in which sporting venues led those changes is now over.”

In June 2019, the IOC approved proposals to change the bidding process, including creation of commissions with the power to control host selection. Several cities from developing countries contemplating bids for the 2032 Olympics didn’t present bids, and Australia’s Brisbane jumped ahead with the blessing of many IOC members.

At Rio’s Radical Park, 40 minutes north by car (or triple that via public transport), there are signs of life, notwithstanding the decrepit Olympic BMX course. Hundreds of joggers, dog walkers, skateboarders and picnicking families come each day. The mountain bike course was recently excavated from head-high grass.

“We didn’t have anything on this side of the city to exercise,” said Adriella Rosa, 47, who does Pilates and weight training classes at its free gym. “It’s good for us who can’t pay.”

The park’s centerpiece, a reservoir feeding a rapids course, is used by the Brazilian canoeing confederation to train. And the confederation provides equipment for city-run classes that started this year, with some 50 kids and teens.

Parsons, of the Paralympics, said many Brazilian confederations slipped financially after the games. Some “nearly collapsed” as sponsorship dried up in the recession.

“The Brazilian Olympic Committee failed at projecting beyond 2016,” said Parsons, adding the same isn’t true for Paralympics, which benefited from greater awareness.

Rio’s top environmental pledge was to treat 80% of sewage flowing into the Guanabara Bay.

The plan was to construct relatively cheap treatment units on rivers feeding the bay, according to Márcio Santa Rosa, who coordinated the Olympic bid’s environmental management and sustainability plan. It would’ve worked, Santa Rosa said, but only one facility materialized -- and remains inoperative to this day.

Rio state in 2012 also signed a deal with the Inter-American Development Bank for $452 million to build on unfinished sewage infrastructure. A quasi-public agency, PSAM, oversaw planning, the start of some major works and connection of 131,000 homes to the network, according to progress reports on the IDB’s website.

But Rio state’s government raided funds earmarked for sewage works when the recession drained its coffers of money for expenses, said Santa Rosa, who by then was working at PSAM as a planning coordinator. Less than a year after the Olympics, the IDB halted funding, having disbursed less than 1/4 the planned total.

“For sanitation, almost nothing happened. That was, in fact, a very large frustration,” he said. “It’s not that PSAM wasn’t a good project, but we couldn’t do it because the money was taken.”

The IDB confirmed in an email that financing was canceled, without responding to detailed questions about when or why.

Some works by the state’s utility have resumed, partly forced by public prosecutors. Treatment of sewage generated in Rio’s metropolitan region hovered around 35% between 2012 and 2018, according to official data compiled by Trata Brasil Institute, an organization that researches the sector. That surged to 47% in 2019, though the institute isn’t aware of works that could explain the jump.

After years of broken promises, Rio state in April split water distribution and sewage treatment operations off from its utility and auctioned 35-year concessions.

Companies must invest $5.4 billion, including $520 million within five years for depolluting the bay. And they can lose their concessions for failing to meet the contractually stipulated goal of boosting sewage collection and treatment to 90% by 2033. That means “great improvement” in service is finally ahead, according to Édison Carlos, Trata Brasil’s executive president.

Mayor Paes says he has no regrets about hosting the games. Given the enormous pressure and workload, however, he wouldn’t welcome an encore.

“My advice to mayors is just do the Olympics once, never twice,” he said. “I’ll never do it again.”

At the Olympic Park’s broad, striped outdoor walkway -- where in 2016 tens of thousands of fans cheered -- today there’s silence, and no shade from the scathing sun. There are no bathrooms, drinking fountains nor food providers outside, either, making it inhospitable to visitors, according to Audrei Pereira, 42, who lives within walking distance. It’s an example of promises to locals falling by the wayside.

“There’s still a vestige of Olympics here,” Pereira said after watching her sons’ volleyball and gymnastics sessions inside the arena. “But had it continued, had it been open since the Olympics ended and not opened so long afterward, there could’ve been a much more expressive legacy.”