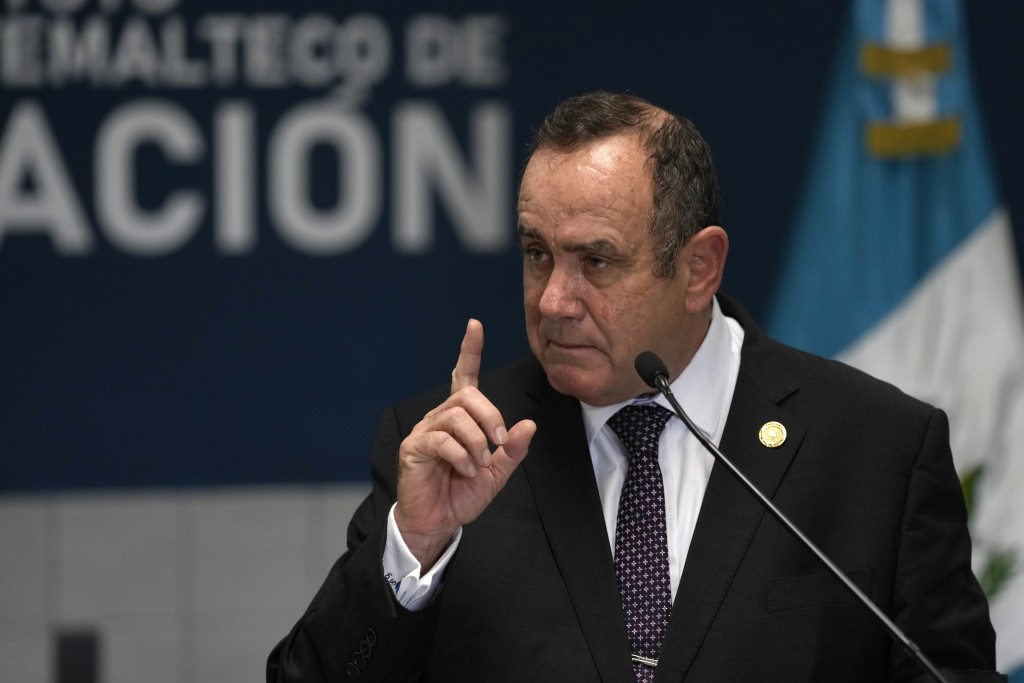 The president of Guatemala vowed Monday to crack down on demonstrators complaining of mismanagement of the coronavirus pandemic and protesting delays in shipments of Russia’s Sputnik vaccine.

A crowd of about 300 protesters gathered Saturday in the main square of the capital to demand the resignation of President Alejandro Giammattei for his failure to obtain enough vaccine.

Referring to the protests, Giammattei said: “We are going to limit this type of thing. I think this is enough already.”

“These people are spreading the virus and causing more problems, that is what they want and they are spreading it through a series of illegal demonstrations,” he added.

Giammattei signed a deal for 16 million doses of the two-dose Russian vaccine, and paid 50%, or almost $80 million, up front. But only about 550,000 Sputnik doses have arrived so far.

About 1.5 million doses of the Moderna vaccine have been donated by the United States. But with just over 2 million doses, Guatemala doesn't have nearly enough for its 17 million people.

Opposition legislator Andrea Villagrán said it was unacceptable that the government was focusing its efforts on limiting protests rather than containing the pandemic.

“What he really wants is to quash freedom of expression,” Villagrán said. “If he really wanted to address the issue of the pandemic, there are other mechanisms they are not using, like ensuring that malls, restaurants and tourist spots comply with (sanitary) measures.”