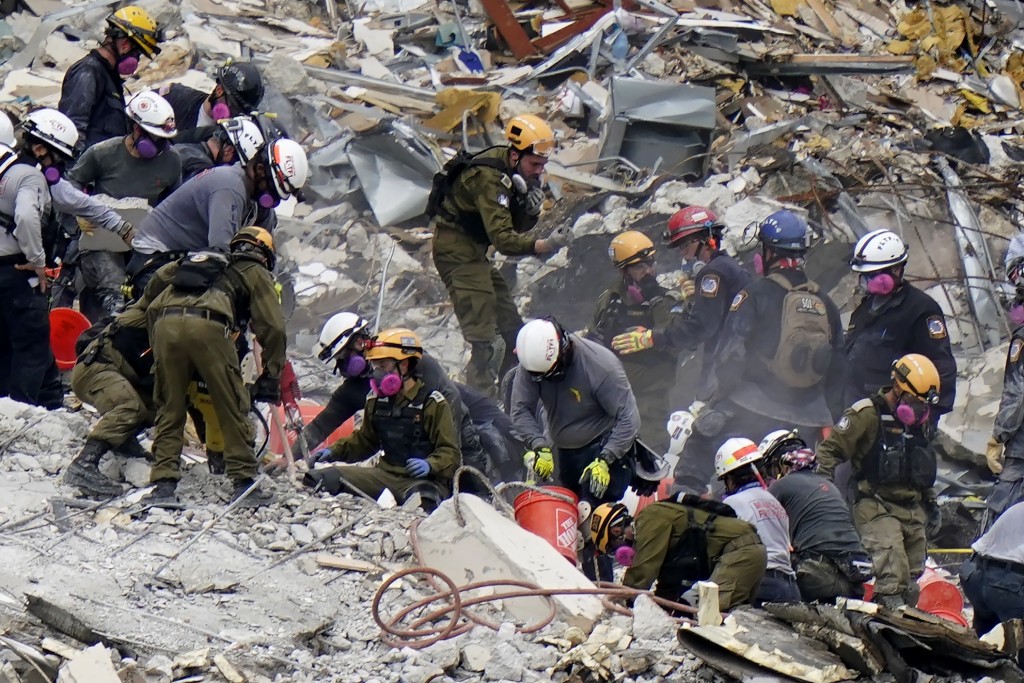 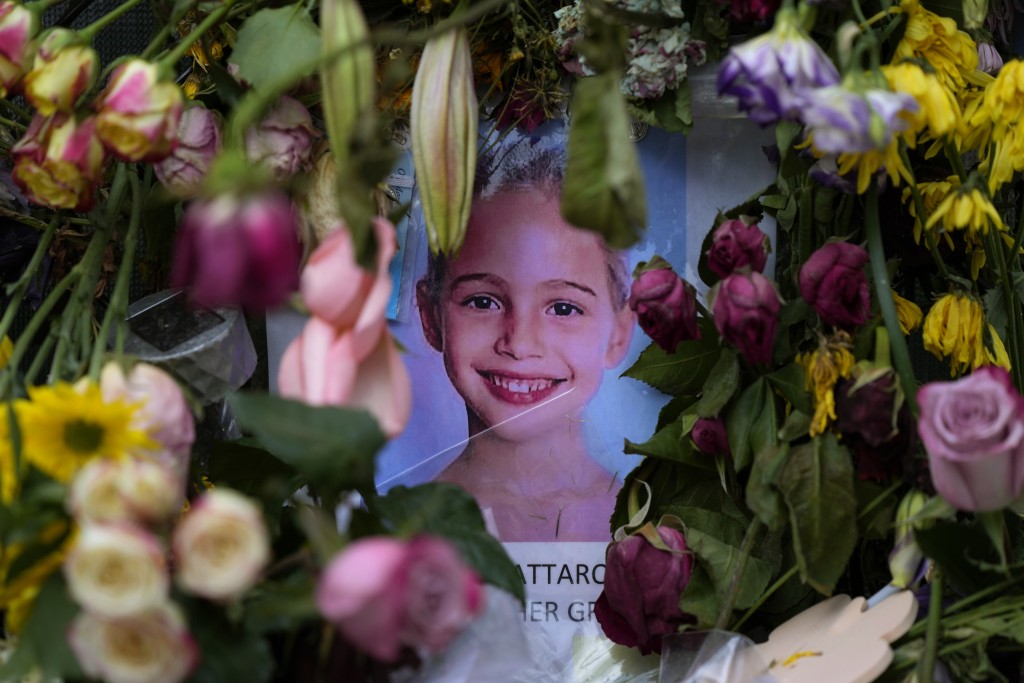 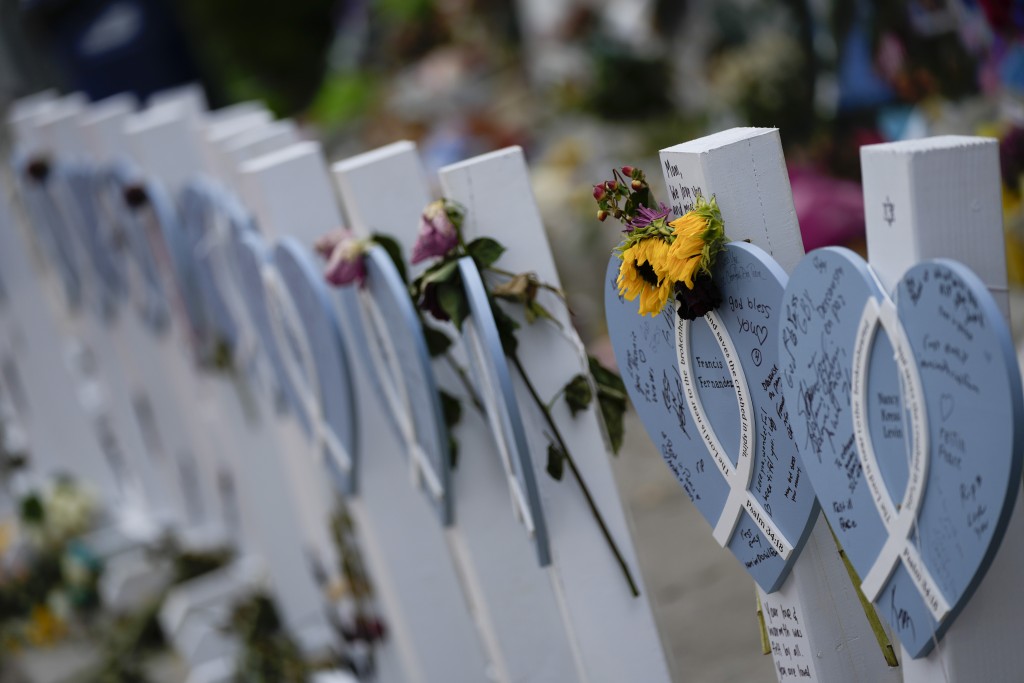 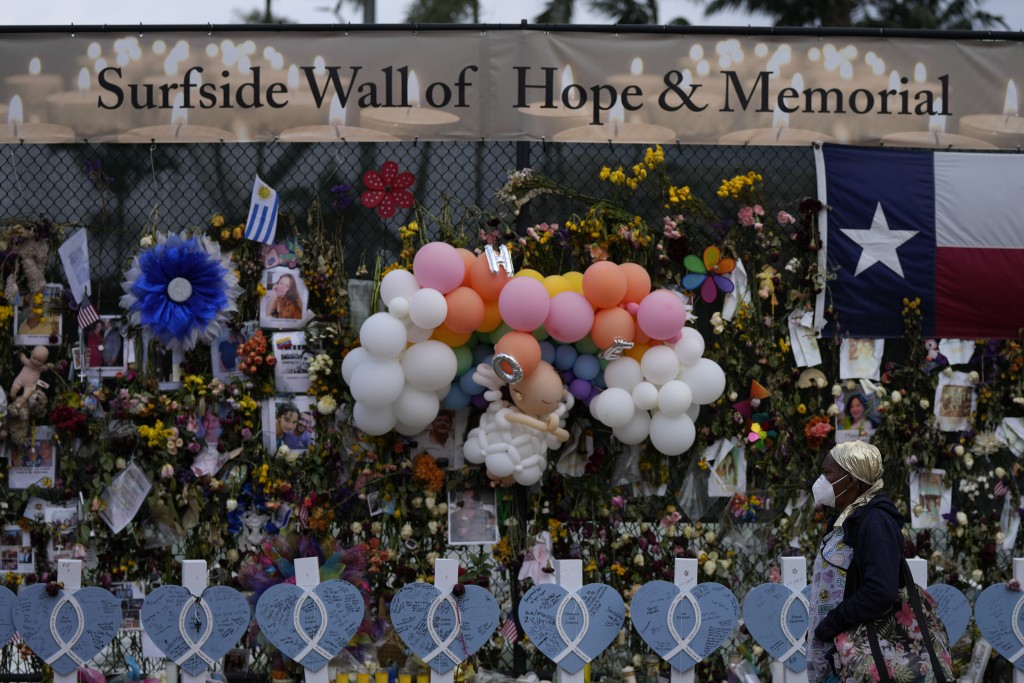 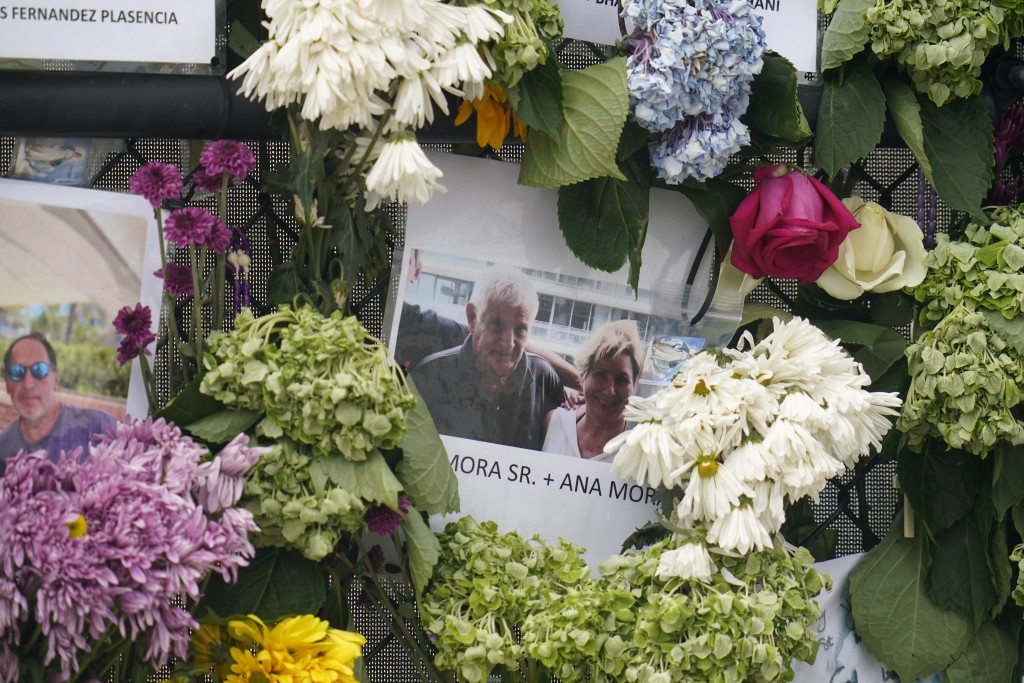 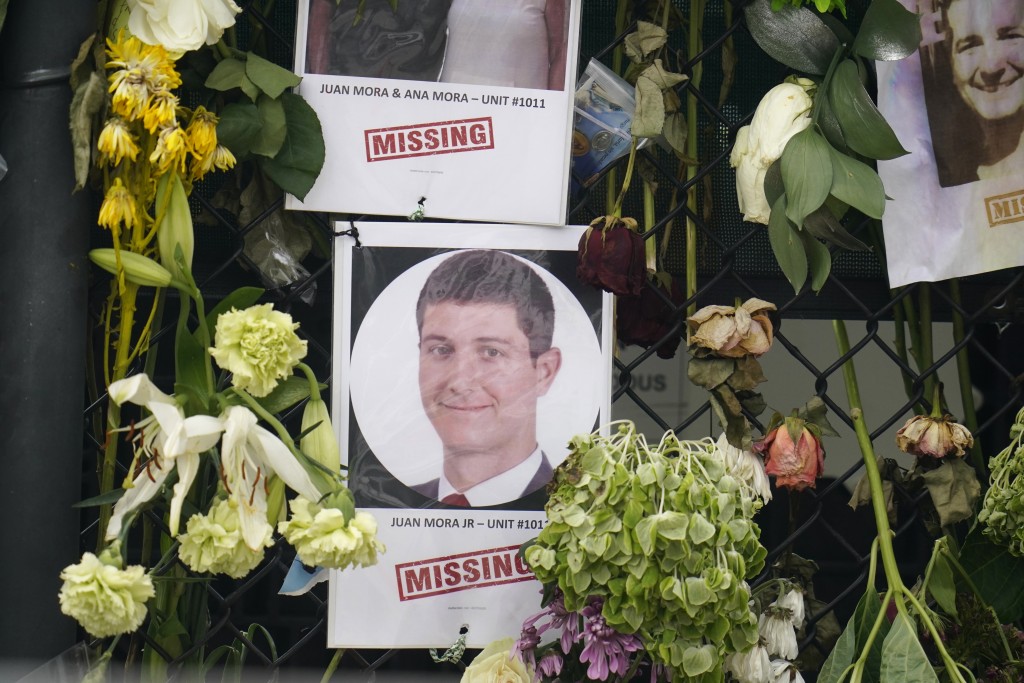 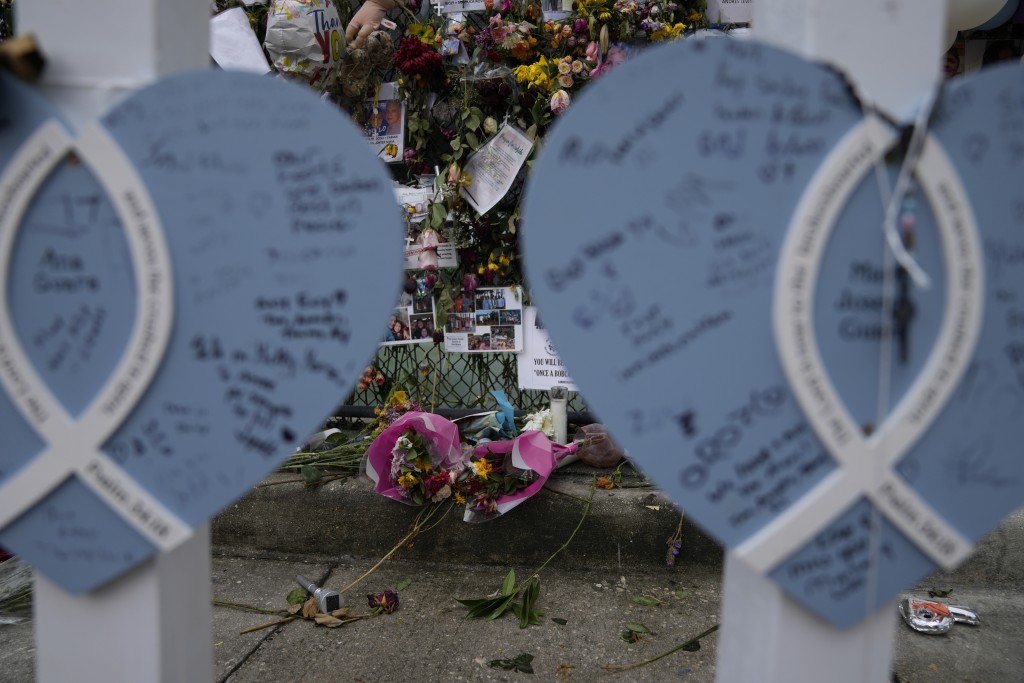 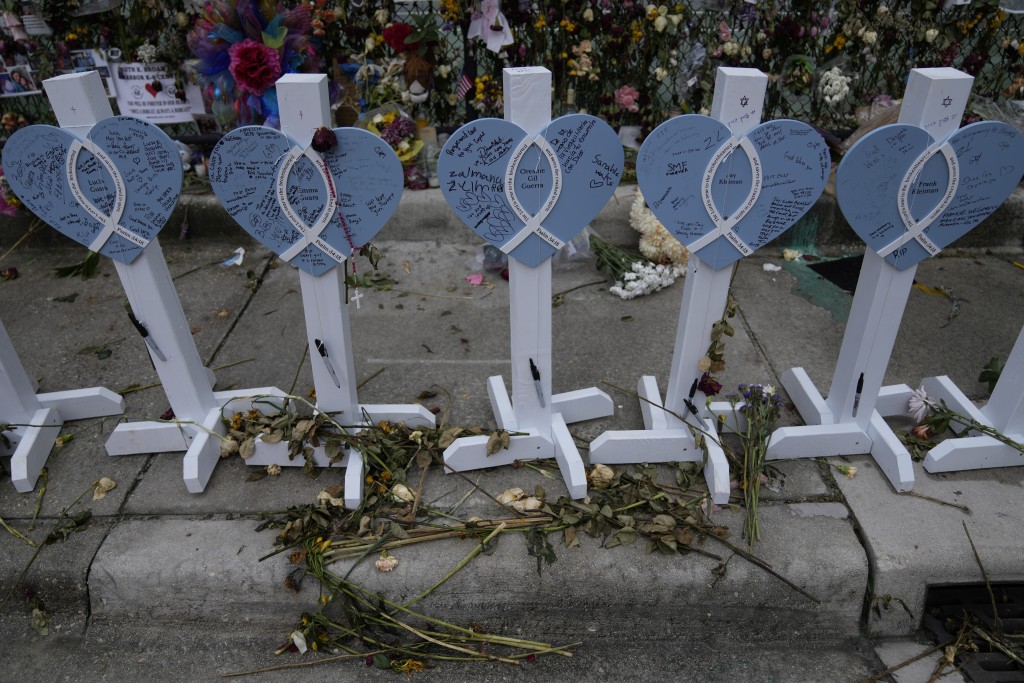 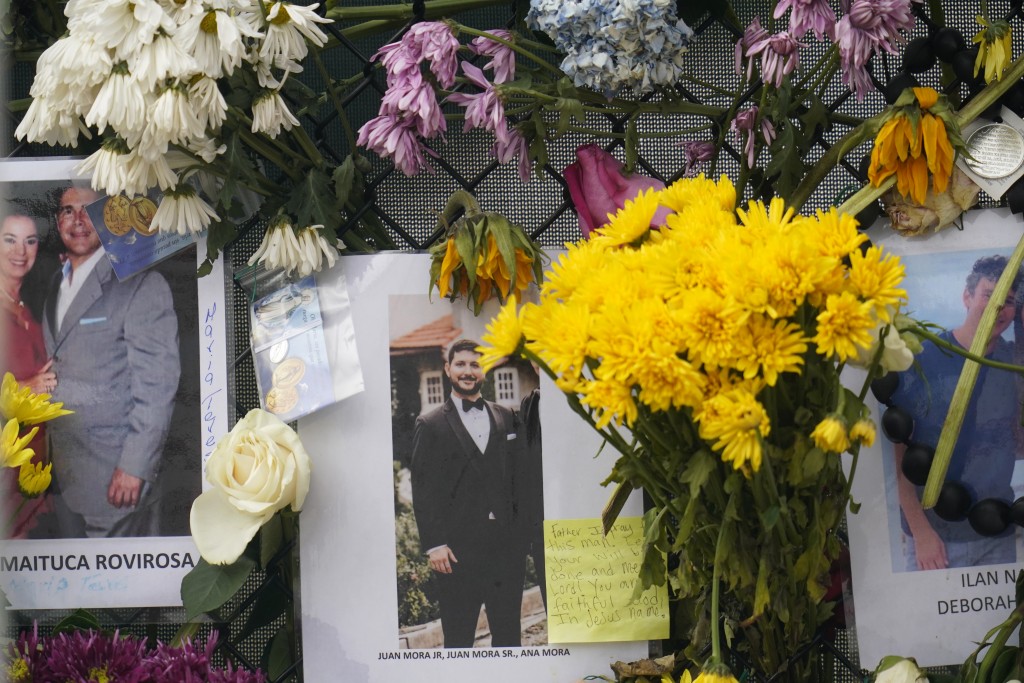 SURFSIDE, Fla. (AP) — As crews keep searching for the last missing remains of the souls who perished in their collapsing beachfront condos nearly three weeks ago, the question is swirling across the ruins of the Champlain Towers South: What will become of the ground that bears so much pain?

“There’s a lot of emotion. People talk about it as a holy site,” said Miami-Dade Police Director Alfredo Ramirez. “People want some sort of connection with their family member.”

Surfside Mayor Charles Burkett suggested Monday that with scores of families still processing their losses, it's too soon to come up with anything specific. But he said the tragedy — now with 94 people confirmed dead and 22 others still missing — compels that something be placed on the site to remember them.

“I think the first thing we need to do is get the families situated, so they have a semblance of their life back — get them to the point where they aren’t burdened by the grief and emotion that they’re going through right now,” Burkett said.

“It’s obvious that this has become much more than a collapsed building site,” the mayor said. “It has become a holy site.”

An impromptu memorial sprung up along a nearby tennis court, soon after the collapse. Its fence is now festooned with drying bouquets and fading photographs of those confirmed dead and those yet to be found. Crosses and candles line the street, and stars of David are interspersed throughout the scene. There are teddy bears, toys, shoes — all in tribute to the scores of victims.

Within the rubble, personal items are being collected and will eventually be returned to their owners or next of kin. The twisted steel rebar and shards of concrete that have been hauled away, under the escort of police, are being kept in storage for investigators who are gathering clues as to what made 12 stories plunge to the ground on June 24.

In time, all of it will be cleared away. What then?

Memorials are not unusual after a tragedy, of course. Monuments were erected at the site of the World Trade Center after its twin towers were felled by terrorists, as was a memorial in Oklahoma City. After 1989's Loma Prieta Earthquake in Northern California, memorials popped up across the San Francisco Bay Area.

It's a human act to want to remember, said Dovy Ainsworth, whose parents, Tzvi and Itty Ainsworth, died in the Surfside tragedy.

“It provides comfort for the families and community while also serving as a reminder ensuring it never happens again,” Ainsworth said, suggesting that it might be inappropriate to rebuild because “so many lost their lives.”

Soraya Cohen, the wife of Brad Cohen, who is unaccounted for, wants the government to step in to buy the property so it can be preserved as a memorial. She said his remains are now part of what she and others call hallowed ground.

“The earth is soaked with the blood and tissue and other parts of the body of our loved ones, and to think that this area will just be looked at as a commercial development opportunity is quite frankly sickening," she said. “It is a sacred cemetery for Jewish and non-Jewish people alike, because they died there together in a horrible way.”

Owners of the demolished complex and its board of directors have yet to formally weigh in on the discussion. Survivors and family members are already suing for civil damages. The beachfront property sits atop valued real estate, which could complicate how things proceed.

“It seems indelicate and insensitive to talk about the use of the property other than a memorial,” said state Sen. Jason Pizzo, a Democrat whose district includes Surfside. "It's an incredibly complicated balance to be respectful and honor the memory of those we've lost, while also being diligent to ensure that we help people rebuild their lives (and) to get the greatest value for their homes.”

Authorities on Monday said they are increasing security along the perimeter to preserve potential evidence and to keep people off the property, however well-intentioned their interests might be, as they continue the search for those unaccounted for.

“This is one of those situations where you have the connections of the investigation and a lot of hurt, a lot of pain,” said Ramirez, the police director.