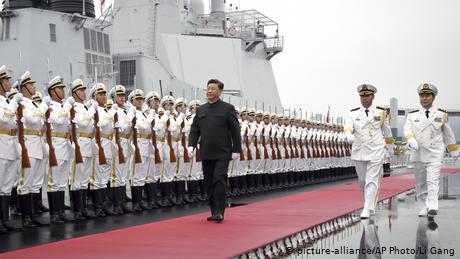 On July 12, 2016, the world began to hear about one of the most momentous legal decisions in recent Asian history.

For the first time, an international tribunal had been asked to rule on some of China's claims in the South China Sea. And in a remarkable ruling, five judges sitting in The Hague decided that most of them had no basis in international law.

The Permanent Court of Arbitration judgment said nothing about territorial claims — which country is the rightful owner of each rock and reef — but almost everything about who owns the resources in between those rocks and reefs. The tribunal decided that a line drawn on Chinese maps since 1947 (often called the "nine-dash line") did not amount to a legal claim on the oil, gas, fish and other resources of the sea.

Just as importantly, it ruled that none of the disputed reefs and rocks in the southern part of the sea was large enough to justify a claim on those resources either. On 14 out of 15 points, it supported the claims of the country that had brought the case: the Philippines. It was a stunning victory.

The Chinese authorities, on the other hand, were furious. They had refused to participate in the case, and the response of then Vice-Foreign Minister Liu Zhenmin was to call the ruling "nothing more than a piece of waste paper" and one that "will not be enforced by anyone."

Julian Ku is a professor of law at Hofstra University in the United States and monitored China's compliance with the ruling in the months after. He says that China made a point of not being seen to comply.

"For a while, there did seem to be some soft acquiescence such as allowing Filipino fishing at [the disputed reef known as] Scarborough Shoal," he says. "But any such acquiescence was framed as a matter of bilateral diplomacy rather than compliance." Since then, however, China has even been pretending to comply, he added.

If it had been followed, the Hague ruling would have ended most of the confrontations on the South China Sea. Although it is only binding on China and the Philippines, its principles could apply just as easily to Malaysia, Vietnam, Brunei and Indonesia. With clear guidelines on where each country could fish and drill, most of the heat would be taken out of the disputes.

Making the situation more complicated, the Philippines had a change of government just 12 days before the ruling was delivered. The country's new leader, Rodrigo Duterte, refused to damage his friendly relations with China by making use of it.

Duterte has, in his own words, kept the "piece of paper" in his "back pocket." With the Philippines unwilling to make use of the judgment, potential supporters have been left sitting on the sidelines.

The Philippine journalist Marites Vitug says Duterte has consistently undermined his own position.

"He has squandered an opportunity to use the ruling as a leverage in dealing with China, unable to prevent Chinese incursion in Philippine waters," Vitug says.

In exchange for his silence, Duterte was hoping to gain aid and investment from Beijing. But, says Vitug, "there is little to show for Duterte's appeasement of China. Only a fraction of the $24 billion (€20 billion) China pledged in investments in 2016 has come to the Philippines."

In terms of official aid, Japan is still the top donor. And the Philippines was among the last in Southeast Asia to receive its supply of Sinovac, a China-made vaccine, according to Vitug.

China 'shows no signs' it will alter approach

Despite Duterte's often colorful rhetoric toward China and the United States, the tribunal ruling remains the foundation of Philippine government policy toward the South China sea, says Jay Batongbacal, director of the Institute for Maritime Affairs and Law of the Sea at the University of the Philippines.

He says this can be seen in "the recent lifting of the Philippines moratorium on petroleum exploration, the resumption of an active government presence in the disputed areas, and protests against illegal and destructive Chinese fishing."

According to Batongbacal, "Duterte’s silence and derision of the award is not shared by the majority of the Filipino people, and not completely reflected by the actions of the government at sea."

Vitug points to recent comments by Philippine Foreign Secretary Teodoro Locsin Jr. to the effect that the award is "final" and that Manila "firmly rejects attempts to undermine it" as evidence of a determination to hold on to the country’s legal victory.

Nonetheless, China's pressure against the Philippines and the other Southeast Asian claimants is getting tougher.

According to Julian Ku, "China has not lowered its rhetoric of noncompliance, and has ratcheted up its actual noncompliance through kinetic actions. It shows no signs that it will alter this approach in the near future."

The disputed waters have seen an increased presence from China's navy, Coast Guard and maritime militia. Boats from the Philippines and other countries have been chased away from their traditional fishing grounds.

The Philippines is facing a looming energy crunch. Gas from its Malampaya field (which generates a fifth of the country’s electricity) is due to run out in a few years. Reserves from a part of the South China Sea known as the Reed Bank could keep the lights on.

Duterte has said his Chinese counterpart, Xi Jinping, threatened him with "war" if the Philippines went ahead with the project — even though the tribunal ruling gives Manila every right to do so.

At first sight, China does appear to have been successful in consigning the tribunal ruling to the wastepaper basket. However, key figures in the Philippines, other Southeast Asian governments and their international supporters are keeping it on the table.

For the past five years, China's lawyers have been trying to develop new arguments to justify their government’s actions, suggesting that even they know that the ruling cannot be simply wished away.