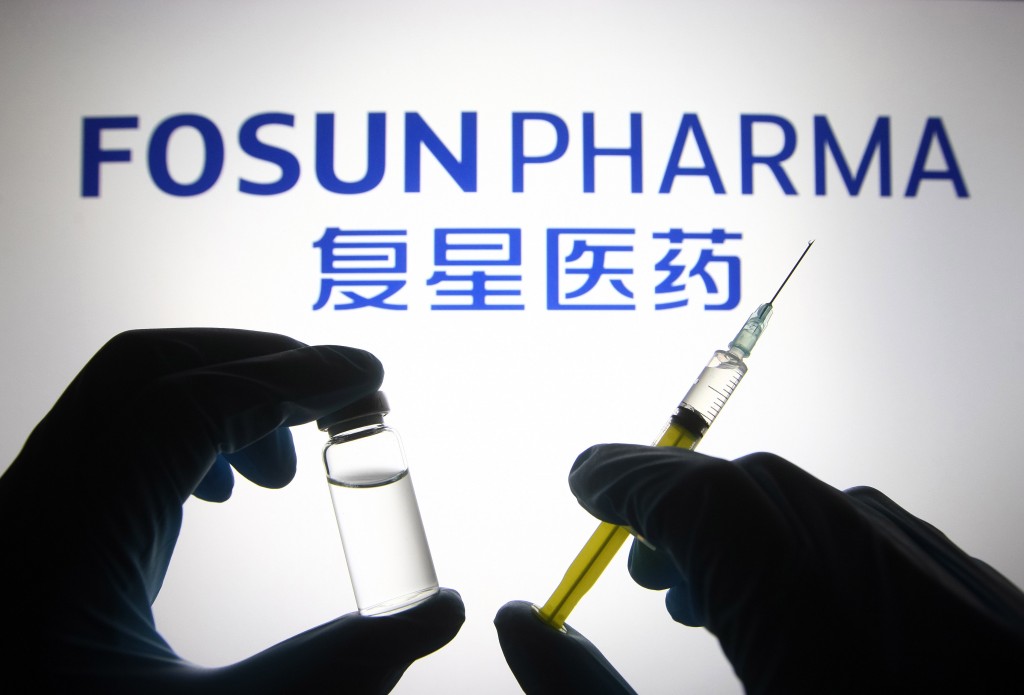 Beating Taiwanese companies and media to the punch, China's government-operated mouthpiece the Global Times on Monday (July 12) at 12:19 a.m. proclaimed that Shanghai Fosun Pharmaceutical Group had signed a deal with chipmaker Taiwan Semiconductor Manufacturing Co. (TSMC, 台積電) and electronics contract manufacturer Foxconn Technology (富士康) for 10 million doses of the Pfizer-BioNTech COVID-19 vaccine. TSMC and Foxconn founder Terry Gou's (郭台銘) charity, the Yonglin Foundation, will pay Fosun Pharma US$175 million each for the jabs, but they will be shipped directly from Germany.

The state-owned tabloid claimed that the Taiwanese tech firms had acted on behalf of the "local Taiwan authority," which it alleged has been "widely criticized for its attempts to politicize the vaccine deal by repeatedly rejecting potential vaccines offers from the Chinese mainland." The article claimed that Fosun Pharma had expressed its "willingness to provide the island" with the vaccine "more than once."

The newspaper then described the "plight" of Taiwanese residents as they scrambled for "leftover COVID-19 vaccines," which it purported brought about "public lambasting" of the Tsai administration. It claimed the Taiwanese public had blamed her Democratic Progressive Party (DPP) for "political interests above public health protection."

The article cited Wang Jianmin, a senior cross-strait expert at Minnan Normal University, as saying that the deal "comes a bit late, largely because of the Taiwan authority's hesitation and rule-breaking in the whole process." He added that "If the authority could respect commercial rules instead of using political power to interfere with the process at the very beginning, perhaps the people in Taiwan could get out of the plight of the epidemic sooner."

During a speech at an online DPP meeting on May 26, President Tsai Ing-wen (蔡英文) responded to calls by the opposition Kuomintang party for direct purchases from China by pointing out that Taiwan and Germany's BioNTech were on the verge of signing a contract to purchase the vaccines, but due to interference from China, negotiations had been continuously delayed. Tsai stated that the Central Epidemic Command Center's (CECC) principle when purchasing vaccines is to buy them directly from the manufacturer: "Only by negotiating directly with the original manufacturer can you obtain the original manufacturer's direct guarantee and responsibility for quality and safety so as to avoid legal and political risks."

On May 27 of this year, CECC head Chen Shih-chung (陳時中) revealed that negotiations for the Pfizer–BioNTech COVID-19 vaccine had continued from Aug. 20 of last year until a mysterious stalemate occurred in January of this year. Chen said that on Jan. 8, four hours after the CECC and BioNTech appeared to be close to signing an agreement, the German firm "strongly recommended" that the CECC remove the words "our country" (我國) from the Chinese version of the press release.

The center changed "our country" to "Taiwan" in the version drafted on Jan. 9. However, on Jan. 15, BioNTech informed the center that there was a "reassessment of vaccine supply" and that the signing would need to be postponed several weeks.

The Liberty Times on June 21 alleged that the impasse had been created by interference from Chinese executive Xu Shanshan (徐姍姍). Xu, a native of China's Heilongjiang Province, is a senior executive at BioNTech's U.S. headquarters and vice president of Asia Pacific and China Development.

The newspaper alleges that Xu is the figure who raised objections over the use of the term "our country" in January. It cited sources from within BioNTech as stating that she had been sent by the company's Chinese partner, Shanghai Fosun Pharmaceutical (Group) Co., and alleging that she serves as a "cell" for the Chinese firm to press its agenda from within.

Foxconn and the Yonglin Foundation proposed their plan to the Taiwanese government on May 23 and on June 1 submitted the documents required to apply for permission to purchase and import coronavirus vaccines, while TSMC applied for permission on June 10. Amid the continuing vaccine shortage and rising cases, President Tsai on June 18 announced TSMC and the Yongling Foundation would negotiate deals for vaccine doses on the government's behalf.

TechNews on Monday reported that if everything goes smoothly, the combined 10 million doses will be shipped directly from Germany in September or October, while UDN estimated they will arrive in October.

By Jan. 8, the original date the deal with BionNtech was to have been signed, Taiwan had 825 confirmed COVID cases and seven deaths from the virus. However, by the time the tech firms signed the new deal with Fosun Pharma on July 11, Taiwan had accumulated 15,249 cases and 740 deaths. 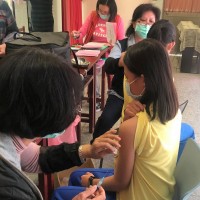