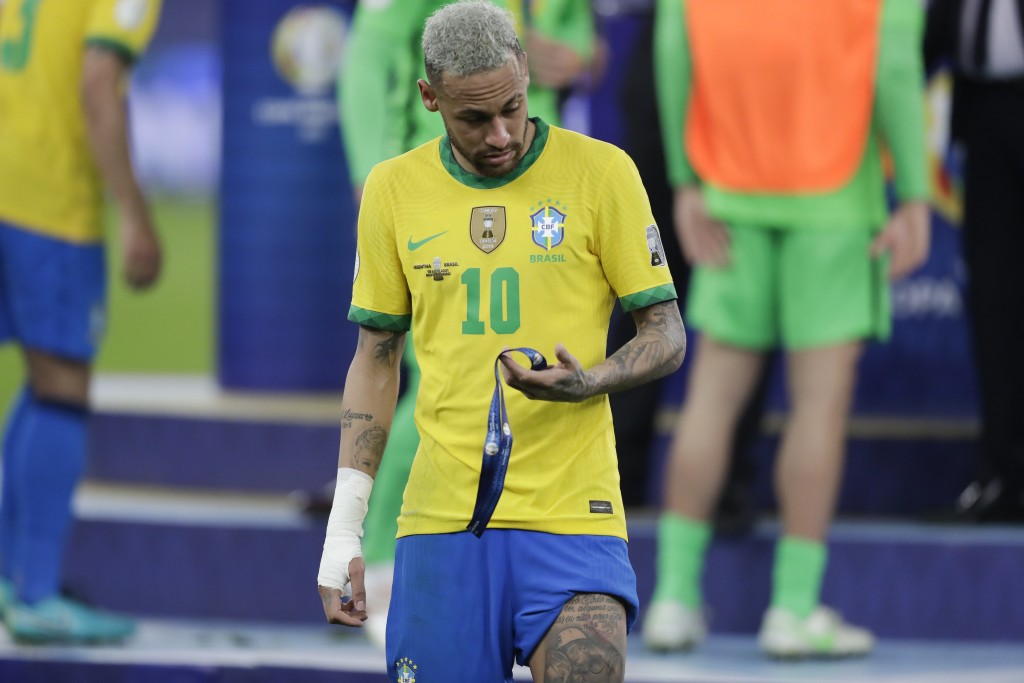 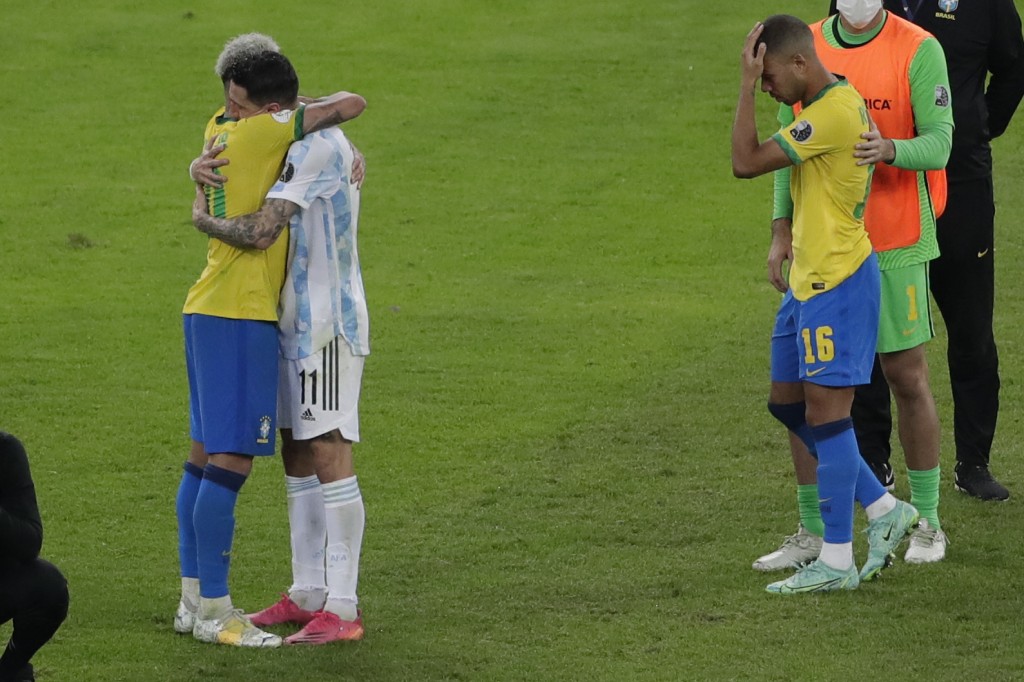 RIO DE JANEIRO (AP) — Brazil trusted its defense even more than Neymar to keep its Copa America title. It was a move that failed.

Argentina's 1-0 victory at the Maracana Stadium on Saturday proved that the Selecao's defensive prowess was not as strong as its players and coach have shown. Now coach Tite will have to rethink some of his alternatives, as he promised to use Copa America as a testing ground ahead of the World Cup in Qatar.

Argentina’s winner came in the 22nd minute after Rodrigo de Paul made a long pass to Ángel di Maria. The 33-year-old veteran striker counted on poor defending by left-back Renan Lodi to take control and lob it past goalkeeper Ederson.

Brazil had conceded only two goals in the tournament before the final. But Di Maria knew that Lodi could possbly be beaten.

“Before the match I told him (de Paul) that the left-back slept a little in the marking,” the Argentinian striker said after the match. Brazil's most frequent starter in the position, Alex Sandro, was recovering from injury.

But it wasn't only Lodi who made mistakes in Brazil's defense against Argentina. Veteran Thiago Silva and midfielder Casemiro, two of the steadiest players of the team, gave Argentina opportunities in the second half, some of them in unforced errors.

Silva acknowledged Brazil was under par in a match that marked the first Copa America title that the Selecao lost playing at home — it won in all previous five.

“It was not the Brazil team it usually is in the first minutes. When you concede in a match like this, it is hard to come back,” he said. “In the second half it was only one team trying to play, the other was just stopping the match. But we can't use excuses, we couldn't play our game in the first half.”

Brazil coach Tite praised Argentina for the title, but also said the defeat at home also came because Argentina didn't want the match to flow.

“We wanted to play, but there was a lot of anti-soccer. Fouls all the time, it took ages for the match to go on,” Tite said. “There was no pace. Their strategy was that. Argentina is very well placed defensively, has a great goalkeeper, a back four of quality, with good replacements. There's merits.”

Right-back Danilo and midfielder Fred, both starters at the Maracana, did not make clear mistakes in the final, but neither supported Brazil up front. Neymar was isolated for most of the match.

Brazil improved in the second half, running the risk of conceding another goal in a counter, after Fred was replaced by Roberto Firmino. Lucas Paquetá, a more creative player, was moved to Fred's position, which gave Brazil more ball possession, but not as many opportunities to score.

Messi was well-stopped for most of the match. His only opportunity came in the 88th minute when Brazil was in desperation mode, but Ederson stopped the shot.