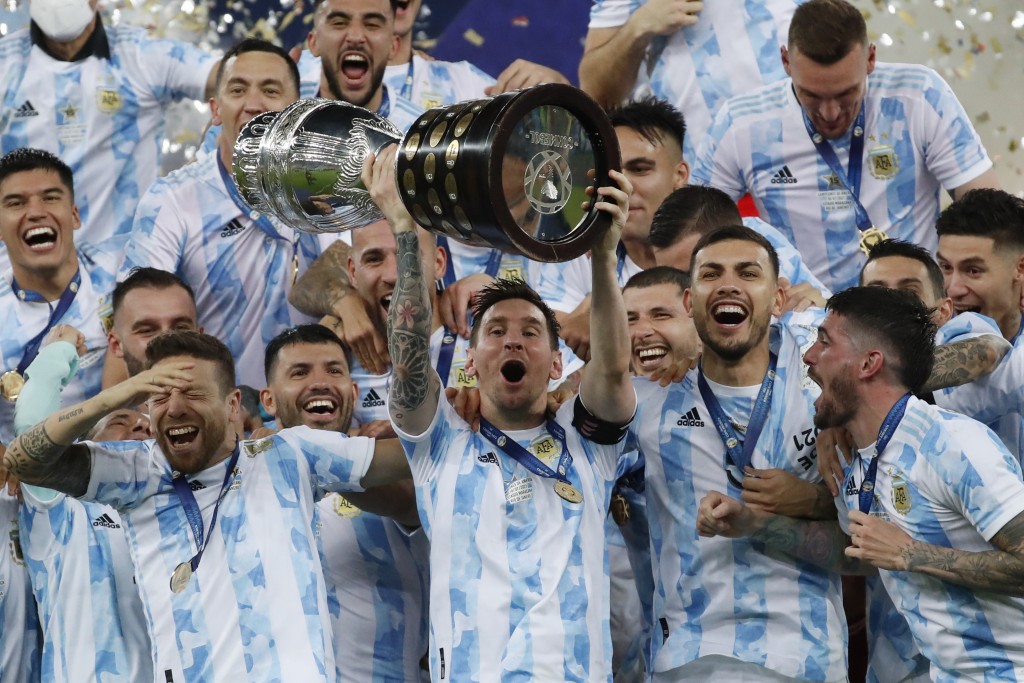 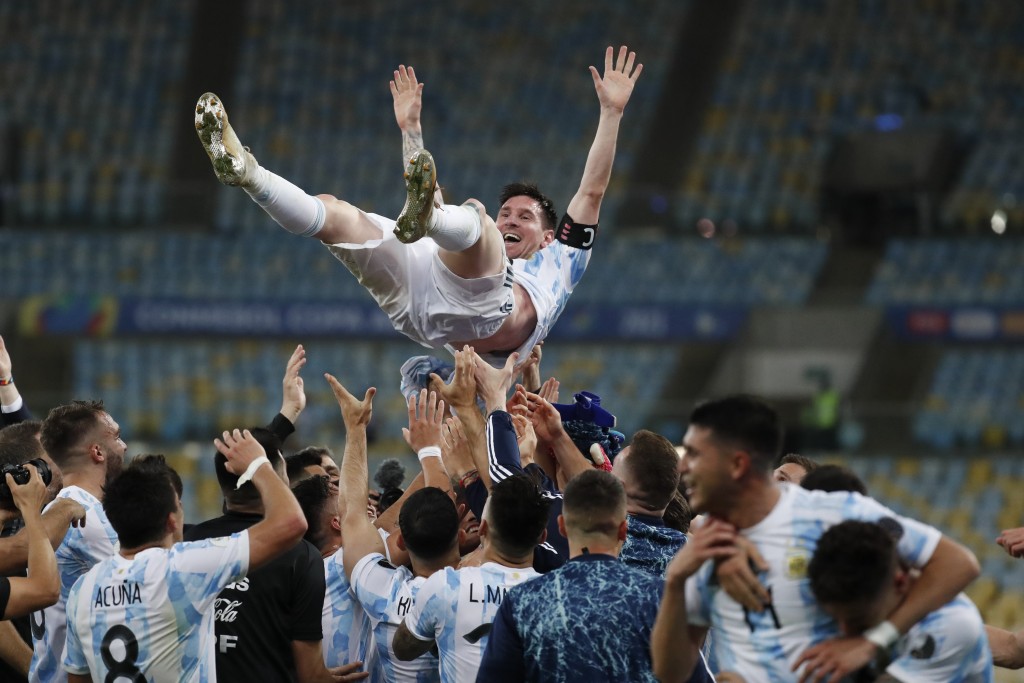 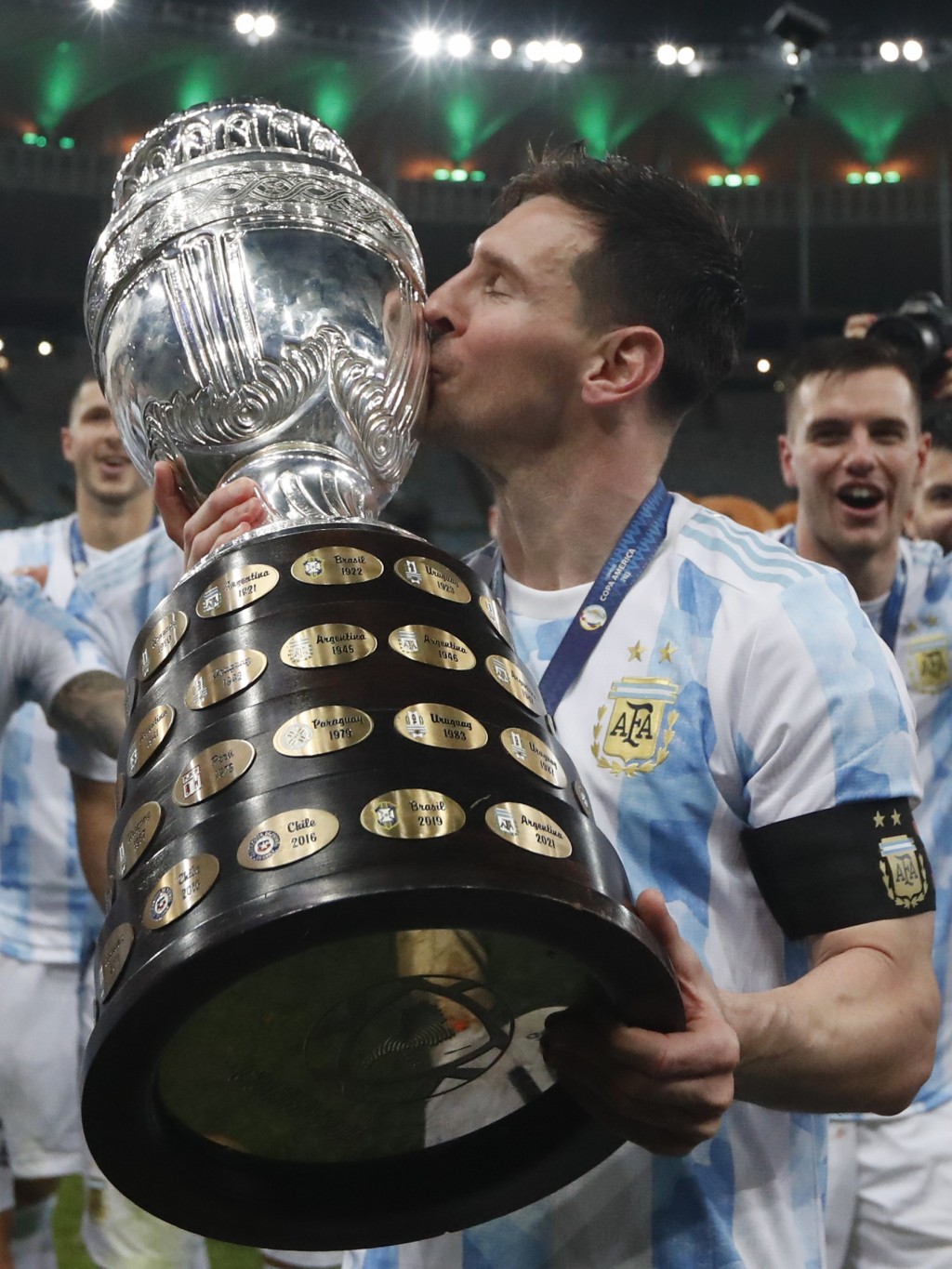 After losing four times in finals, early exits in major tournaments and even a decision to retire from the national team, the superstar celebrated a much-awaited title with Argentina at Saturday's 1-0 win against Brazil in the Maracana Stadium.

The title ended Argentina's 28-year drought of major trophies, with Messi as the best player with four goals and five assists. The captain also broke the team's record for international appearances with 151 matches.

“I needed to remove from myself the thorn of achieving something with the national team,” Messi said after celebrating with his teammates.

When Uruguayan referee Esteban Ostojich blew the final whistle, Messi knelt down on the pitch and covered his face with his hands.

After he lifted the Copa America trophy, Messi said on the pitch and spoke to his family on the phone. He flicked the golden medal around his neck and shouted “I won, I won!”

The next challenge is to win the World Cup in Qatar next year, which would be the first since Maradona took the team to the title in 1986.

Until Saturday, Messi's titles with Argentina were only the U-20 World Cup title in 2005 and a gold medal at the Beijing Olympics in 2008.

His first frustration at the senior-team level started at age 19 in the World Cup quarterfinals elimination against Germany in 2006. One year later, he saw Brazil beat Argentina 3-0 in the Copa America final.

His next major shot at winning with Argentina came in the 2014 World Cup final against Germany. The 1-0 defeat at the Maracana Stadium in Rio frustrated the star, who was voted the best player of the tournament, though his form was not as impressive as it was at his club.

Chile would crush Messi's hopes in two Copa America finals, in 2015 and 2016, both on penalties.

After the second defeat to Chile, Messi told journalists that the national team was over for him.

But he returned for South American World Cup qualifiers in which Argentina struggled. He took the team to Russia, but the round-of-16 defeat against France came at a turbulent time for the team.

Messi became more aggressive in the 2019 Copa America, much to the pleasure of Argentinian fans who considered him to be too cold, too European. Under a coach with little experience, Lionel Scaloni, he was surrounded by young players who got the best of him.

On Saturday Messi kissed the Copa America trophy and lifted it at age 34. The biggest gap in his decorated career is now closed.

His first public words after the title showed how thrilled and relieved he felt.

“What a beautiful madness!,” Messi said in an Instagram post showing him shirtless holding the Copa America trophy at the Maracana's dressing room. “This is unbelievable! Thank you, God! We are the champions!”

Goalkeeper Emiliano Martinez, one of Argentina's key players in the tournament, said Messi “is the one who most deserved” to win the South American title.

Later at a news conference Messi said his happiness was “unexplainable.”

“I was sad before, but I knew that at some point it was going to happen,” he said. “I feel that God was saving this moment for me, against Brazil in a final and in their country.”