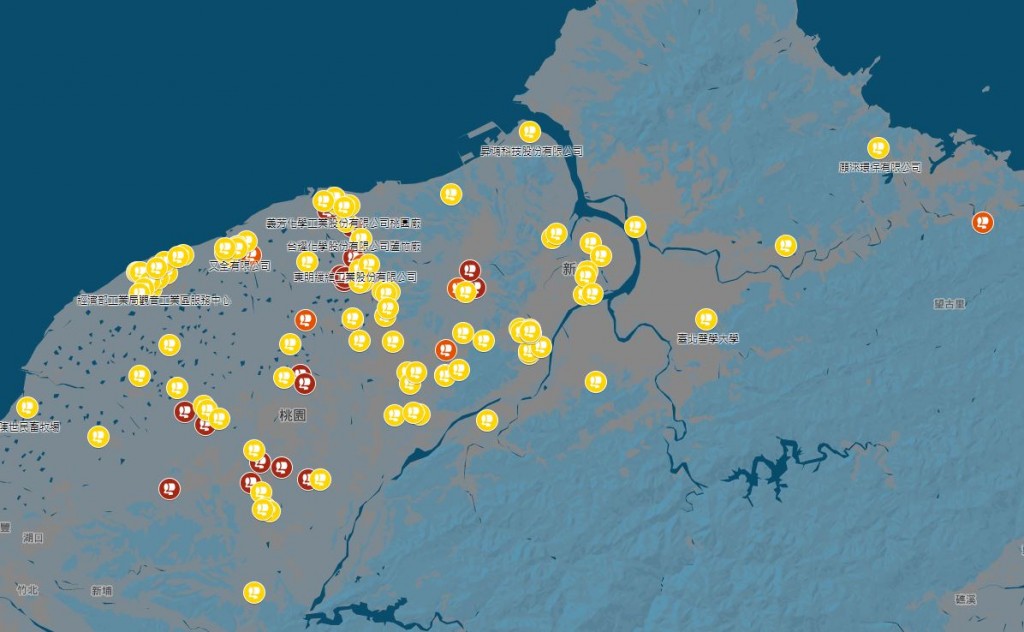 TAIPEI (Taiwan News) — An investigation showed that in 2020, at least 126 companies were polluting the Tamsui River, the longest river in northern Taiwan, with total fines surpassing NT$12 million (US$429,095) in New Taipei City alone.

Flowing through four highly developed, densely populated municipalities — Taipei, New Taipei City, Keelung, and Taoyuan — the Tamsui River is notorious for its dark color and rancid smell, which have become part of the urban landscape.

The main source of pollution, industrial sewage, is illegally dumped by jerry-rigged factories in Taipei, such as those scattered along the riverside in Shezidao. Some of the perpetrators are hidden in commercial areas, as is the case with one electroplating factory on Zhongzheng North Road in Sanchong District.

That factory was fined a total of NT$250,000 in four incidents last year that constituted violations of the water pollution law, according to a report from CommonWealth Magazine.

These hybrid factories near the river's tributaries, in which owners live in the buildings where industrial activities occur, have existed for over three decades. Many of them are not registered and do not have proper sewage pipes that meet regulations, according to the senior technical specialist from New Taipei's Environmental Protection Bureau, Hsu Ming-chih (許銘志). As more records have been at least partially released by the government in recent years, including lists of companies punished for pollution, local environmental groups have been able to match the monitoring data with the blacklisted companies to better supervise their activities.

The data mining has contributed to the creation of an interactive map that offers city dwellers a clearer picture of the sources of pollution and indicates a long road ahead to make clean rivers a guaranteed part of urban life.

Among the four cities in northern Taiwan, over 100 enterprises were fined for illegally dumping sewage in 2020. Many are publicly listed companies or belong to the government.