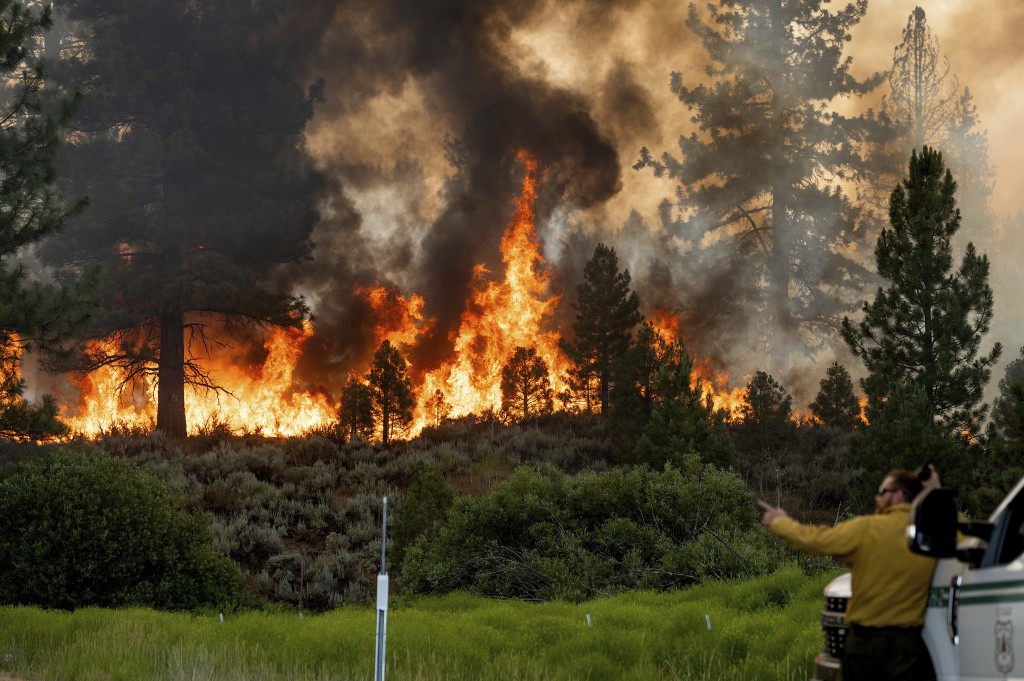 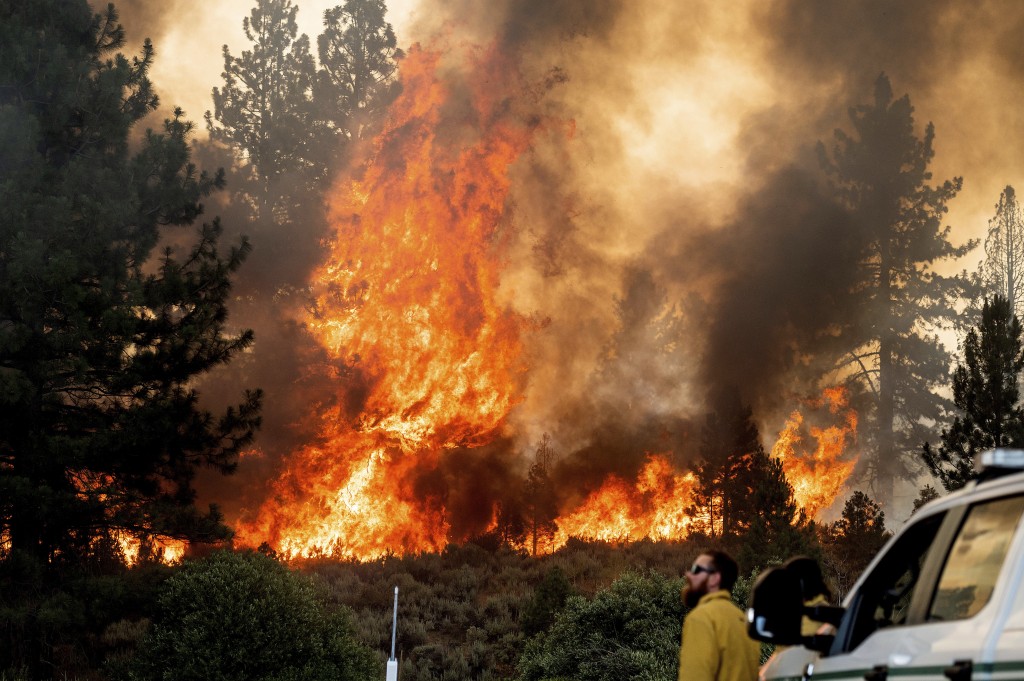 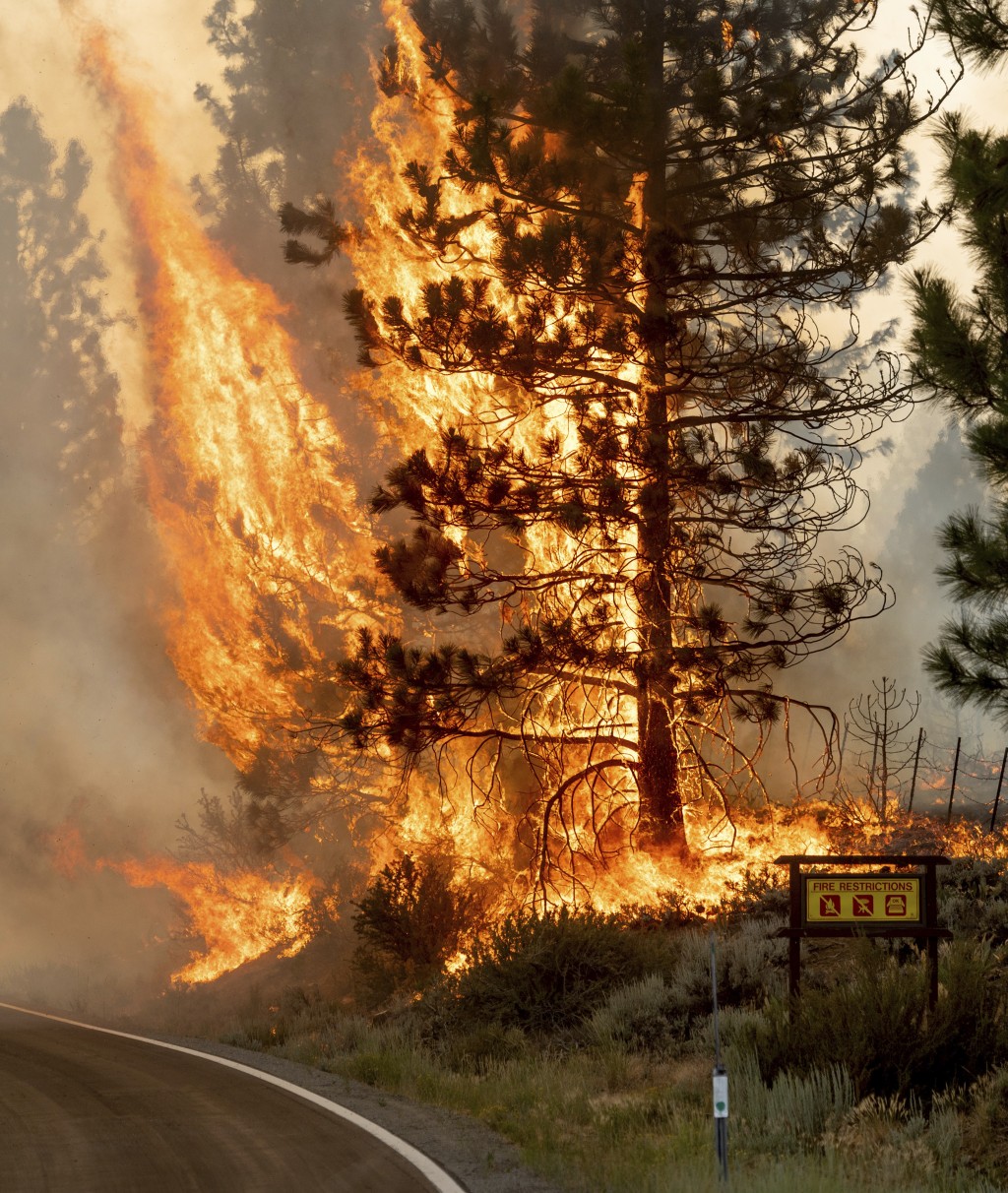 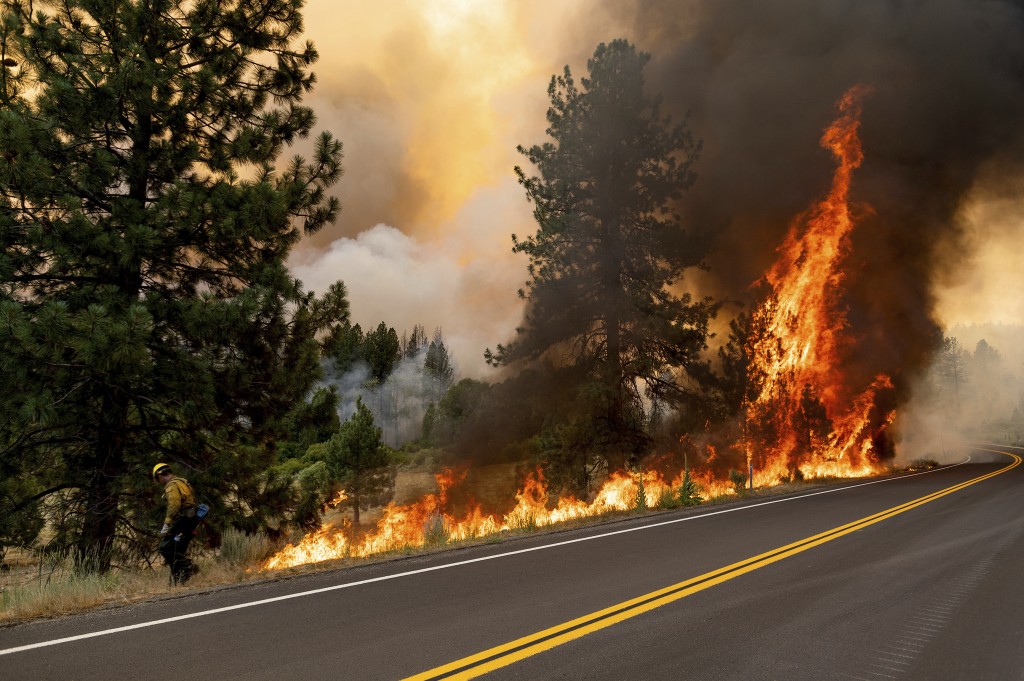 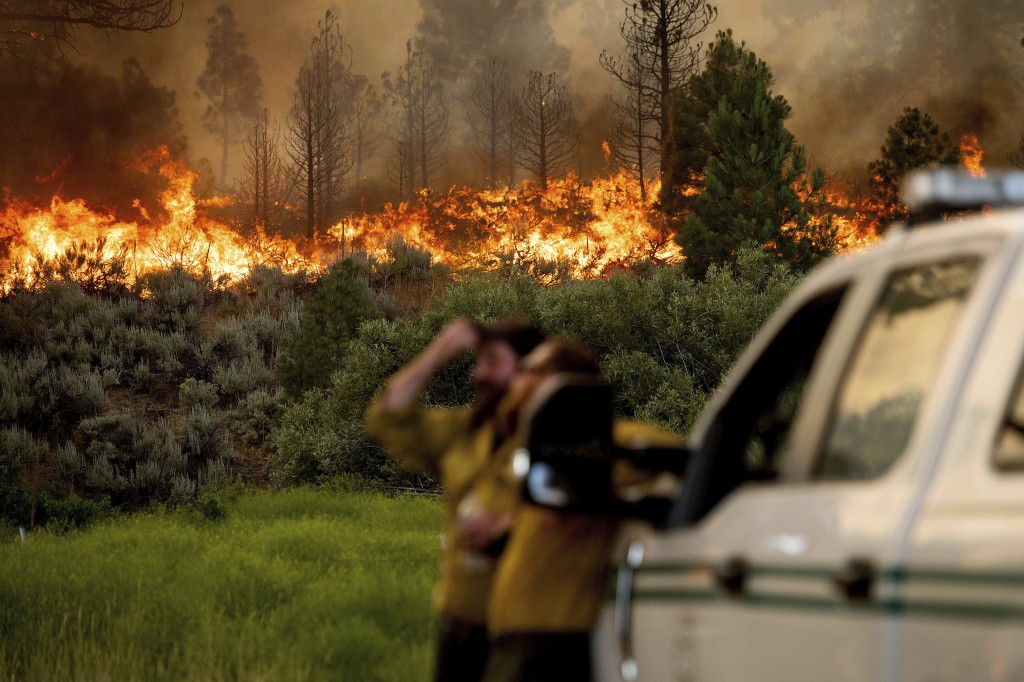 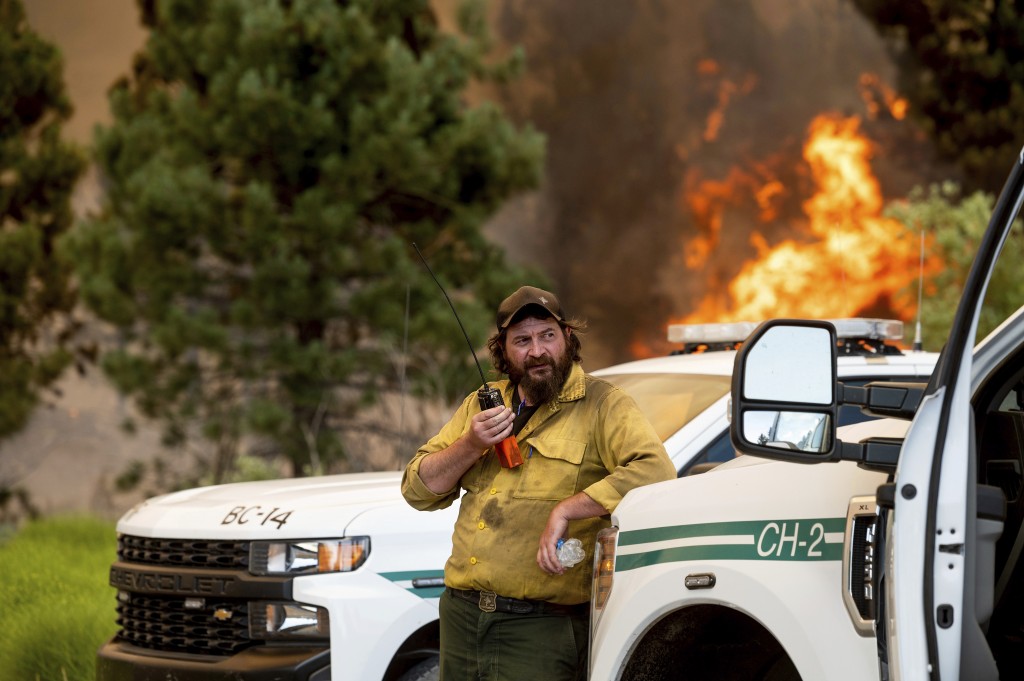 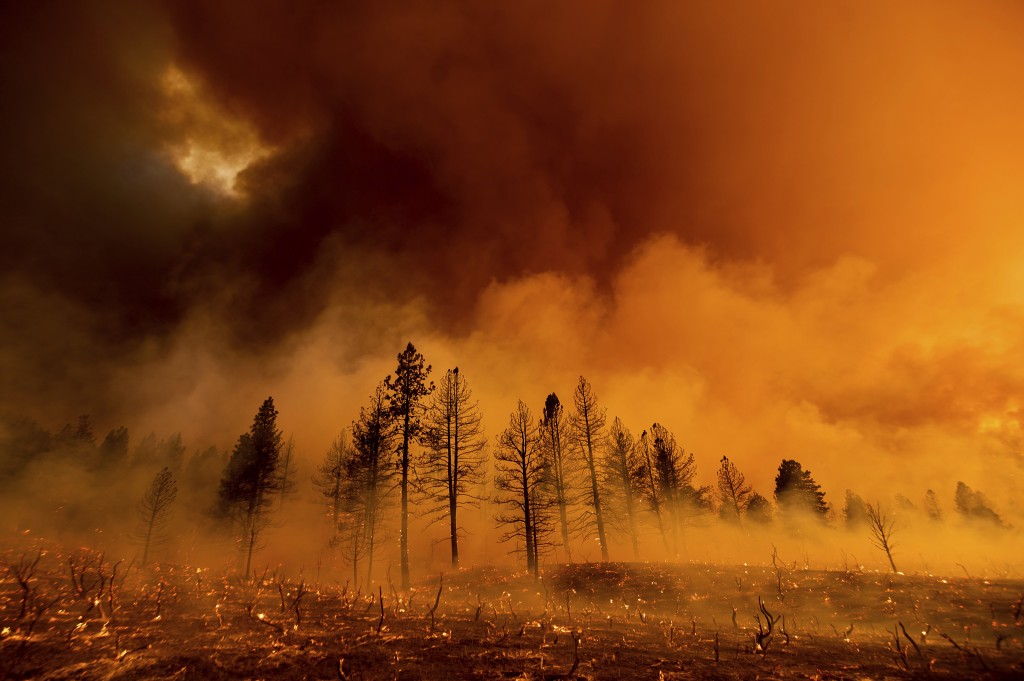 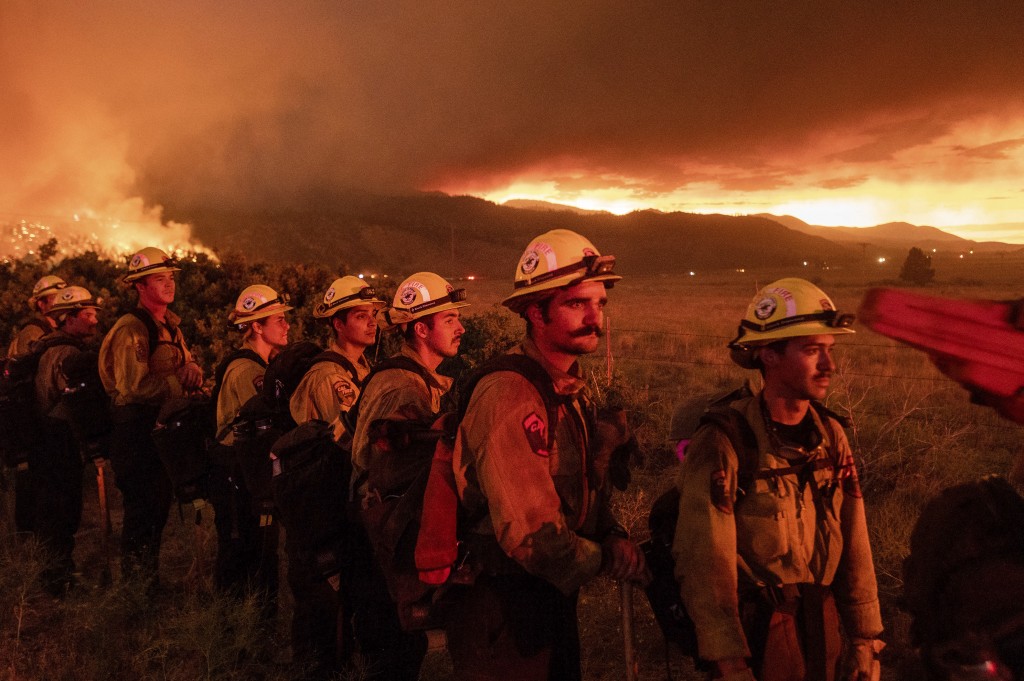 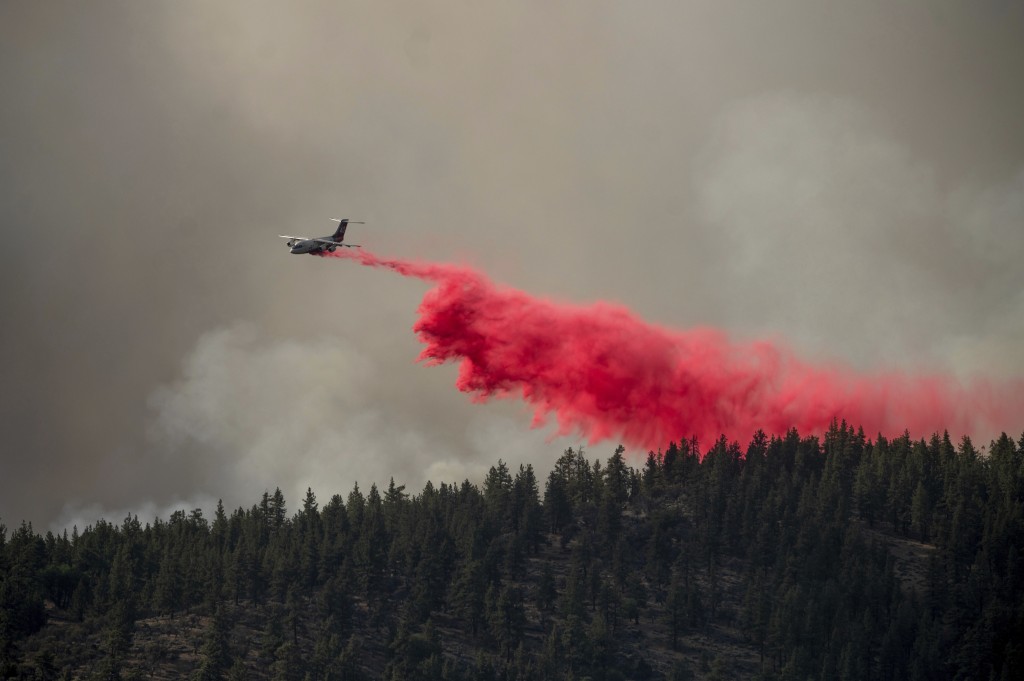 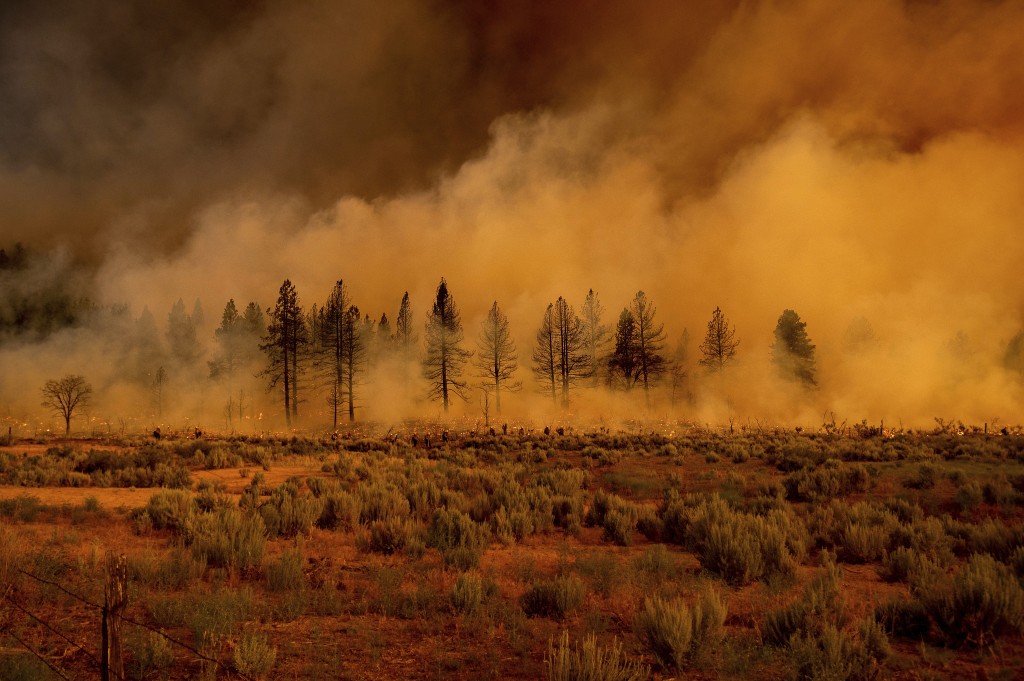 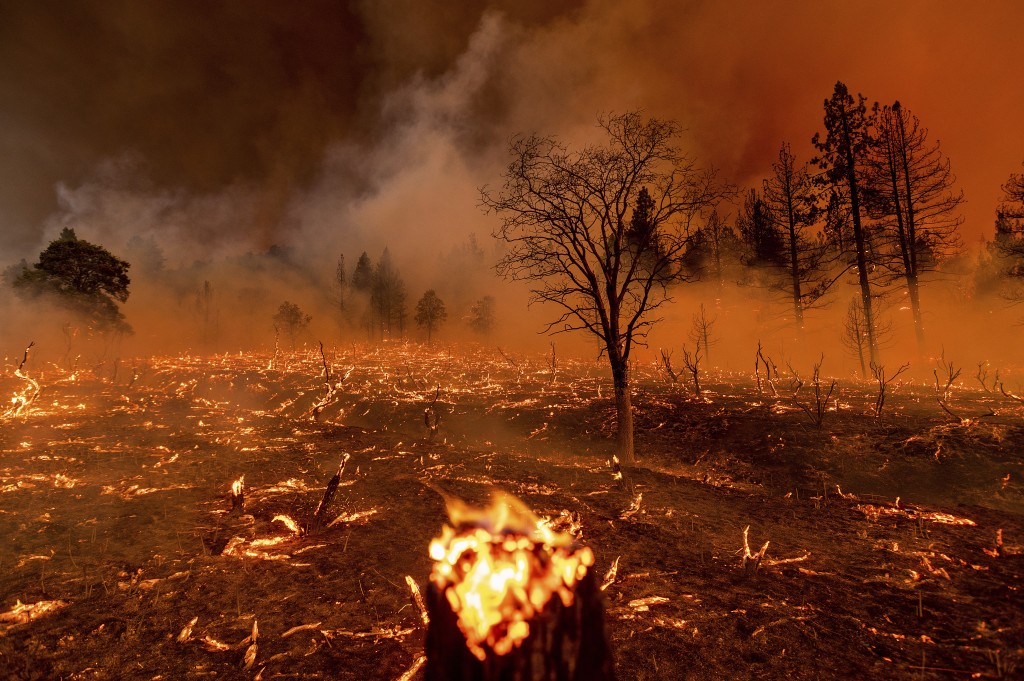 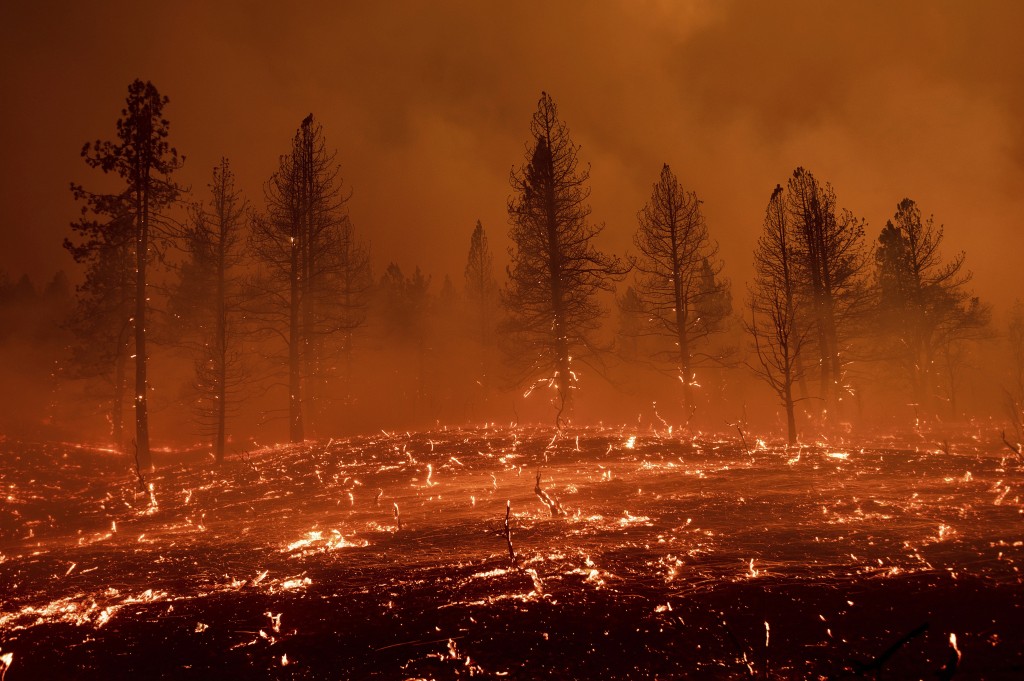 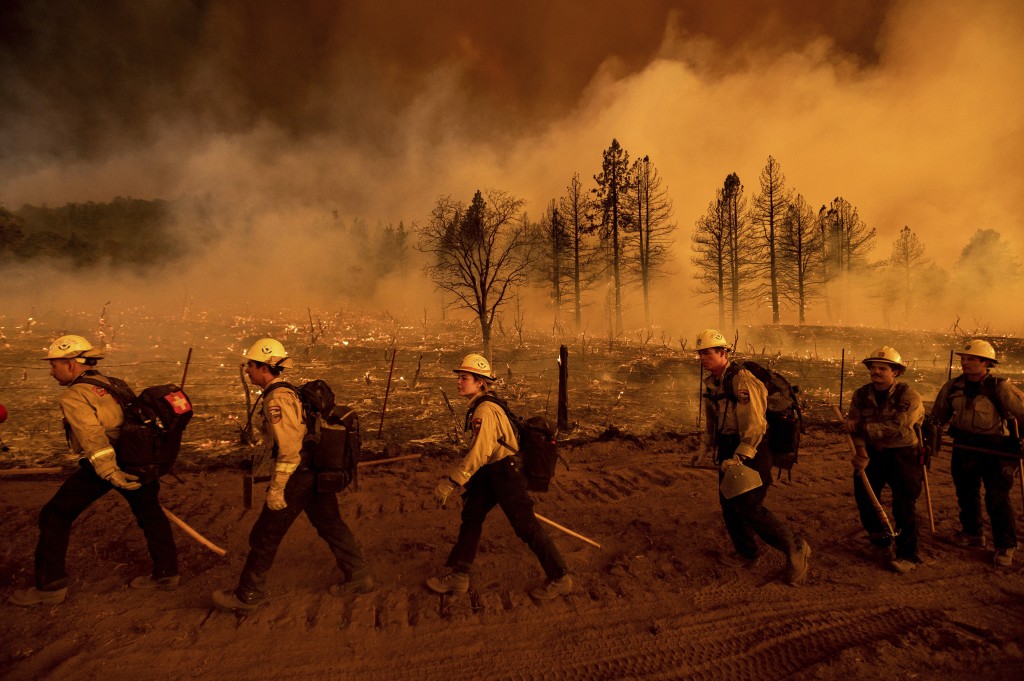 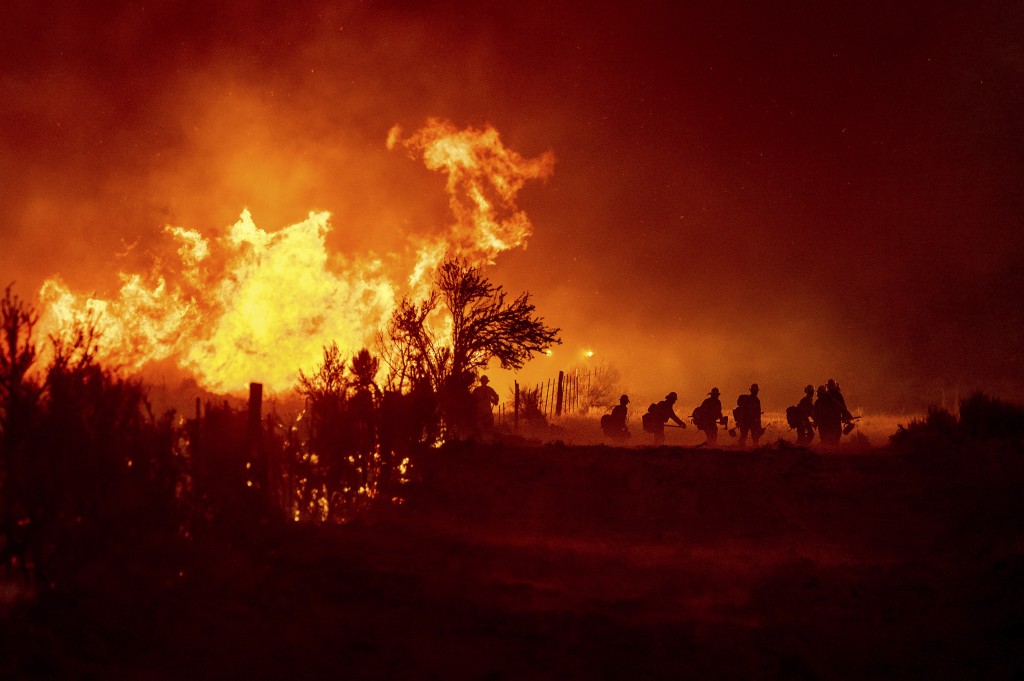 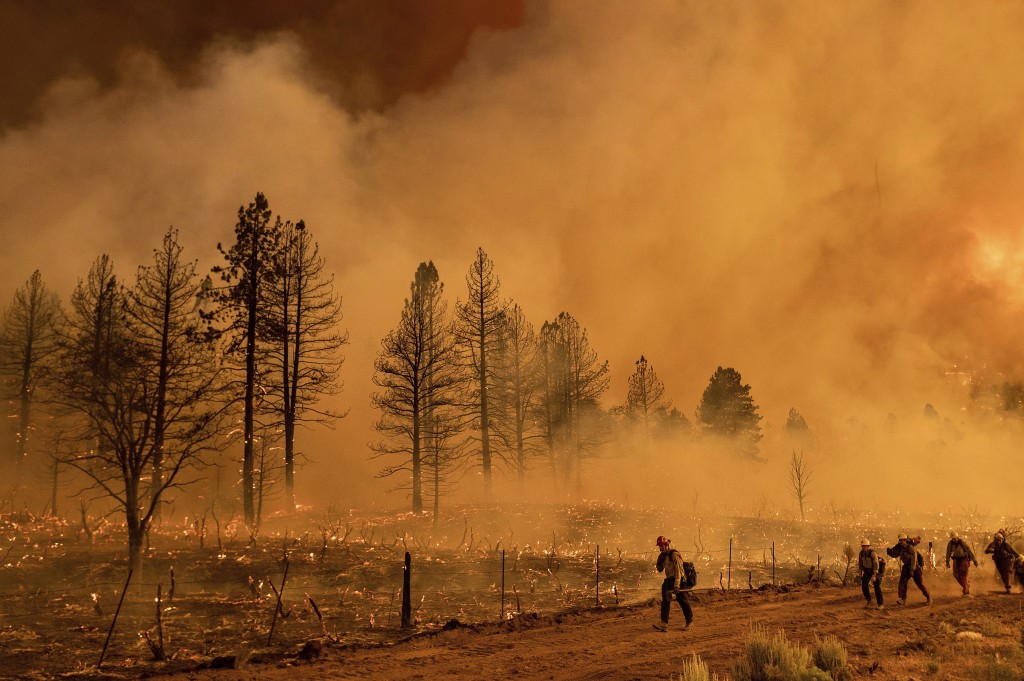 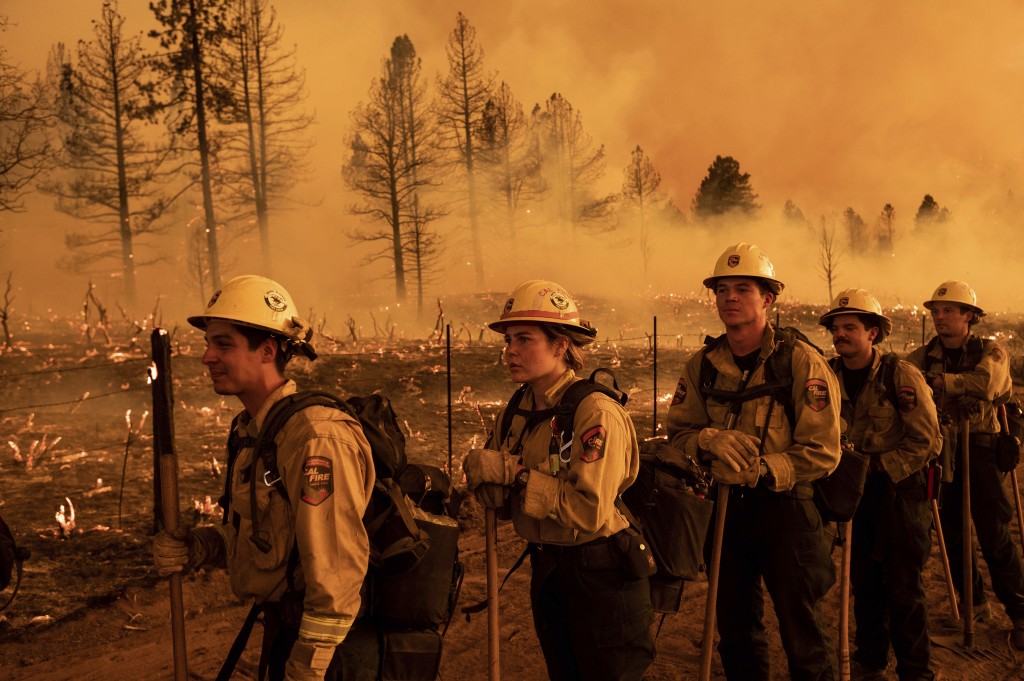 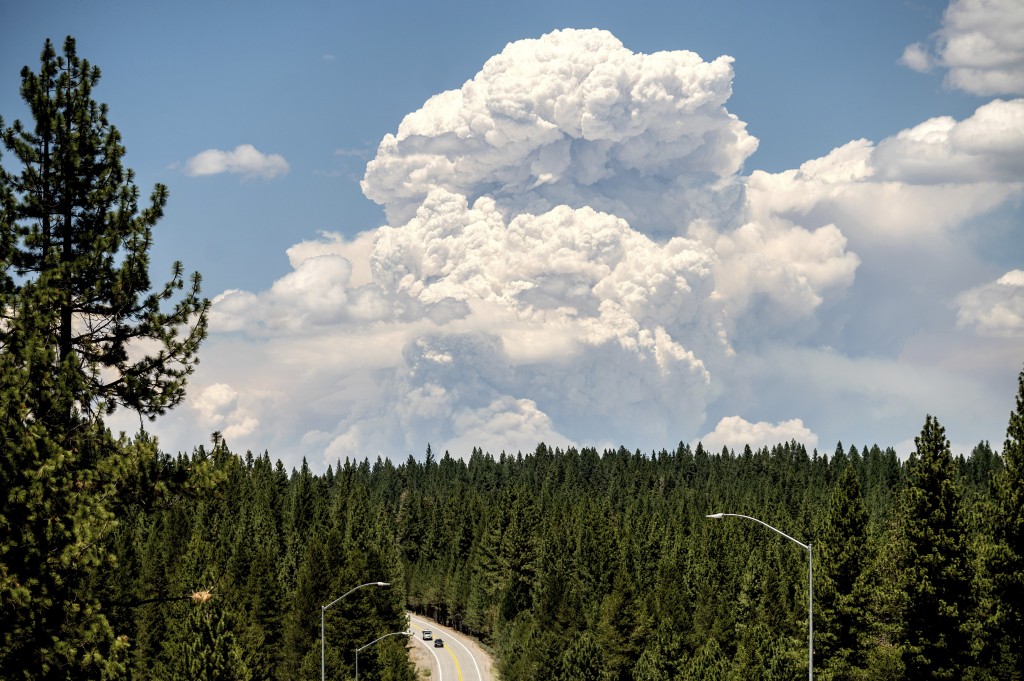 Death Valley in southeastern California's Mojave Desert reached 128 degrees Fahrenheit (53 Celsius) on Saturday, according to the National Weather Service's reading at Furnace Creek. The shockingly high temperature was actually lower than the previous day, when the location reached 130 F (54 C).

If confirmed as accurate, the 130-degree reading would be the hottest high recorded there since July 1913, when Furnace Creek desert hit 1,34 F (57 C), considered the highest measured temperature on Earth.

About 300 miles (483 kilometers) northwest of the sizzling desert, the largest wildfire of the year in California was raging along the border with Nevada. The Beckwourth Complex Fire — a combination of two lightning-caused fires burning 45 miles (72 kilometers) north of Lake Tahoe — showed no sign of slowing its rush northeast from the Sierra Nevada forest region after doubling in size between Friday and Saturday.

The blaze, which was only 8% contained, increased dramatically to 86 square miles (222 square kilometers) as firefighters sweltered in 100-degree temperatures.

It was one of several threatening homes across Western states that were expected to see triple-digit heat through the weekend as a high-pressure zone blankets the region.

Pushed by strong winds, a wildfire in southern Oregon doubled in size to 120 square miles (311 square kilometers) Saturday as it raced through heavy timber in the Fremont-Winema National Forest near the Klamath County town of Sprague River.

The National Weather Service warned the dangerous conditions could cause heat-related illnesses, while California’s power grid operator issued a statewide Flex Alert from 4 p.m. to 9 p.m. Saturday to avoid disruptions and rolling blackouts.

The California Independent System Operator warned of potential power shortage, not only because of mounting heat, but because a wildfire in southern Oregon was threatening transmission lines that carry imported power to California.

Palm Springs in Southern California hit a record high temperature of 120 F (49 C) Saturday. It was the fourth time temperatures have reached 120 degrees so far this year, the Desert Sun reported.

In north-central Arizona, Yavapai County on Saturday lifted an evacuation warning for Black Canyon City, an unincorporated town 43 miles (66 kilometers) north of Phoenix, after a fire in nearby mountains no longer posed a threat. In Mohave County, Arizona, two firefighters died Saturday after a aircraft they were in to respond to a small wildfire crashed, local media reported.

A wildfire in southeast Washington grew to almost 60 square miles (155 square kilometers) as it blackened grass and timber while it moved into the Umatilla National Forest.