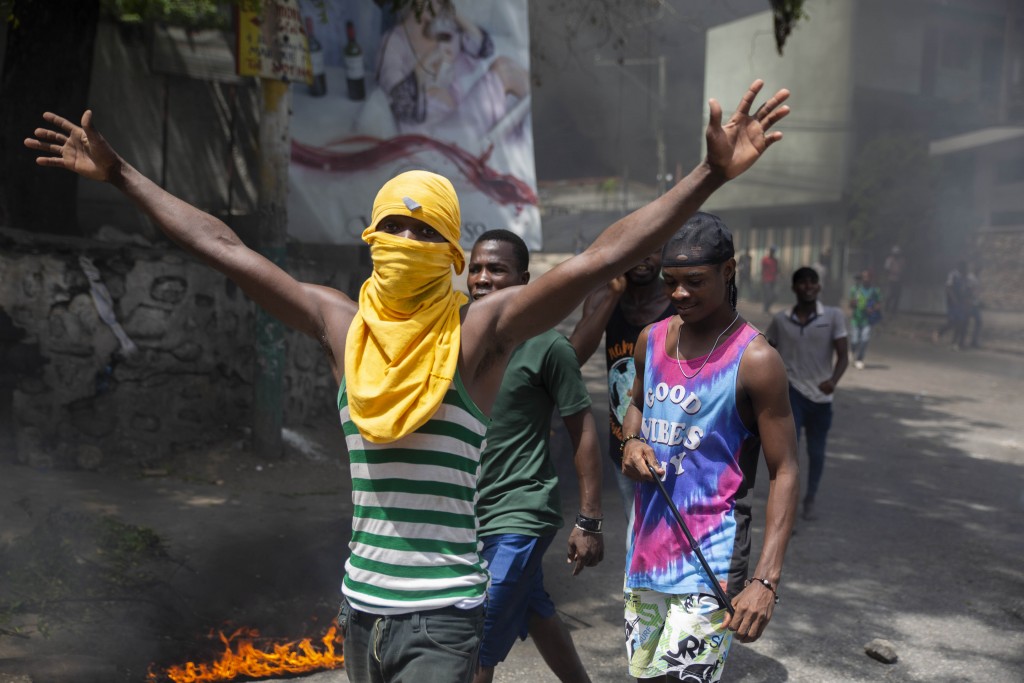 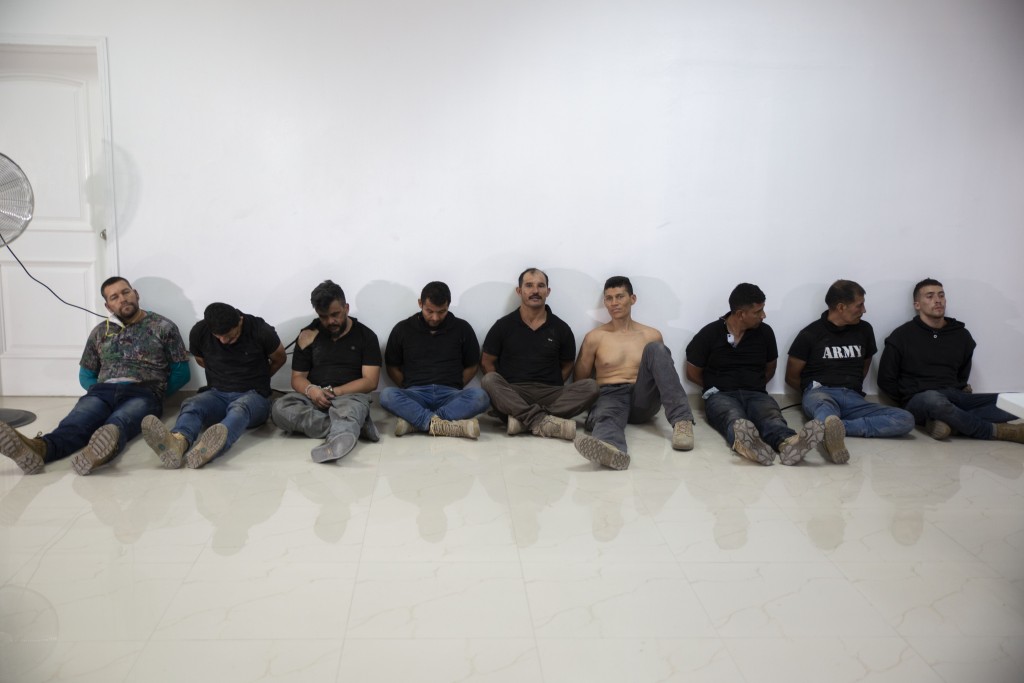 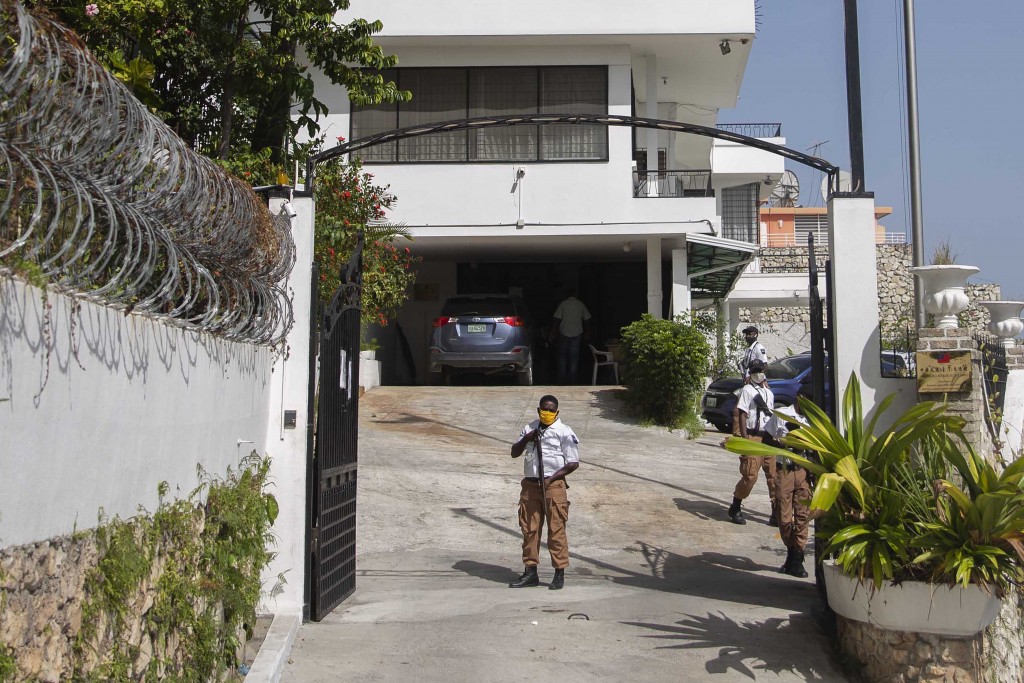 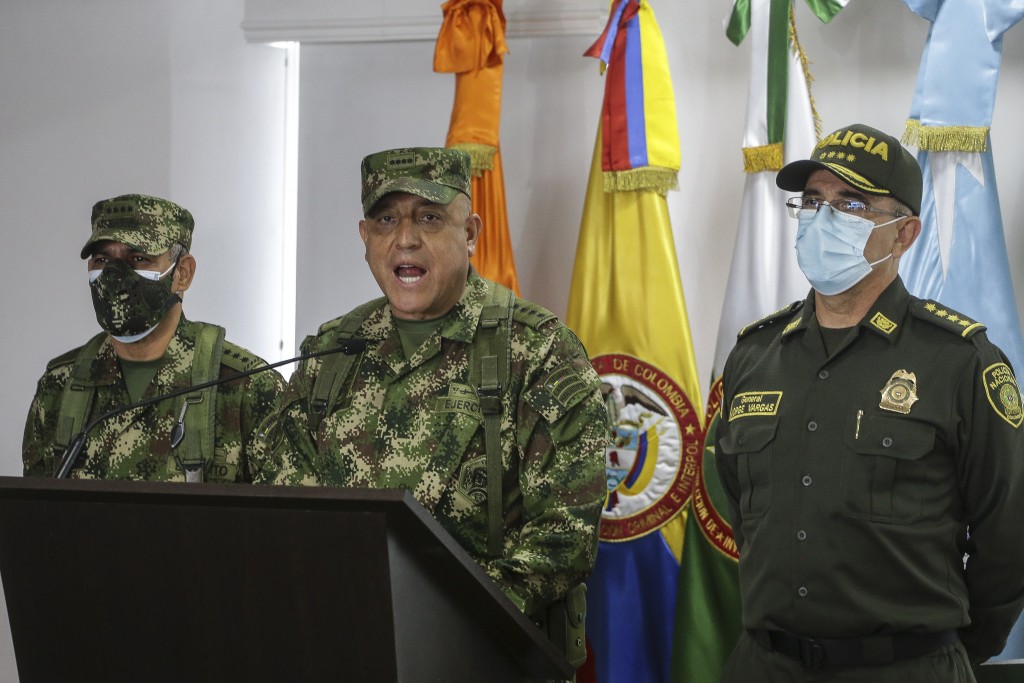 The latest developments in the assassination of Haitian President Jovenel Moïse:

MIAMI — An American arrested in connection to the assassination of Haiti’s president worked alongside Sean Penn to rebuild the country from a devastating earthquake in 2010, according to three people familiar with the Hollywood actor’s decade-old relief drive.

The two people said James Solages worked as a driver and in a security capacity for J/P Haitian Relief Organization, which was started by Penn following the magnitude 7.0 earthquake in 2010 that killed more than 300,000 people in the impoverished Caribbean nation.

One of the people said Solages had left the organization, now known as CORE, sometime in 2011. All three people requested anonymity because they were not authorized to discuss the matter publicly.

Penn laid down what he considers lifelong roots in Haiti following the earthquake, at one point even living in a tent city among some 40,000 Haitians left homeless by the natural disaster.

For his multi-year efforts on behalf of the Haitian people, former President Michel Martelly — the mentor of slain President Jovenel Moise — named Penn ambassador at large, the first non-Haitian to receive that designation.

Solages is one of two Haitian Americans arrested as part of the investigation into Moise’s murder. The 35-year-old studied in south Florida and in 2019 created a charity to help residents of his hometown of Jacmel, along Haiti’s southern coast. He worked as a bodyguard for Canada’s Embassy in Haiti but a relative says he had no military training.

By JOSHUA GOODMAN and TRENTON DANIEL

BOGOTA, Colombia — The director of Colombia’s police, Gen. Jorge Luis Vargas Valencia, says that four companies had been involved in recruiting and gathering suspects implicated in the assassination of Haiti’s president, though he did not release the companies’ names, saying they were being verified.

He said Friday that the Colombian suspects — several of whom were earlier identified as military veterans — travelled to the Caribbean nation in two groups by way of the Dominican Republic.

Vargas said Duberney Capador Giraldo and Alejandro Rivera García travelled from Colombia to Panama on May 6 and then to Santo Domingo, the Dominican capital. He said they then went to the Haitian capital of Port-au-Prince on May. 10.

A second group of 11 Colombians followed later. Police released a document indicating they had travelled on June 4 from Bogota to Punta Cana in the Dominican Republic and two days later crossed into Haiti.

It was not yet clear who had sponsored the men's recruitment.

BOGOTA, Colombia — The wife of a former Colombian soldier arrested in Haiti in the assassination of President Jovenel Moïse says her husband was recruited by a security firm to travel to the Dominican Republic last month.

The woman told Colombia’s W Radio on Friday that her husband, Francisco Uribe, was hired for $2,700 a month by a company named CTU to travel to the Dominican Republic, where he was told he would be providing protection to some powerful families.

She says she last spoke to her husband Wednesday at 10 p.m. — almost 24 hours after the raid on the president’s home — and said he was on guard duty at a house where he and others were staying.

“The next day he wrote me a message that sounded like a farewell,” the woman, who identified herself only as Yuli. “They were running, they had been attacked. ... That was the last contact I had.”

The woman said she knew little about her husband’s activities and was unaware he had even traveled to Haiti, where Colombians need a visa to enter.

Another arrested Colombian suspect, Manuel Antonio Grosso, last month posted on Facebook snapshots of himself visiting tourist spots in the Dominican capital, including the presidential palace.

Uribe has been under investigation for his alleged role in a spate of extrajudicial killings carried out by Colombia’s U.S.-trained army more than a decade ago. Colombian court records show that he and another soldier were accused of killing a civilian in 2008 who they later tried to present as a criminal killed in combat.

WASHINGTON — White House Press Secretary Jen Psaki says the U.S. will be sending senior FBI and Homeland Security officials to Haiti “as soon as possible” in response to a Haitian government request following the killing of President Jovenel Moïse.

She said Friday that the U.S. “remains engaged and in close consultations with our Haitian and international partners to support the Haitian people in the aftermath of the assassination.”

She also said that Haiti will begin receiving COVID-19 vaccines from the U.S. as soon as next week, depending on conditions at the airport. The country so far has been unable to get its vaccination program operating.

PORT-AU-PRINCE, Haiti — A judge investigating the assassination of Haitian President Jovenel Moïse says two Haitian-Americans arrested in the case were acting as translators for a larger group of attackers that originally planned to arrest, not kill the leader, the Le Nouvelliste newspaper reported Friday.

Speaking to the French-language newspaper, Judge Clément Noël didn’t elaborate on what grounds the group sought to arrest Moise. Noël said one of the suspects, James Solages, told him he “found this job on the internet.”

Solages had been in Haiti for only a month and the other U.S. citizen arrested, Joseph Vincent, for six months, Noël said.

A separate judge, Fidélito Dieudonné, said four of the 15 Colombians arrested in the case entered Haiti on June 6 after passing through the Dominican Republic.

Noël also told the newspaper that police confiscated weapons used by the attackers, including pistols, cartridges, the server of the surveillance camera at Moïse's home, a checkbook for the president and his wife, axes, wire cutters, clothes, food, cell phones and cash.

Haitian police say they have arrested 17 people in all in Wednesday's killing and are looking for more. They have not revealed a possible motive.

TAIPEI, Taiwan — Taiwan’s foreign ministry says Haitian police have arrested 11 armed suspects who tried to break into the its embassy in Port-au-Prince. It gave no details of the suspects’ identities or a reason for the break-in.

“As for whether the suspects were involved in the assassination of the President of Haiti, that will need to be investigated by the Haitian police,” Foreign Affairs spokesperson Joanne Ou told The Associated Press in Taipei.

Officials said police were alerted by embassy security guards while Taiwanese diplomats were working from home. The ministry said some doors and windows were broken but there was no other damage to the embassy.

Haiti is one of a handful of countries worldwide that maintain diplomatic relations with Taiwan instead of the rival mainland Chinese government in Beijing.

Seventeen suspects have been detained so far in the assassination of Haitian President Jovenel Moïse and Haitian authorities say two are believed to hold dual U.S.-Haitian citizenship and Colombia’s government says at least six are former members of its army.

Léon Charles, chief of Haiti’s National Police, said Thursday night that 15 of the detainees were from Colombia.