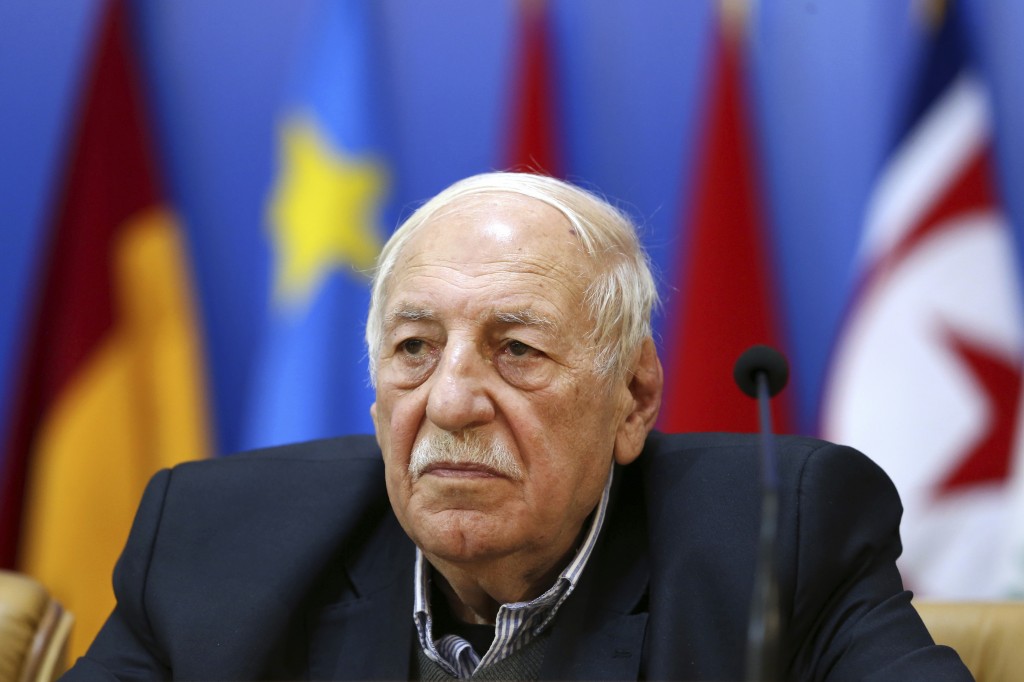 DAMASCUS, Syria (AP) — Hundreds of people attended on Friday the funeral of Ahmed Jibril, the leader of a breakaway Palestinian faction whose group carried out attacks in the 1970s and 1980s against Israeli targets was laid to rest in the Syrian capital of Damascus.

Special funeral prayers were held for Jibril whose coffin was wrapped with a Palestinian flag at Damascus’ Al-Othman Mosque and was later taken for burial in the cemetery of the Palestinian refugee camp of Yarmouk, Syria’s largest.

Jibril was buried next to his son, Jihad, who was killed in an explosion in 2002 in Beirut, for which the group blamed Israel. Jihad Jibril was head of the PFLP-GC military wing at the time.

The funeral was attended by hundreds of Palestinian and Syrian supporters as well as officials of Jibril’s Popular Front for the Liberation of Palestine-General Command and other Damascus-based Palestinian factions.

Jibril, 83, died on Wednesday in a Damascus hospital after being sick for months.

The son of a Palestinian father and a Syrian mother, Jibril was born in Jaffa in 1938, in what was then British-ruled Palestine. His family later moved to Syria, where he became an officer in the Syrian army and acquired Syrian nationality.

Jibril founded the PFLP in the late 1950s but broke away over ideological disputes. In 1968, he founded the pro-Syrian breakaway PFLP-GC, which briefly joined the Palestine Liberation Organization, but left the umbrella group in 1974, amid sharp disagreements with PLO leader Yasser Arafat.

Jibril was a vehement opponent of peace talks with Israel. His group became known for some of the more headline-grabbing attacks against Israel, including the hijacking an El Al jetliner in 1968 and machine gunning another at Zurich airport in 1969. In 1970, it planted a time-bomb on a Swissair jet that blew up on a flight from Zurich to Tel Aviv, killing all 47 on aboard.

The Damascus-based group also carried out attacks against Israel from its bases in Lebanon.

The group is considered a terrorist organization by the United States and other Western countries.