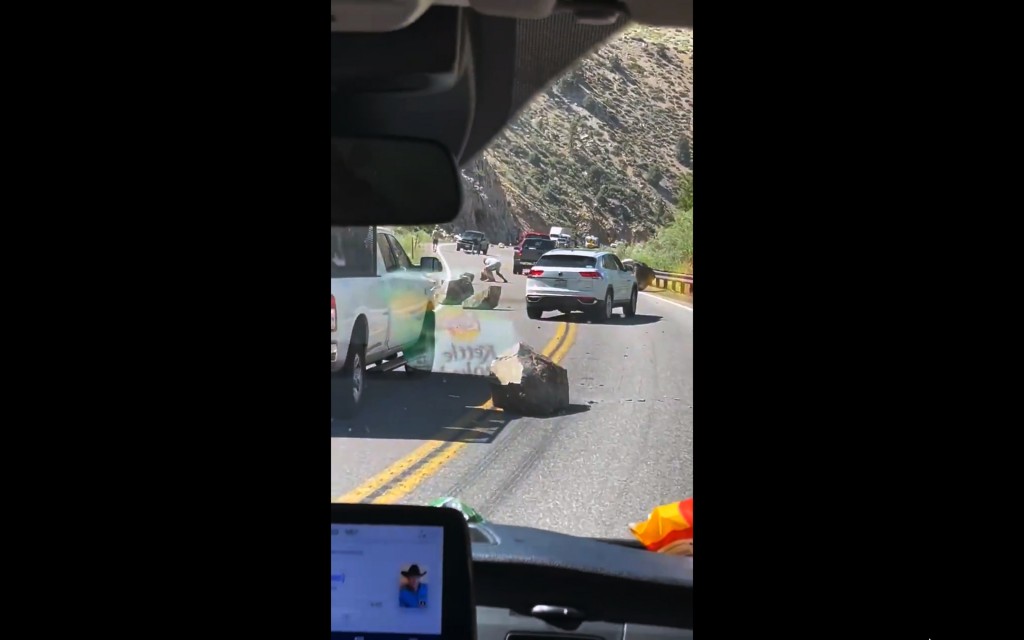 SAN FRANCISCO (AP) — Aftershocks have hit the region between Northern California and Nevada Friday after a magnitude 6 earthquake sent large boulders rolling into highways and knocked smaller items off shelves.

The quake shortly before 4 p.m. Thursday was centered south of Lake Tahoe near Walker, a rural community of a few hundred households in the eastern Sierra Nevada. It was felt as far off as Las Vegas and San Francisco, authorities said. Days of aftershocks are expected.

“We were relieved it wasn’t anything more substantial,” he said.

Thursday's earthquake was followed by scores of aftershocks, including at least a half-dozen of magnitude 4 or above, according to the U.S. Geological Survey. Friday's shocks are magnitude 3.7 and below.

Sally Rosen, owner of the Walker Burger restaurant, said Friday that she did not sleep well.

“There were aftershocks all night. There were a couple that were very strong in the middle of the night. And I even felt one this morning at the restaurant,” Rosen said. Nothing compared to the initial jolt and heavy shaking from the day before: “It was the most intense, violent kind of shaking” she’d ever felt, she said.

Cups, supplies and canned food tumbled off shelves and the contents of the refrigerator shifted around, but by morning they had cleaned it all up and the shop was back open for business, she said.

The California Highway Patrol said some cars were struck by rocks but there were no injuries. Video from drivers showed cars slowly navigating around big blocks of stone that littered the roadway.

At one point, rockslides closed about 40 miles (64 kilometers) of the interstate, a major route through the northern Sierra Nevada, but the road reopened some hours later.

Boxes flew off the shelves at Smith’s Food and Drug in Gardnerville, Nevada.

“Our whole entire store was shaking,” said Brittany Oswald, who works at the store’s deli. “I just stood there and held onto a table, and waited for it to end.”

The seismic waves rolled out across the eastern Sierra — where thousands of people camp and hike in national forests — westward through California's agricultural Central Valley and were felt about 250 miles (402 kilometers) away in San Francisco.

Sacramento also felt the shaking and so did Las Vegas, about the same distance southeast of Walker.

The quake occurred along the Antelope Valley fault, which extends across the state line near Topaz Lake. Quakes aren't uncommon there, seismologists said. Last month, a magnitude 5.8 earthquake rattled the eastern Sierra town of Lone Pine and sent boulders crashing down Mt. Whitney.

However, Thursday's temblor was the largest recorded since a magnitude 6.1 earthquake struck the area in 1994.

A previous version of this story misspelled the name of Jason Ballmann with the Southern California Earthquake Center.