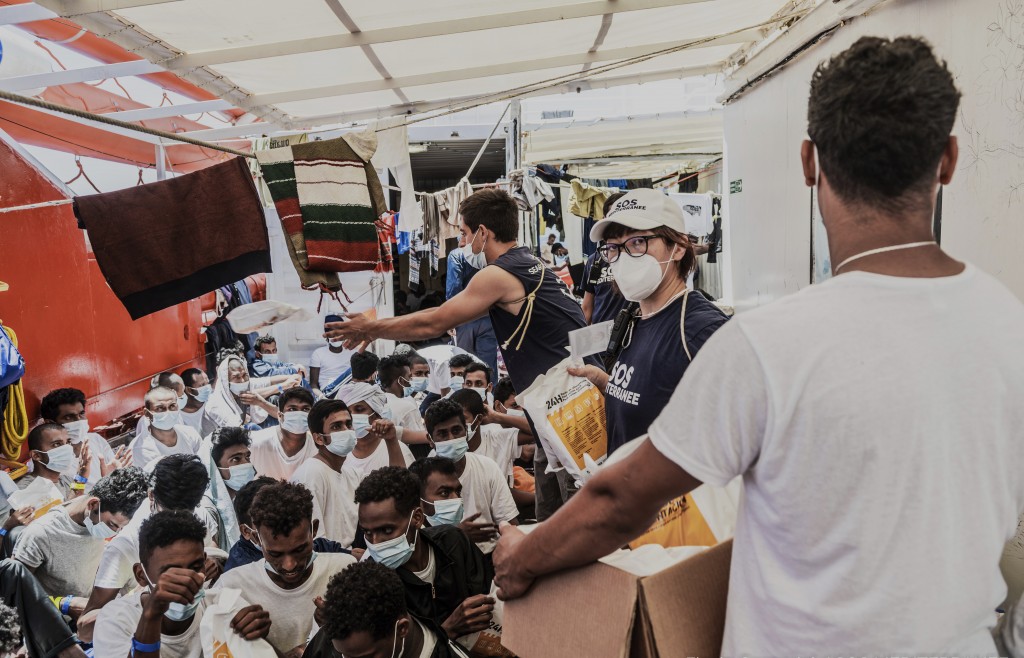 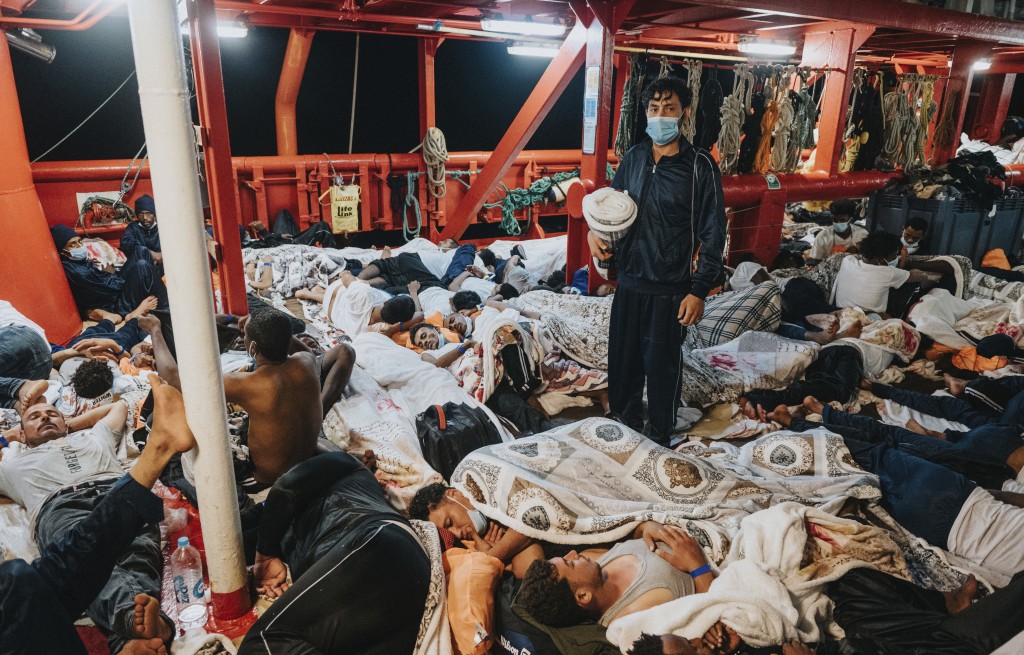 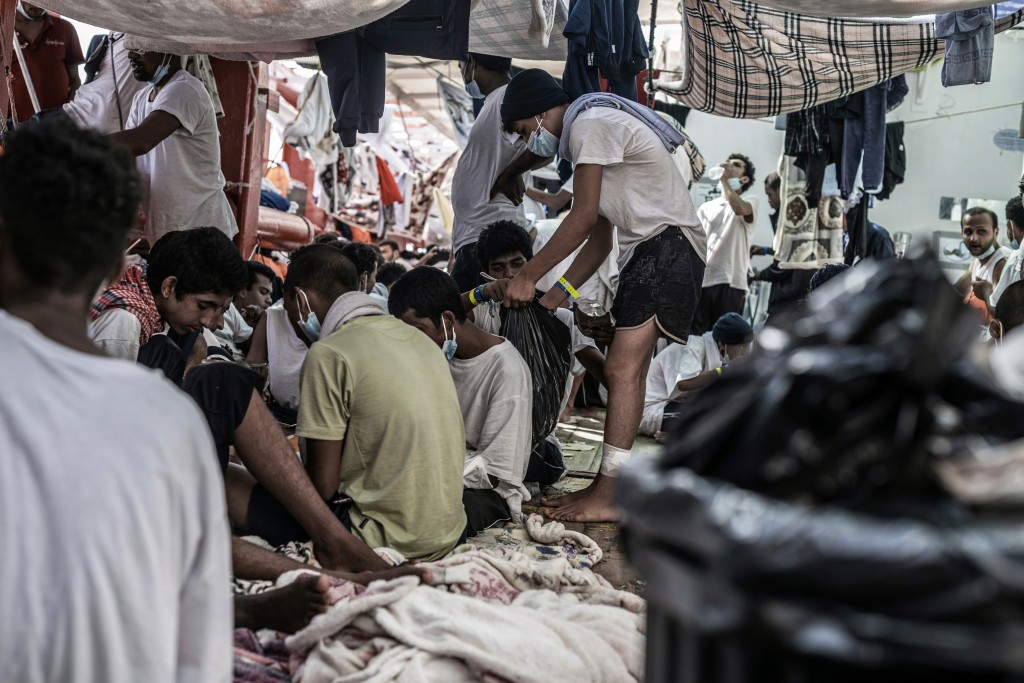 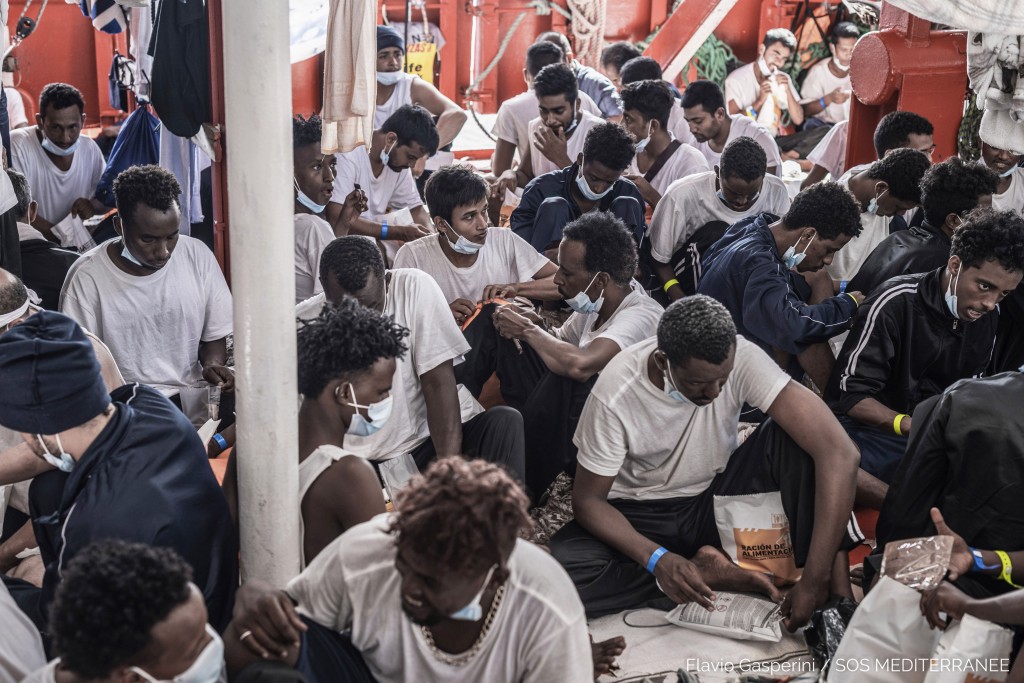 ROME (AP) — Italy on Thursday agreed to allow the disembarking of 572 rescued migrants following a charity ship's desperate plea that food was running short and tensions rising on the crowded Ocean Viking.

Hours earlier, Luisa Albera, search and rescue coordinator of SOS Mediterranee, launched an urgent appeal from the Ocean Viking, which was then located between Malta and the Italian island of Lampedusa, south of Sicily. She said five requests to maritime authorities to assign a port of safety had gone unmet.

But after nightfall, the organization tweeted with “immense relief” that Italy had given permission to the Ocean Viking to disembark passengers at the port of Augusta, Sicily.

It was unclear when the rescue vessel would reach port.

Among those aboard the Ocean Viking are 369 migrants rescued on July 4 from a boat that the group said was in danger of capsizing in the Mediterranean.

“Making survivors wait on the deck of our ship, exposed to the sun and elements, is inhumane,” Albera said.

She said on Wednesday evening a man in “acute psychological distress” jumped overboard, was rescued and brought back on ship. Albera had also predicted that by Friday the crew would run out of pre-packed 24-hour food kits.

“With over 570 survivors accommodated on the aft deck of the Ocean Viking, all available space is being used,” she said, making it impractical to prepare cooked meals and distribute them, she said.

Italy and Malta insist that other European Union nations also take a share of the migrants after they reach European shores. They insist it's unfair to leave the two central Mediterranean nations to care for them while they apply for asylum. Because most in recent years are economic migrants, many are found ineligible for asylum, and their homelands are often reluctant to take them back.

During the pandemic, Italy has taken to quarantining rescued migrants aboard out-of-service commercial passenger ferries until they can be transferred to asylum processing centers in Sicily or on the mainland. While many migrants reach Italy after rescue at sea by charity boats, cargo ships or military vessels, others make it to Italy's southern shores unaided after they set out from Tunisia or Libya.

Separately, the death toll from the sinking of a migrant boat near Lampedusa on June 30 rose to 16 late Thursday, after the Italian coast guard said another nine bodies had been spotted in or near the wreck of the wooden fishing vessel.

A coast guard statement said an underwater robot found the wreck some 90 meters (300 feet) deep. Inside the wreckage, one body was spotted while those of eight other migrants were located nearby on the seabed.

The packed, 8-meter (25-foot) boat capsized just as coast guard rescue crews were arriving, and seven bodies were soon pulled from the sea, while 46 people were rescued.