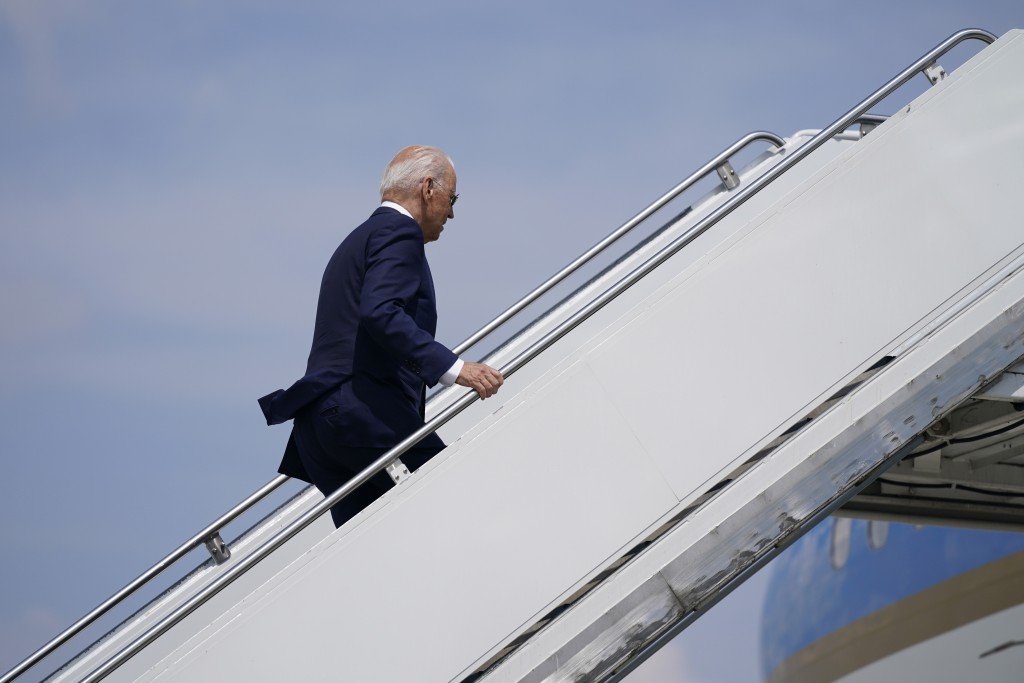 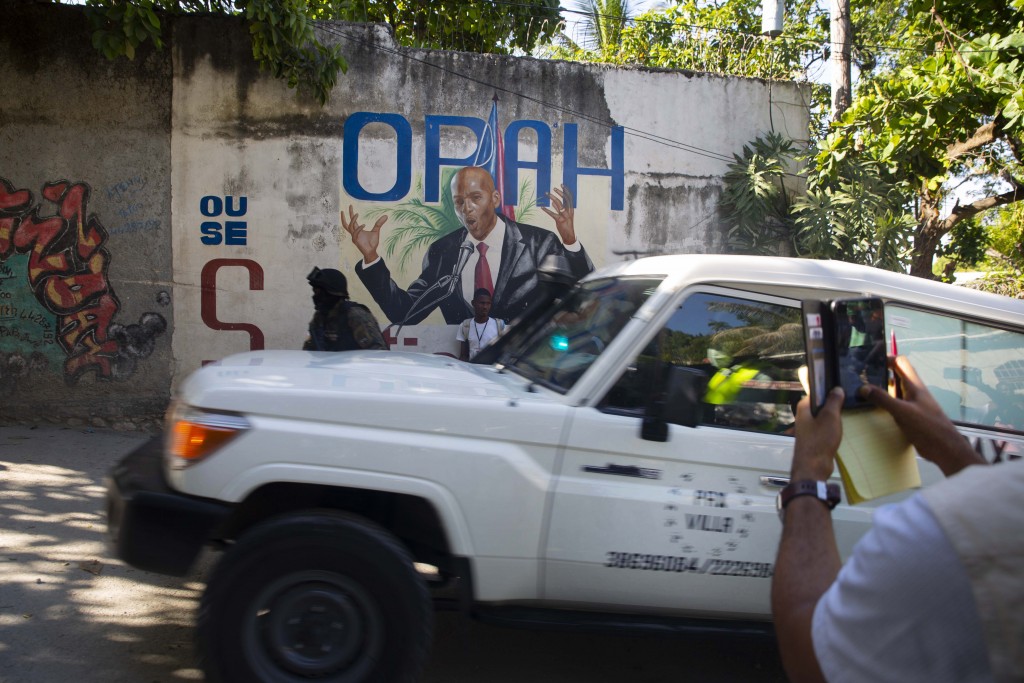 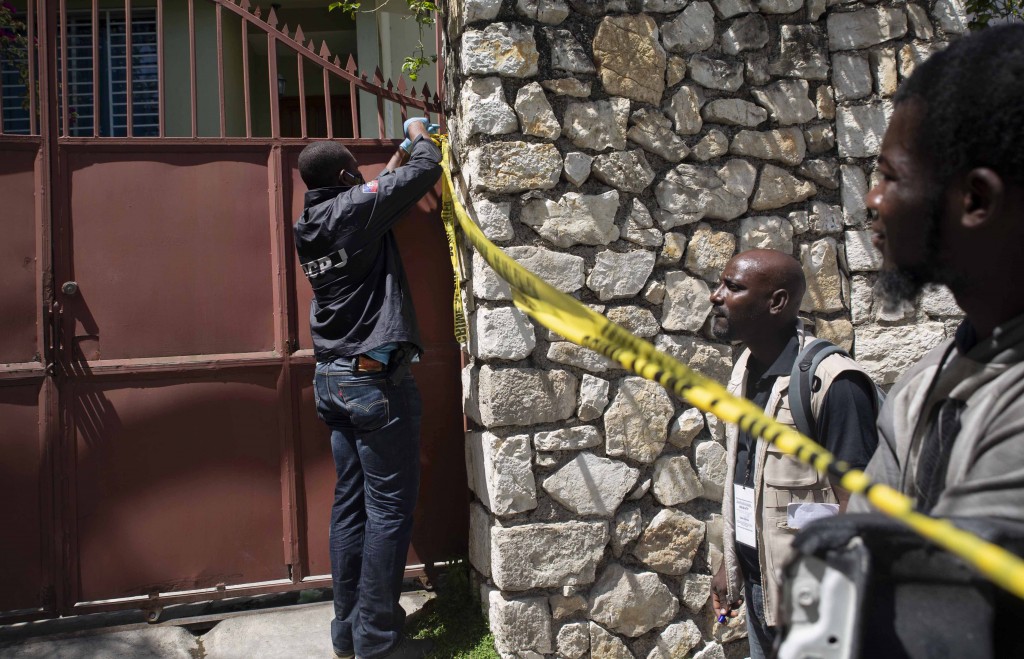 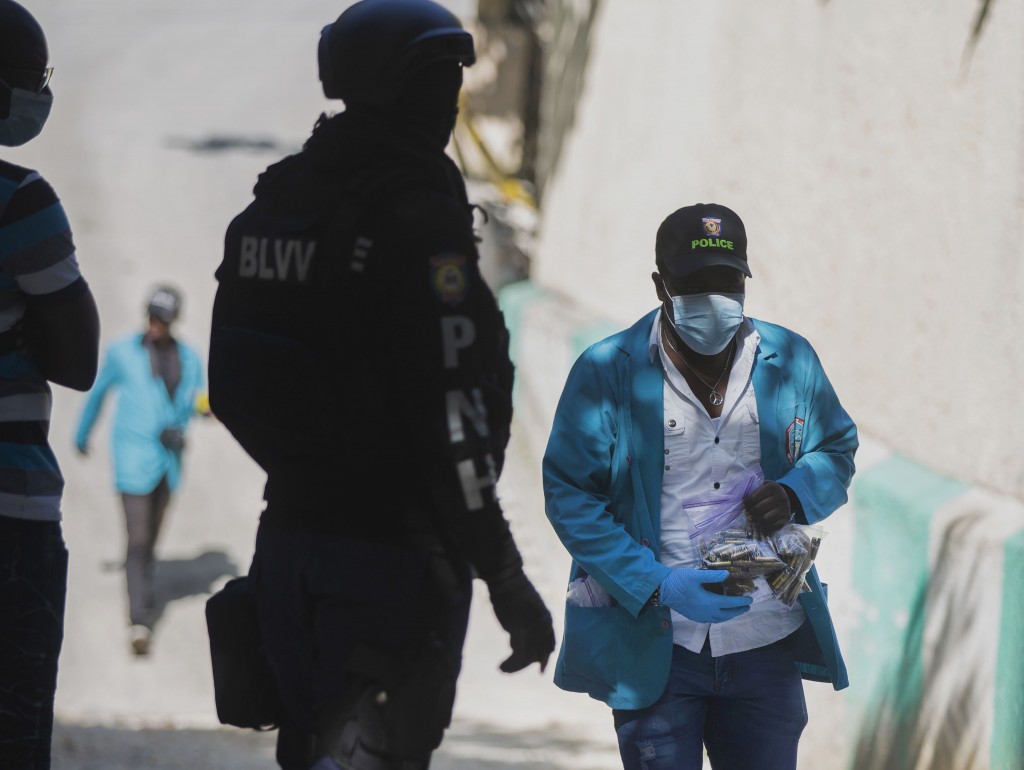 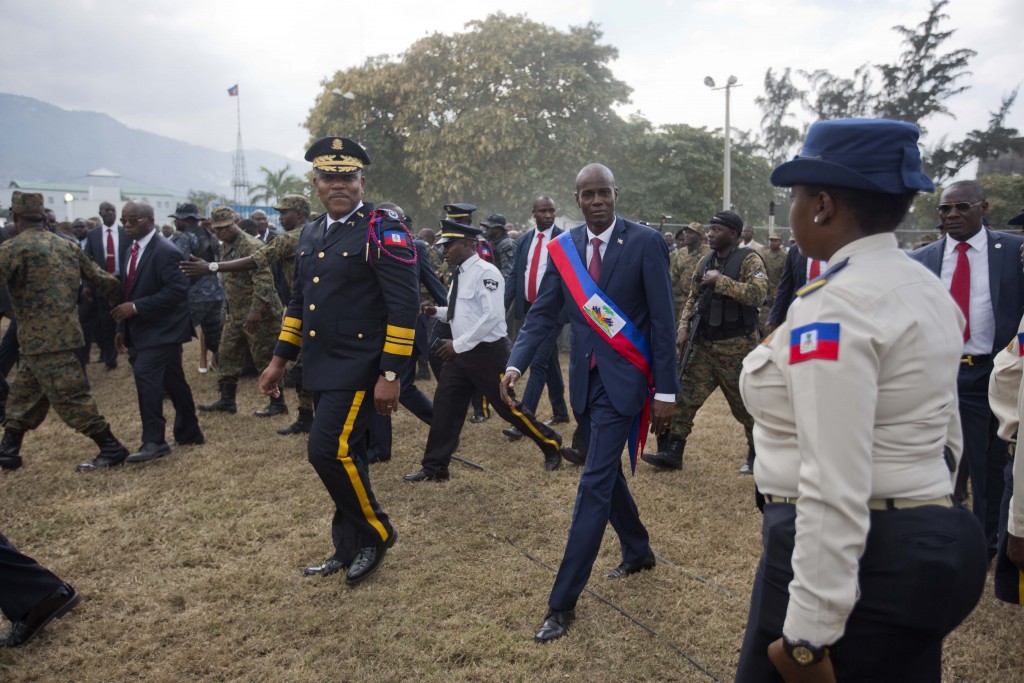 MIAMI (AP) — The last time Haiti was thrust into turmoil by assassination was 1915, when an angry group of rebels raided the French Embassy and beat to death President Vilbrun Guillaume Sam, ushering in weeks of chaos that triggered a nearly two-decade U.S. military intervention.

With the era of gunboat diplomacy long over, the U.S. is unlikely to deploy troops in the aftermath of the brazen slaying Wednesday of President Jovenel Moïse in an overnight raid at his home.

But the Biden administration may nonetheless find itself dragged into the country's increasingly violent political conflict, one that has been building — if largely ignored by Washington — for months and which is now expected to deepen further, with the immediate path forward blurred by intrigue.

“This will get the U.S.' full attention and that's already a big deal,” said Amy Wilentz, the author of multiple books on Haiti. “Up until now, no matter who went to the Americans about Haitian governance and its problems under Moïse, they weren't interested in interfering in any way except to support him.”

Moïse was a little-known banana exporter until former President Michel Martelly, barred by the constitution from seeking reelection, tapped him to run as his heir in 2015 elections marred by allegations of fraud.

Seen by many as a stand-in for Martelly's eventual comeback, he had been ruling by decree for more than a year after repeatedly postponing elections in a bitter standoff with opponents while desperate Haitians suffered at the mercy of violent gangs whose power has proliferated in recent years.

He nonetheless appeared to be on his way out, having set Sept. 26 to hold elections for president and parliament. The electoral timetable was backed by the Biden administration, though it rejected plans to hold a constitutional referendum —currently scheduled for the same day — that has been opposed by critics who say any vote organized by the government will be fundamentally flawed and lack credibility.

The Biden administration gave no indication of its next policy moves in the aftermath of Moïse's murder other than to say it will support an investigation to determine who was behind the slaying. So far, there are few clues.

But Moïse's allies say the president's recent decision to go after Haitian “oligarchs” who grew rich on state contracts in the electricity and other sectors earned him enemies who have the means to carry out such a well-organized attack, one that authorities say involved Spanish and English-speaking mercenaries posing as U.S. Drug Enforcement Administration agents.

“It is still the view of the United States that elections this year should proceed," State Department spokesman Ned Price said.

The U.S. has influenced political events in Haiti throughout its history — deploying troops, funding development projects and boosting would-be leaders.

Its intervention following Sam's assassination in 1915 kicked off a ruinous, nearly two-decade U.S. occupation that saw the introduction of Jim Crow racial segregation laws in what was the first country in the world to ban slavery. The U.S. stood by anti-communist ally Francois Duvalier during his reign of terror during the Cold War. And Bill Clinton brokered a deal to restore President Jean-Bertrand Aristide following his removal in a 1994 coup.

In addition, members of the Haitian diaspora concentrated in the U.S. send home more than $3 billion in remittances yearly, or around a third of the nation’s gross domestic product.

But despite $13 billion in international aid spent on state-building since the devastating 2010 earthquake, the country's democracy remains fragile, corruption rampant and inequality that has left millions struggling to eat is growing worse.

“The United States, for reasons that elude me, does not see that,” said Monique Clesca, a Haitian writer and retired United Nations official from her home in the hills above the capital, not far from where the president was killed. “It’s to the point that — I think I tweeted yesterday — is it because we are Black?”

To underscore her criticism of the U.S.' frequent neglect, Clesca referred to a shooting rampage just last week in Haiti’s capital that was met with silence by Haiti’s international partners. Fifteen people, including a journalist and a well-known political activist, were among the dead.

Biden said he was shocked and saddened by Moïse's murder, condemning it as “heinous” act. But in a long Senate career focused on foreign policy, he showed little interest in getting bogged in Haiti's quagmire politics, taking distance from fellow Democrat Clinton's threats of an invasion to restore Aristide.

“If Haiti, a God-awful thing to say, if Haiti just quietly sunk into the Caribbean or rose up 300 feet, it wouldn’t matter a whole lot in terms of our interest,” he said in a 1994 interview with then PBS host Charlie Rose.

Wilentz said that absent a migration crisis, the Biden White House is likely to limit any involvement.

The Haiti turmoil comes as the US is withdrawing from Afghanistan and it would be hard if not impossible to get support for fresh US troops anywhere in the world right now, especially in a place like Haiti where there’s little expectation that U.S. engagement would lead to political stability.

Still, Wilentz said U.S. officials should keep an eye on Joseph to see if he has the wherewithal and interest in organizing a democratic transition that brings stability to average Haitians.

“If not, they should be pushing him pretty hard to name an interim government and get out of the way,” she said.

Her biggest fear, besides Martelly or another strongman stepping in to fill the void, is that the U.S. officials once again lose interest.

AP Writers Matt Lee in Washington and Trenton Daniel in New York contributed to this report.