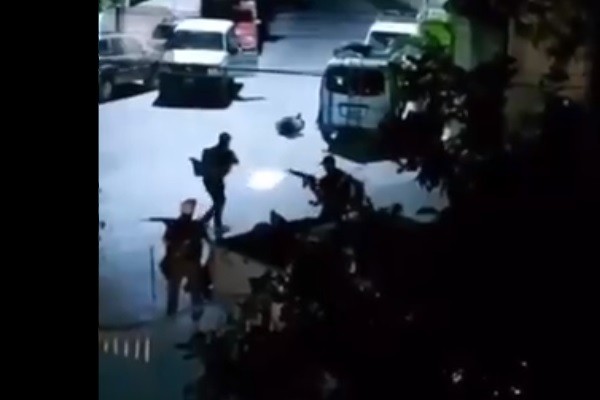 At 1 a.m. on Wednesday morning (July 7), armed men stormed into Moise's private residence in Port-au-Prince and fired multiple shots at the president, killing him at the scene. First Lady Martine Moise also suffered gunshot wounds and has been flown to southern Florida for treatment. Leon Charles, the country's interim national police chief, was cited by the Miami Herald as saying that police had killed four of the alleged attackers and described them as “mercenaries” and “assassins." Two other suspects have been taken into custody.

The Haitian ambassador to the U.S., Bocchit Edmond, was quoted by the AP as describing the assailants as “well-trained professional commandos” and “foreign mercenaries.” However, he did not comment on the identities of the suspects or their motives.

According to Charles, three police officers were taken hostage but were later freed. At a news conference, Charles stated that police are still "engaged in a battle with the assailants" and still pursuing suspects "so that, in a gunfight, they meet their fate or in gunfight they die, or we apprehend them." In a tweet posted on Wednesday evening, Taiwan's Ministry of Foreign Affairs stated that it was "deeply shocked and grieved by the assassination of President Moïse and the wounding of the first lady." It then condemned the brazen attack on Haiti's president: "The government and people of Taiwan condemn such senseless violence and stand in solidarity with Haiti at this difficult time."

Haiti is one of Taiwan's 15 remaining diplomatic allies, with relations dating back 65 years. Moise went on a five-day state visit in Taiwan in 2018.

The assassins claimed to be DEA; spoke a mix of Spanish & English with a US accent. Haiti's government says highly trained foreign attackers involved. All borders & airports shut.

WTH? NEW - Assailants of Haiti's president and his wife "identified" themselves to be agents with the US: "DEA operation. Everybody stand down. DEA operation." Government official thinks the assassins were mercenaries.
Remember “HRC has taken a number of villages from Haiti”? pic.twitter.com/ut1W8iBFWu