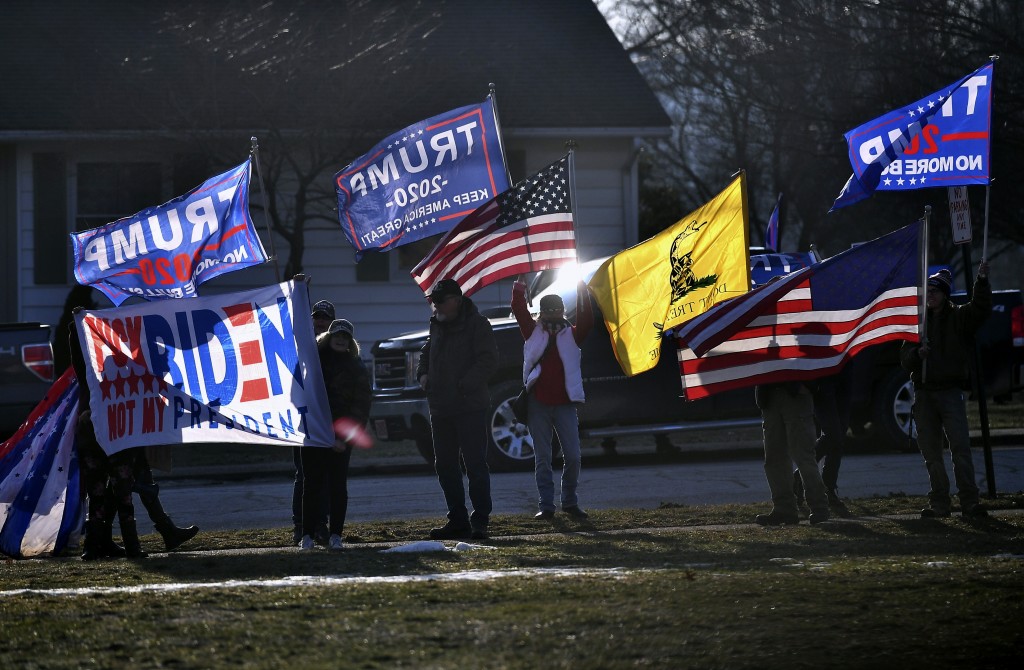 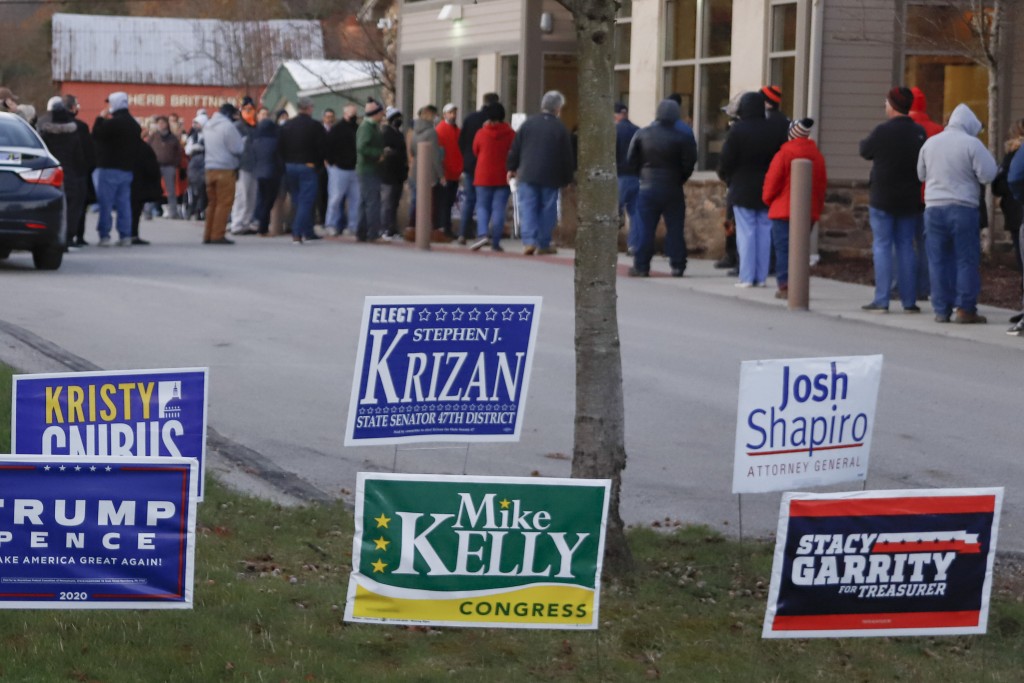 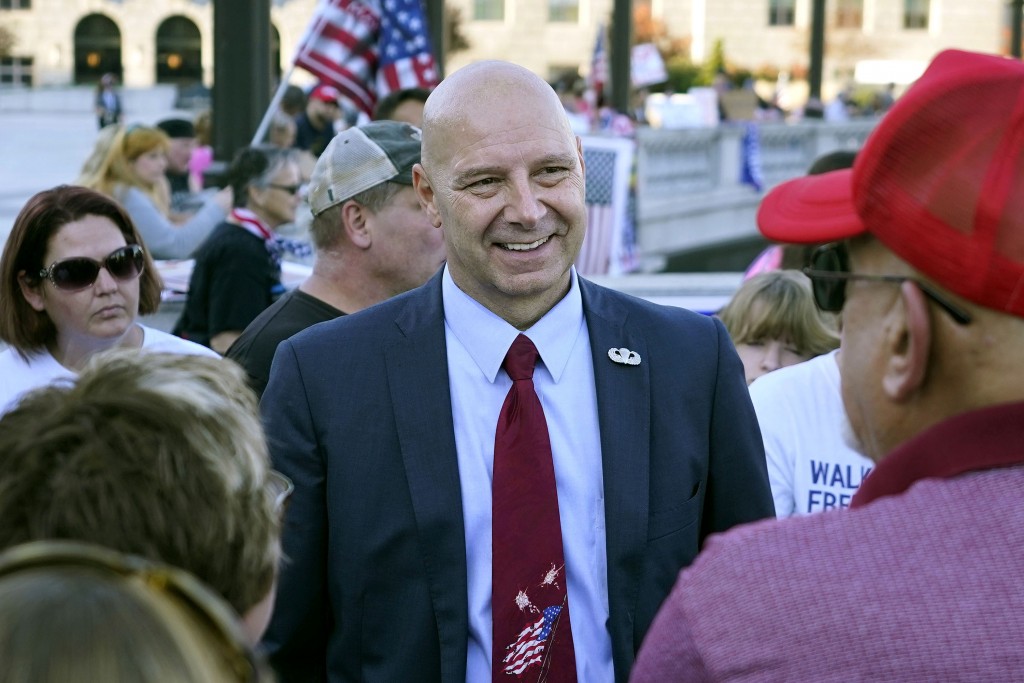 Sen. Doug Mastriano, R-Franklin, issued letters to three counties Wednesday, giving officials there a sweeping information request, with the threat of subpoenas for holdouts who do not respond affirmatively by July's end.

The effort is facing strident opposition from Democrats, and any Senate-issued subpoenas for a partisan Arizona-style “election audit ” will almost certainly be challenged in Pennsylvania’s courts. Arizona's audit was widely criticized by both election experts and some Republicans.

The massive undertaking could cost millions of dollars and faces questions, such as who will do the work, how will it be funded and where such a vast amount of documents and equipment would be stored. The state's attorney general, Democrat Josh Shapiro, called it a "partisan fishing expedition."

Trump has persistently claimed the 2020 election was rigged against him, and pressured Republican lawmakers in Pennsylvania and other states he lost narrowly to conduct an audit, as is happening in Arizona.

In an interview streamed online by former Trump adviser Steve Bannon, Mastriano suggested the undertaking will be similar to that in Arizona, where Republicans are searching for evidence of fraud in what critics say is an attempt to discredit President Joe Biden's victory in the state.

“As we go through the ballots, my desire is to recount them, but also forensically analyze with photographic material whether the ballots were copied or filled in by a human,” Mastriano told Bannon, saying he planned to study what type of paper was used, look for what he called software “shenanigans” and review the chain of custody for the ballots.

Mastriano is also asking for information from May's primary election.

He has not returned messages, and questions about funding and logistics remain unanswered.

The Associated Press reported Friday that Mastriano has solicited legal advice from a Philadelphia-based law firm about the Senate Republican caucus using private money to finance consultants and lawyers on the undertaking.

Top Senate Democrats quickly objected, saying they have “grave concerns about the authority and legality of such an audit,” and in a letter asked the Senate’s Republican majority leaders to “end this misguided and political farce immediately.”

Senate Republican majority leaders have been silent about it.

No county election board, prosecutor or state official has raised a concern over any sort of widespread election fraud in November’s election in Pennsylvania. Critics say an election audit is duplicative, given the legal requirements for each county and the state to review election results for accuracy and investigate any discrepancies.

Democrats, meanwhile, blame Trump and Republicans for spreading lies about the election that have sown distrust among voters.

Shapiro and the administration of Gov. Tom Wolf, a Democrat, both discouraged counties from cooperating, saying they risk decertifying their voting machines and costing taxpayers millions of dollars. Both also suggested they would fight subpoenas in court.

Mastriano, who has spoken of his desire to bring an Arizona-style audit to Pennsylvania, said he may make demands of more counties in the future.

In his letter Wednesday, Mastriano asks counties to respond by July 31 with a plan to comply and to propose a timeline “regarding inspection, testing or sampling of items.”

The sweeping, five-page information request lists 45 categories, with some similarities to the subpoena issued to Maricopa County in January by Arizona's Senate Republicans.

It includes all ballots attempted to have been cast in the November election, logs from all computers and servers used to run the election, timelines of who accessed election equipment and “a complete end-to-end election setup for use in a laboratory.”

Mastriano also warned that the committee he chairs, the Senate Intergovernmental Operations Committee, could vote to issue a subpoena if a county does not adhere to his request.

Anticipating pushback from Philadelphia, Mastriano told Bannon, “The only reason why anyone should be opposed to this is they have something to hide.”

Edward Perez, global director of technology development at the California-based OSET Institute, which is devoted to research on election infrastructure and administration, said the election administration community has accepted ways of doing post-election audits, but Mastriano's is not one of those.

Mastriano's letter, Perez said, shows “a lack of experienced professionalism" in post-election audits and doesn't answer crucial questions about who would have custody of such sensitive equipment and information, where it would be stored and how it would be kept secure.

York County Board of Commissioners declined comment about Mastriano’s request. Philadelphia election officials had no immediate response to Mastriano, although a spokesperson said Mastriano’s letter “reiterates claims about the November 2020 election that have been resoundingly rejected by courts.”

Tioga County Commissioner Roger C. Bunn, a Republican, said he planned to talk to the board’s lawyer and the elections director before he and the other two commissioners respond.

“I certainly want our elections to be fair and honest,” Bunn said. “So we’ll see what they’re requesting and what we can do.”

Mastriano does not suggest in the letter that his aim is to overturn Biden's victory, but rather to restore trust in elections and “adequately consider future legislation” on election law.

Still, Mastriano — who has said he is considering running for governor and has claimed that Trump “asked me” to run — does not back off suggestions that fraud occurred, and he repeatedly distorts the actions of state judges and election officials in the run-up to the election.

Mastriano, an enthusiastic Trump backer during last year’s election, has on several occasions leveraged his elected position in the cause of Trump’s efforts to reverse his re-election loss.

Mastriano led a Senate Republican Policy Committee hearing in Gettysburg in November to which Trump called in, and Trump lawyer Rudy Giuliani was the featured speaker. There, they aired baseless conspiracy theories about election fraud.

In December, he signed a statement with 63 other Republican state lawmakers urging members of Congress to block Pennsylvania’s electoral votes from being cast for Biden.