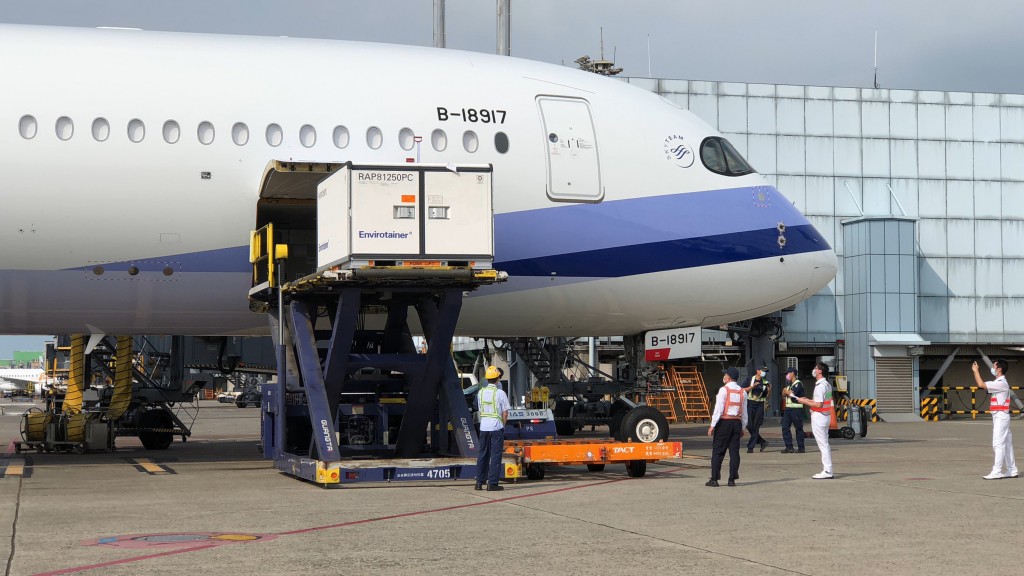 TAIPEI (Taiwan News) — A total of 626,500 AstraZeneca vaccine doses arrived at Taiwan Taoyuan International Airport on a flight from Thailand on Wednesday (July 7).

The expiration date for the latest batch Taiwan bought from the British pharmaceutical group is Oct. 30, CNA reported. The shots were produced at a factory in Thailand, and then they were flown from Bangkok’s Suvarnabhumi Airport to Taiwan on a China Airlines cargo flight.

Immediately upon arrival, the vaccines were moved to a cold storage logistics center where they will be inspected and sealed. The Food and Drug Administration (FDA) said they needed to be tested because they were the first batch to come from a Thai factory, but the process was still expected to be completed within seven days.

Taiwan signed a contract with AstraZeneca last October for a total of 10 million COVID-19 vaccine doses, with 117,000 doses already having arrived in March. The next vaccine delivery is a donation of 1.13 million AstraZeneca shots from Japan expected to arrive on Thursday.

As of Tuesday, 11.45 percent of Taiwan’s 23.5 million inhabitants had received at least one vaccine shot, with 1.62 million registering their willingness to be inoculated on a government online platform, CNA reported.