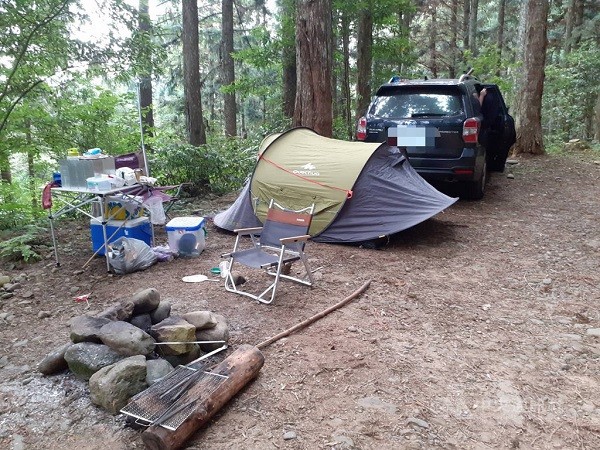 TAIPEI (Taiwan News) — The Hsinchu Forest District Office on Wednesday (July 7) vowed to step up patrols and give more fines to people who intrude into forest areas during the Level 3 alert, CNA reported.

The office said on Wednesday that all forest recreation areas, nature protection areas, trails, and forest roads under its jurisdiction are closed until July 12, when the Level 3 epidemic alert is provisionally set to end.

However, the other day the office received reports from an Indigenous community in Miaoli County’s Nanzhuang Township that some people had torn up an announcement about disease prevention measures for the Danan Forest Road, pitched tents there, burned wood to cook, and littered the place with garbage. According to the office, residents in the community said they were concerned about the damage the intruders could do to the natural environment and the risk of them spreading disease.

The forest district office emphasized that illegally entering forest roads to camp, cook, and barbecue could cause forest fires and endanger Indigenous people who live nearby, per CNA.

According to the Forestry Act, it is prohibited to make a fire and leave garbage in national forests. Violators can be fined up to NT$600,000 (US$20,690) and held responsible for civil damages, the forest district office said.

The office said it will work with Indigenous communities and police to beef up patrols, adding that if they find anyone making fires or discarding garbage, they will collect evidence and directly hand out fines.