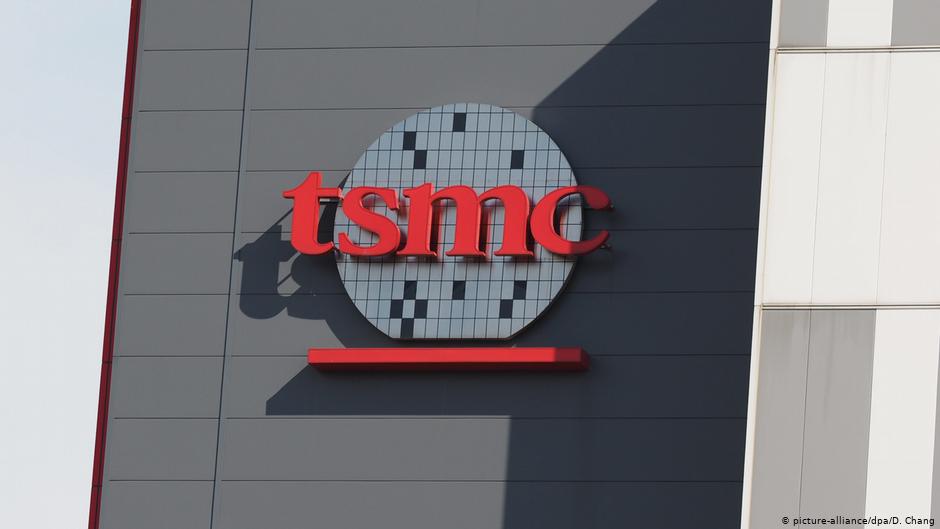 TAIPEI (Taiwan News) — Taiwan Semiconductor Manufacturing Company (TSMC) has frequently been in the news of late as demand for semiconductors hits record highs and a global shortage of silicon threatens to derail growth.

But what exactly is TSMC? Does TSMC produce stock semiconductors that can be used interchangeably?

The answer to that is no — TSMC simply manufactures chips that other companies design; it is considered a contract chipmaker/pure-play foundry. This business model is beneficial for both TSMC and chip designers because it allows them to specialize in their respective segments of the semiconductor industry while not needing to allocate capital elsewhere.

TSMC is the world’s largest contract chipmaker and second only to South Korea’s Samsung in terms of overall silicon wafer capacity. According to IC Insights, as of February 2020, TSMC accounted for 12.8% of global wafer capacity and Samsung 15%. TSMC accounted for 54% of total foundry revenue globally in 2020, according to Taipei-based market intelligence firm TrendForce.

TSMC’s journey to the top of the chipmaking industry spans more than three decades. By the late 1980s, Taiwan had already become an electronics powerhouse, but its exports were a little different from today.

The PC industry was still in its infancy, and Taiwan’s best-known exports were pirated clones of the widely popular Apple II and components for televisions. TSMC was not the first pure-play foundry; that honor goes to cross-town rival United Microelectronics Corp.

Years before, in the 1970s, Taiwan’s Industrial Technology Research Institute (ITRI) saw the need to push the nation’s economy up the value chain and began to negotiate with US-based electronics companies to transfer knowledge about production technology in exchange for an exclusive manufacturing contract. With this built-up knowledge, ITRI spun off its first semiconductor factory into United Microelectronics Corp in 1981.

To prevent one company from enjoying an absolute monopoly, ITRI President Chintay Shih and Morris Chang (張忠謀), then ITRI chairman and a former executive at Texas Instruments, pitched a similar plan to Netherlands-based Philips Electronics — then an electronics giant — which led to the creation of TSMC.

To be sure, TSMC is not the only chipmaking game in town. UMC and US-based Global Foundries are also major players, while Intel has the ability to both design and manufacture silicon.

As part of its strategy pivot under its new CEO, Intel is considering opening its foundry’s doors to allow companies that lack a foundry to manufacture in its facilities. This process is called integrated device manufacturing (IDM) and is nothing new. IBM, Samsung, NEC, Toshiba do the same thing.

What makes TSMC different from these companies is just how agnostic it is to manufacturers on its production lines. Much as contract manufacturer Foxconn will make electronics for two rival firms, TSMC will happily produce silicon for two fierce rivals; for instance, Nvidia and AMD, which compete in the graphics card vertical, both contract TSMC to manufacture their silicon from provided designs.

Some of the established IDMs insist on technology transfer at the end of the contract. If a product proves successful, then they simply integrate it into a new product under their own brand.

Manufacturing for a rival is out of the question: it is unlikely that Intel will open its IDM-fabs for rivals like AMD or Nvidia. This skepticism creates a demand for the agnosticism that underlies TSMC and ultimately is its competitive advantage.

Is China a threat to TSMC?

During TSMC’s formative years, and its growth in the mid-2000s, the company did not face much competition from China. China has been trying to develop a domestic semiconductor industry for many years, with decidedly mixed results; however, Beijing has redoubled its efforts since 2014 and is starting to make progress.

Shanghai-based Semiconductor Manufacturing International Corporation (SMIC) is following a parallel genesis story to TSMC. Nurtured by the state, the company is trying to provide semiconductor fabrication services for China’s homegrown electronics industry, which is still heavily reliant on TSMC.

Sanctions imposed by the Trump administration, which cut China’s telecoms giant Huawei off from TSMC, created a Manhattan Project-like environment of urgency to make SMIC competitive with TSMC. As such, a planned IPO in New York was scrapped in favor of a Hong Kong listing, which became one of the largest in the exchange’s history. SMIC also doubled down on poaching staff from TSMC — illegal under Taiwanese law — to gain a competitive advantage.

However, the company is still having trouble properly launching and entering orbit. Like TSMC, SMIC is reliant on Western-sourced machines used within its factories for a process called lithography (when high-powered UV light is used to etch a design into a chip). Sanctions imposed by the Trump administration initially prevented the company from acquiring these machines, but an easing of said sanctions means the company is now able to acquire the equipment from its Dutch manufacturer (pending approval of an export license), but this still leaves SMIC behind the eight ball.

Despite Beijing’s mammoth support for China’s domestic semiconductor industry — which in recent years has reached US$50 billion — TSMC is likely to stay well ahead of any Chinese competitors for the foreseeable future. US sanctions will certainly slow China’s chipmakers down, but of even greater importance is TSMC’s determination to stay on top.

TSMC has been steadily increasing its R&D budget, which reached a record high of US$3.72 billion in 2020. Before long, TSMC will soon be mass-producing world-leading 3nm chips in Taiwan.

Meanwhile, the company’s ability to produce chips capable of hosting the most advanced applications in fast-emerging technologies like artificial intelligence augurs well for its long-term prospects.