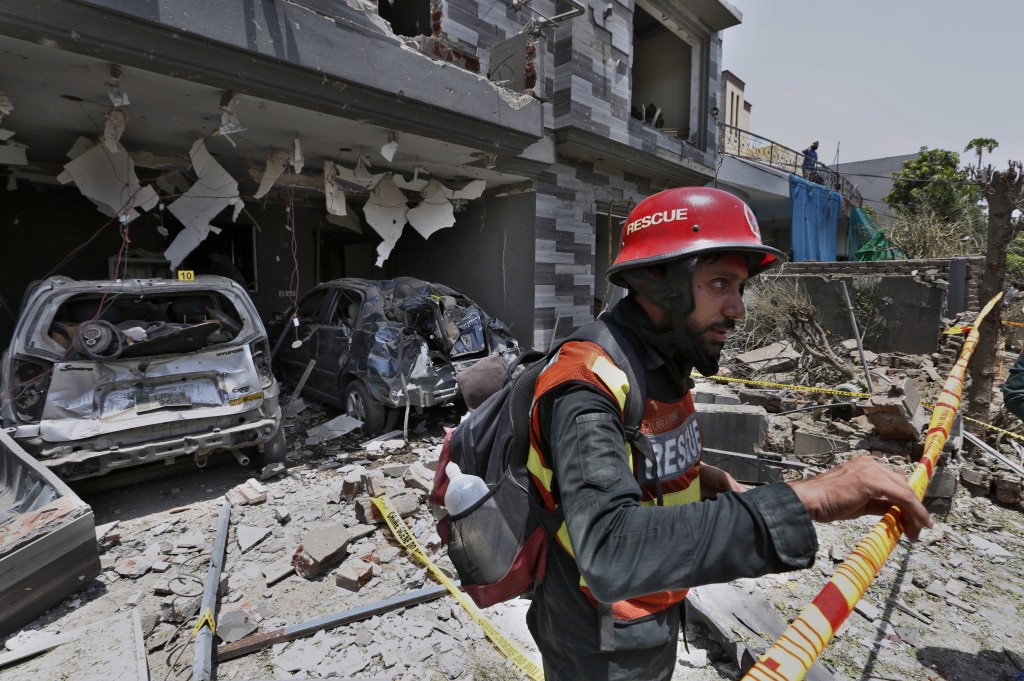 KARACHI, Pakistan (AP) — Pakistan's national security advisor has accused India of orchestrating last month's deadly car bombing in the eastern city of Lahore, saying Sunday that an investigation has shown it was organized by an Indian intelligence operative.

In a news conference in Islamabad, Moeed Yousuf said the probe showed that the man was an Indian citizen living in India who works for that country's RAW intelligence agency. He did not name the alleged mastermind.

“Through the forensic analysis, electronic equipment, which has been recovered from these terrorists, we have identified the main mastermind and the handlers of this terrorist attack. And we have no doubt in informing you that the main mastermind belongs to RAW, lives in India and is an Indian citizen.” He said Pakistan will continue its efforts to expose India’s sponsorship of such attacks internationally.

The explosion took place outside the residence of anti-India militant leader Hafiz Saeed, who himself has been designated a terrorist by the U.S. Justice Department and has a $10 million bounty on his head. India accuses Saeed of helping mastermind the deadly 2008 attacks in Mumbai that killed nearly 170 people at several occasions including the luxury Taj Hotel. He was unharmed in the powerful explosion in Lahore’s Johar Town neighborhood that killed three and wounded 24.

India and Pakistan routinely accuse the other of carrying out clandestine attacks on the other’s territory. Saeed is a highly wanted suspect in India, and Pakistan has been criticized by India and the United States for not taking stronger actions against him.

Punjab police chief Inam Ghani said all those involved in the bombing have been arrested, including an Afghan who lived in Pakistan and actually parked the explosives-laden car at the site of blast.