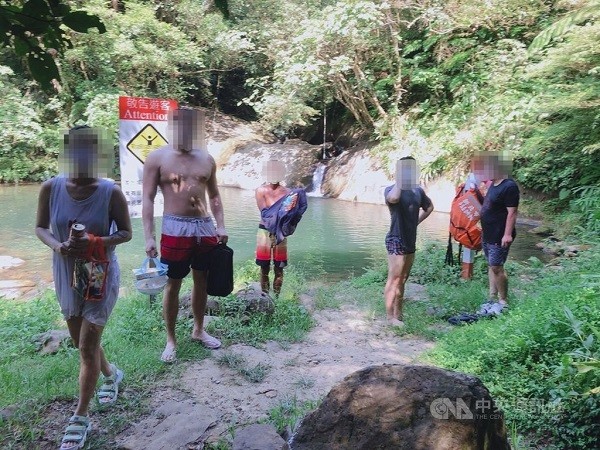 TAIPEI (Taiwan News) — Seven people were given tickets for taking off their masks to swim or wade in the water under a waterfall in New Taipei’s Pingxi District on Saturday (July 3), CNA reported.

Police said on Sunday that Shifen Police Station officers and Pingxi District Office personnel went to the Huiyao Waterfall near the Shifen village around 2 p.m. on Saturday to check whether visitors were abiding by outdoor COVID-19 restrictions. What they found was a total of seven people relaxing in the water who had taken off their masks.

According to the police, the seven people consisted of five men and two women in their 30s. They belonged to three separate groups, and all came from Taipei.

When the visitors arrived, they at first wore masks, but when they went down to the water, they took them off, police added.