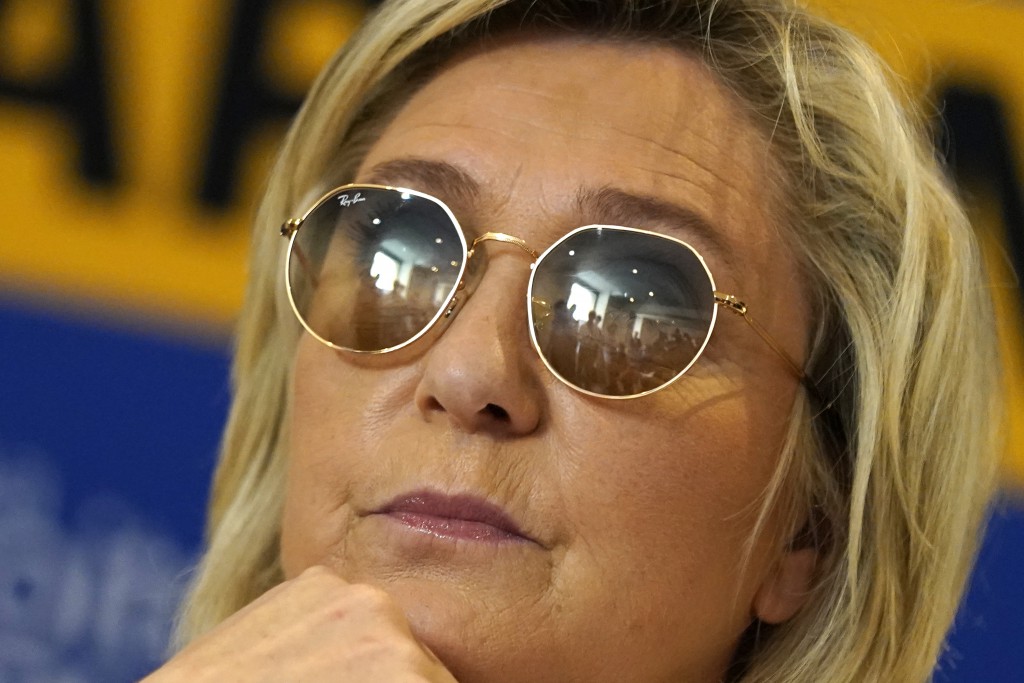 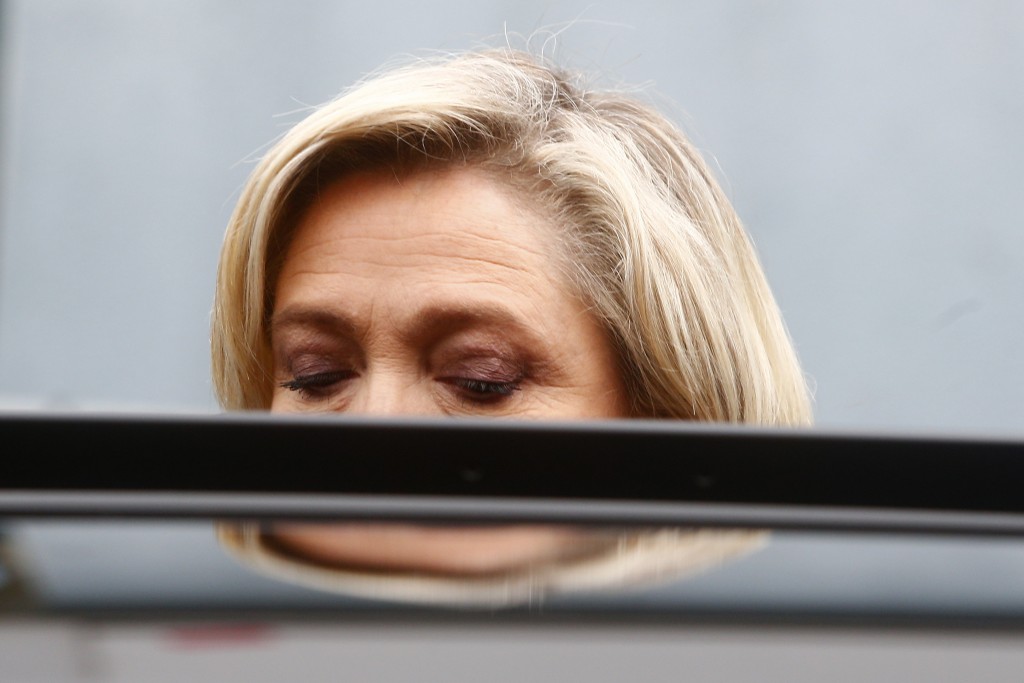 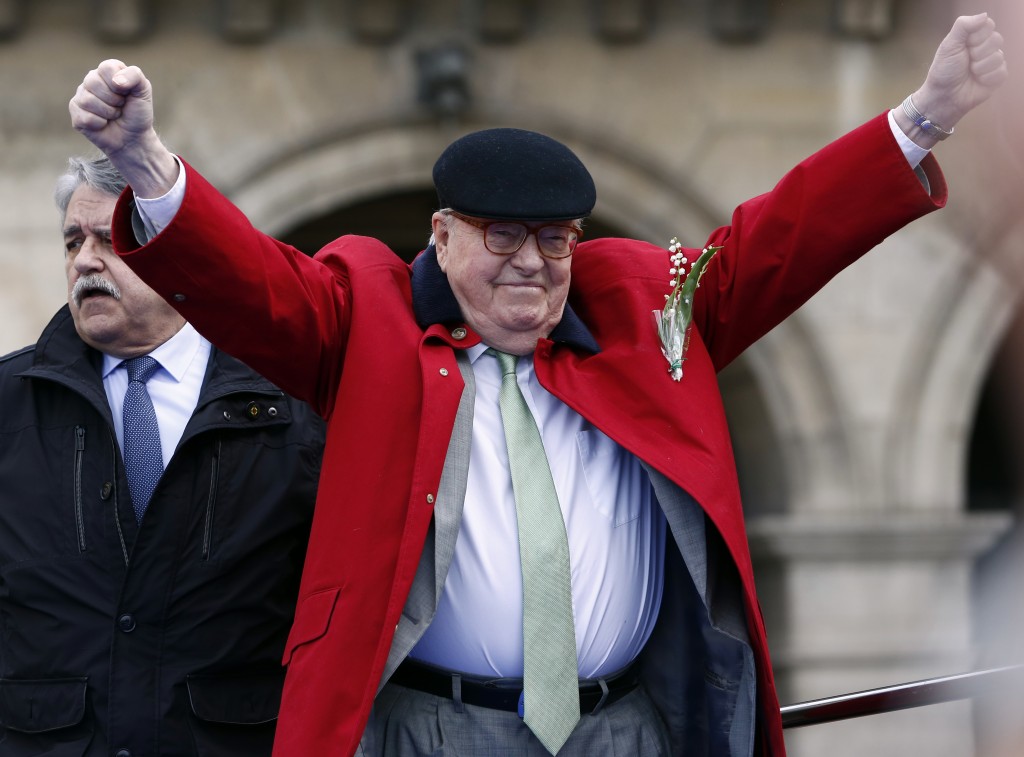 PARIS (AP) — French far-right leader Marine Le Pen is facing stinging criticism for making her party too mainstream, dulling its extremist edge and ignoring grassroots members, with some warning that this could cost her votes in next year's presidential race.

The rumblings grew louder after the National Rally's failure a week ago in France's regional elections, and come just ahead of this weekend’s party congress.

Le Pen is the anti-immigration party’s unquestioned boss, and her fortunes aren't expected to change at the two-day event in the southwestern town of Perpignan, hosted by Mayor Louis Aliot — Le Pen's former companion and, above all, the party's top performer in last year's municipal elections. But there could be an uncomfortable reckoning just as Le Pen is trying to inject new dynamism into the National Rally.

Critics say Le Pen has erased her party’s anti-establishment signature by trying to make it more palatable to the mainstream right. To so that, she strove to remove the stigma of racism and antisemitism that clung to the party under her now-ostracized father, Jean-Marie Le Pen. She even changed the party's name from National Front, as it was called under her father, who co-founded it in 1972 and led it for four decades.

“The policy of adapting, of rapprochement with power, even with the ordinary right, was severely sanctioned,” said Jean-Marie Le Pen. “(That) was a political error and translates into an electoral failure, and perhaps electoral failures,” he added, referring to the 2022 presidential vote.

The defiant patriarch, now 93, was expelled to boost the party's respectability, but his criticism reflects that of more moderate members who say his daughter has muddled the message.

In a well-timed move, Le Pen showed her nationalist muscle Friday, signing an accord with Italy’s far-right boss, Matteo Salvini, Hungary’s Prime Minister Viktor Orban and 13 other far-right chiefs to create a “grand alliance” in the European Parliament.

In France, her initial goal is to reach the runoff in the presidential race in 10 months with greater success than in 2017, when she made it to the final round but lost to centrist Emmanuel Macron.

National Rally candidates — including several who originally hailed from the mainstream right — failed in all 12 French regions during last Sunday's election, which was marked by low turnout, with only one in three voters casting ballots. Polls had suggested the party, which has never headed a region, would be victorious in at least one. Instead, it lost nearly a third of its regional councilors.

“It’s local elections that are the launch pad for the rocket" that could take Marine Le Pen to the presidential palace, Romain Lopez, mayor of the small southwest town of Moissac, said in an interview. “Today, we look like eternal seconds. That can ... demobilize the National Rally electorate for the presidential elections.”

Some local representatives have resigned in disgust since the regional election defeat, among them the delegate for the southern Herault area, Bruno Lerognon.

In a bitter letter to Le Pen posted on Facebook, Lerognon blasted his boss’ strategy to lure voters from other parties as “absurd.” He said members of the party's local federation were “odiously treated” — removed from running in the regional elections in favor of outsiders. Cronyism has “rotted” the local far-right scene, he wrote, alluding to long-standing criticism of power clans within the National Rally whose voices are decisive. Le Pen replaced him a day later.

In western France, all four members of a small local federation resigned between rounds of the regional elections. None of the four was represented on local electoral lists — “pushed aside,” as they claimed, by higher-ups elsewhere. They bemoaned a “losing strategy” born at the Lille party congress in 2018, when Le Pen first proposed changing the party’s name and severed remaining ties with her father.

A party figure with a national reputation, European Parliament lawmaker Gilbert Collard, has criticized the strategy of opening up as “a trap.” He said he won't attend the congress.

Lopez will be there, hoping that he and others with complaints will be heard. Lopez, 31, is a proponent of Le Pen’s outreach to other parties, and credits his own broad appeal to voters for his election win last year, in an upset for the previously leftist town.

But the party hierarchy is disconnected from its scarce, albeit vital, local bases, Lopez said. National officials treat local representatives like children “and impose everything, how to communicate, build a local campaign,” Lopez said. “And by imposing everything from the top, you have a national strategy ... disconnected from the reality of each town or region.”

He is unsure whether the party will give local officials like himself speaking time, beyond his five minutes at a round table.

“When you’re in self-satisfaction, when you refuse to look at imperfections, you go straight into the wall,” he said.