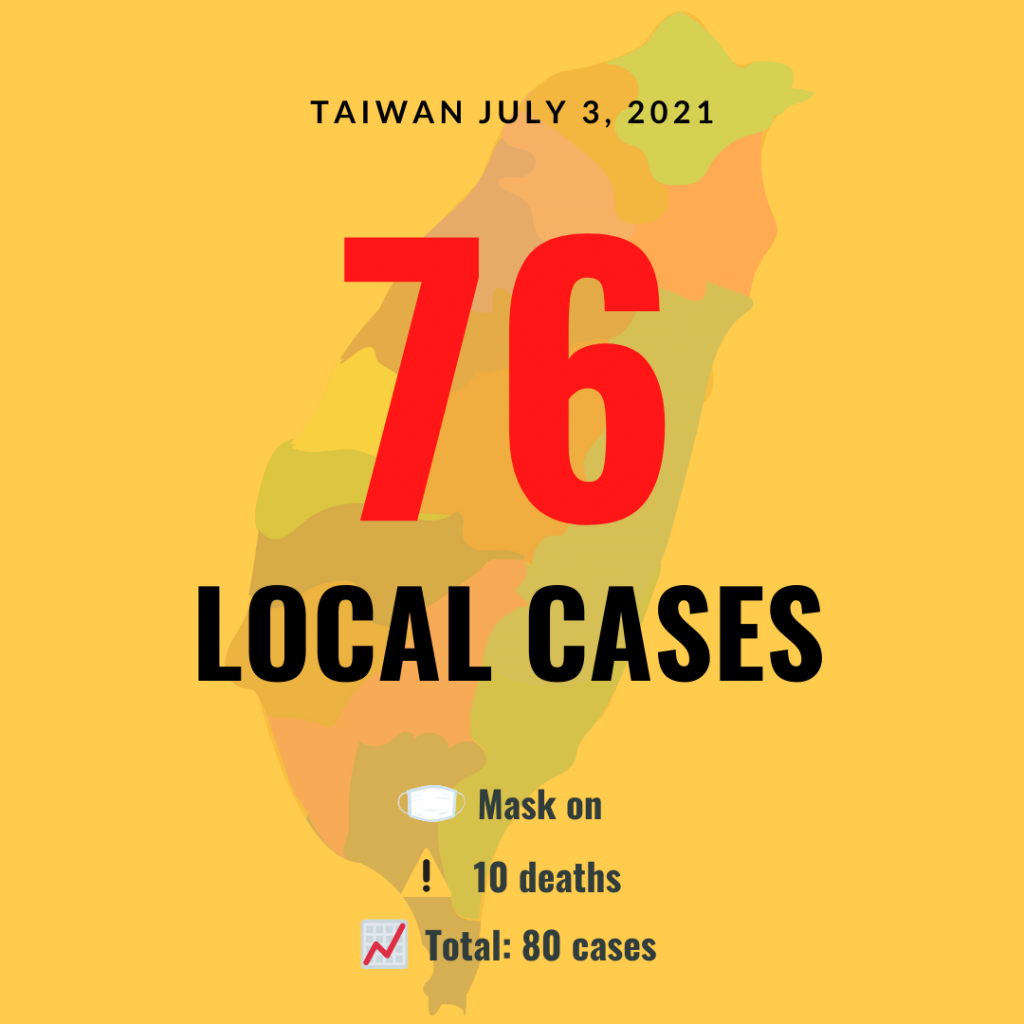 Taoyuan recorded three new cases and Hsinchu City one. As other regions did not report any new cases, CECC officials expressed their satisfaction with the latest trend.

Of the 76 new cases, 31 were male and 45 were female, according to the CECC. The youngest was under five years of age, and the oldest was in their 70s.

The 10 deceased included five men and five women ranging in age from 50 to 99. All of them had started showing symptoms between May 14 and June 20, had been diagnosed between May 21 and June 30, and died between June 26 and July 2.

A total of 36 cases originated from the Navy’s "Goodwill Fleet," two were infected on board a flight, one was classified as unresolved, and 14 were still under investigation. A total of 103 earlier cases were removed from the list of confirmed cases.

After the number of new confirmed domestic infections suddenly ballooned to 180 on May 15, Taipei and New Taipei and later the whole country issued a Level 3 COVID-19 alert, which has since been extended several times, most recently until July 12.

No decision has yet been announced on whether or another extension will be necessary. A recent outbreak at Taipei's Huannan Market has reportedly dampened hopes for a July 12 relaxation, as officials have emphasized the importance of halting the further spread of infections.