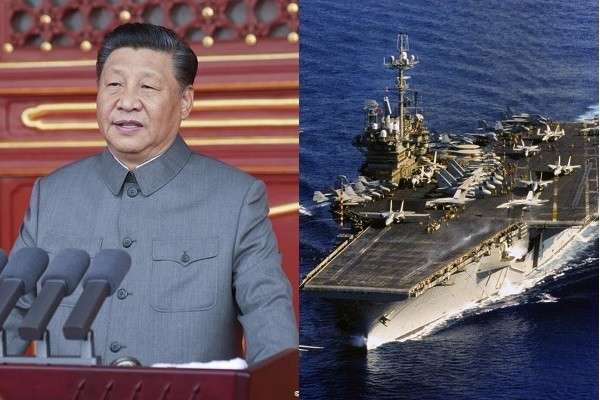 On July 1, Xi delivered an hour-long speech at Beijing's Tiananmen Square to mark the 100th anniversary of the founding of the Chinese Communist Party (CCP). In his speech, emphasized adherence to the "one China" principle" and the "1992 consensus," the advancement of "complete unification," and the need to "crush any Taiwan independence plot."

Xi warned that foreign forces will not be allowed to "bully, oppress, or subjugate" China. He claimed that any foreign forces that attempt to do so will collide with a "great wall of steel" that has been forged by China's 1.4 billion people.

A U.S. State Department official was cited by CNA as saying in response the U.S. will continue to support the peaceful resolution of cross-strait issues. The spokesperson then emphasized the U.S. urges Beijing to "cease its military, diplomatic, and economic pressure against Taiwan and instead engage in meaningful dialogue."

The Third Taiwan Strait Crisis was an attempt by China to impact Taiwan's presidential election by running missile tests in the waters surrounding Taiwan. During the crisis, the USS Independence patrolled to the east of Taiwan while the USS Nimitz and its carrier battle group plowed through the Taiwan Strait.