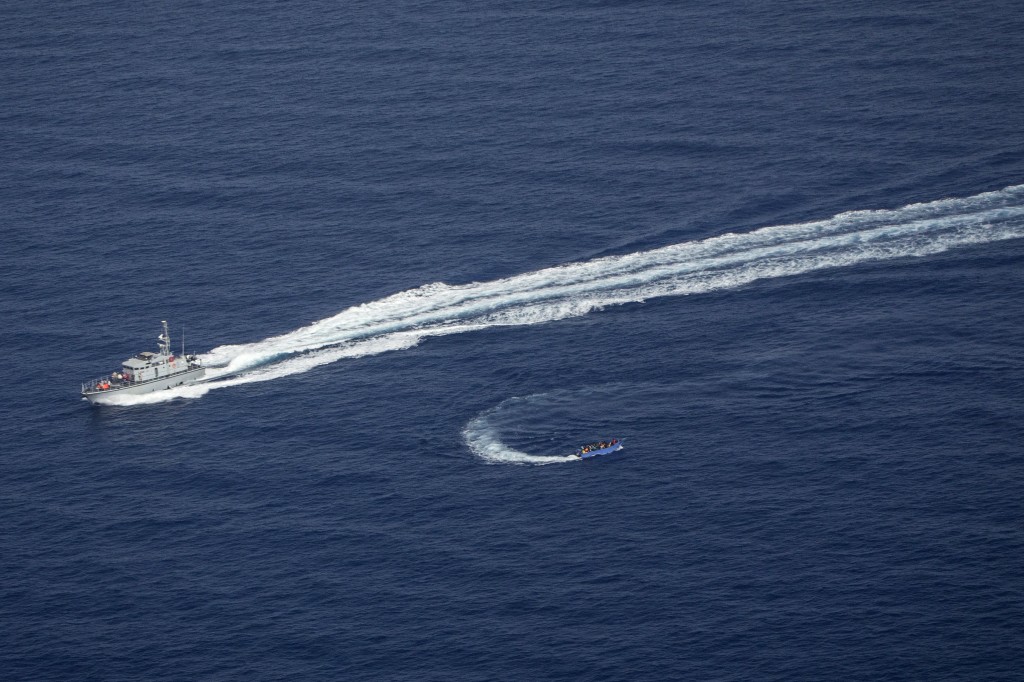 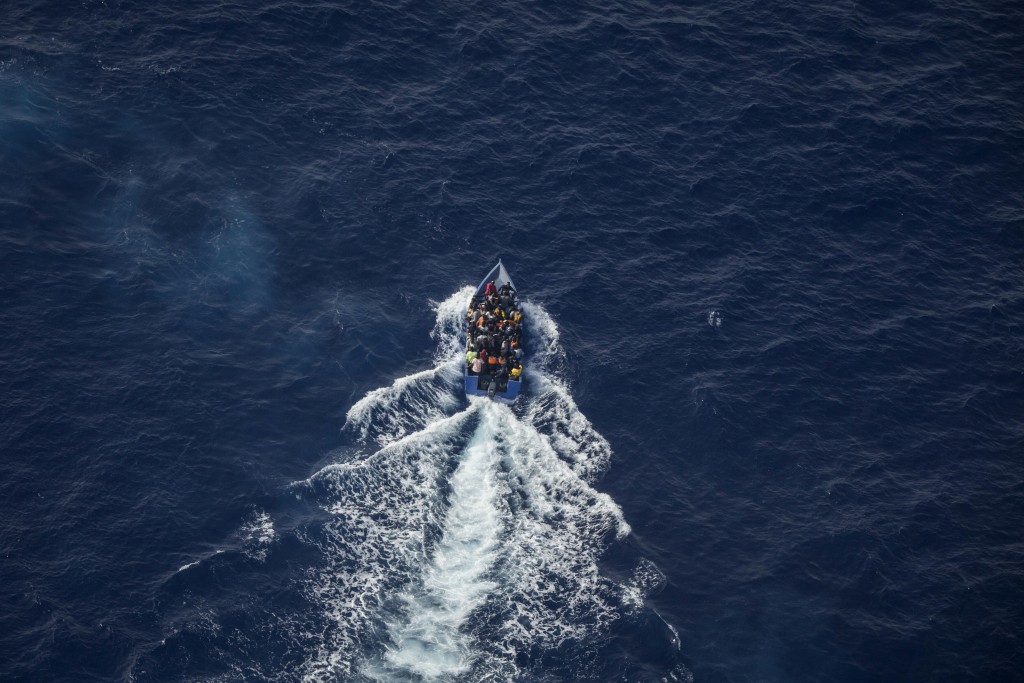 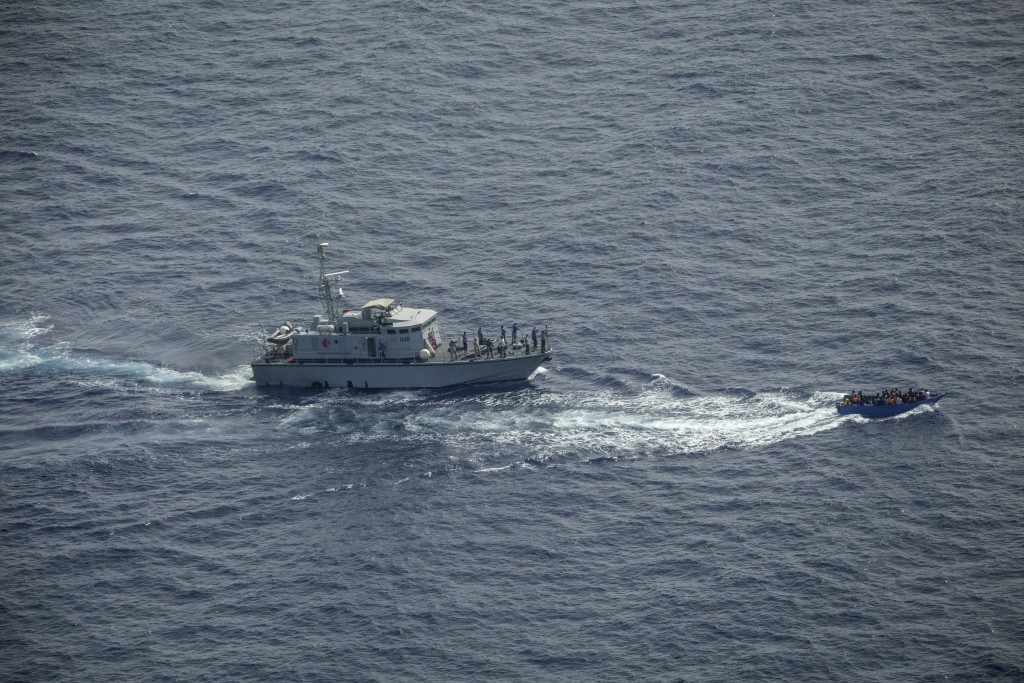 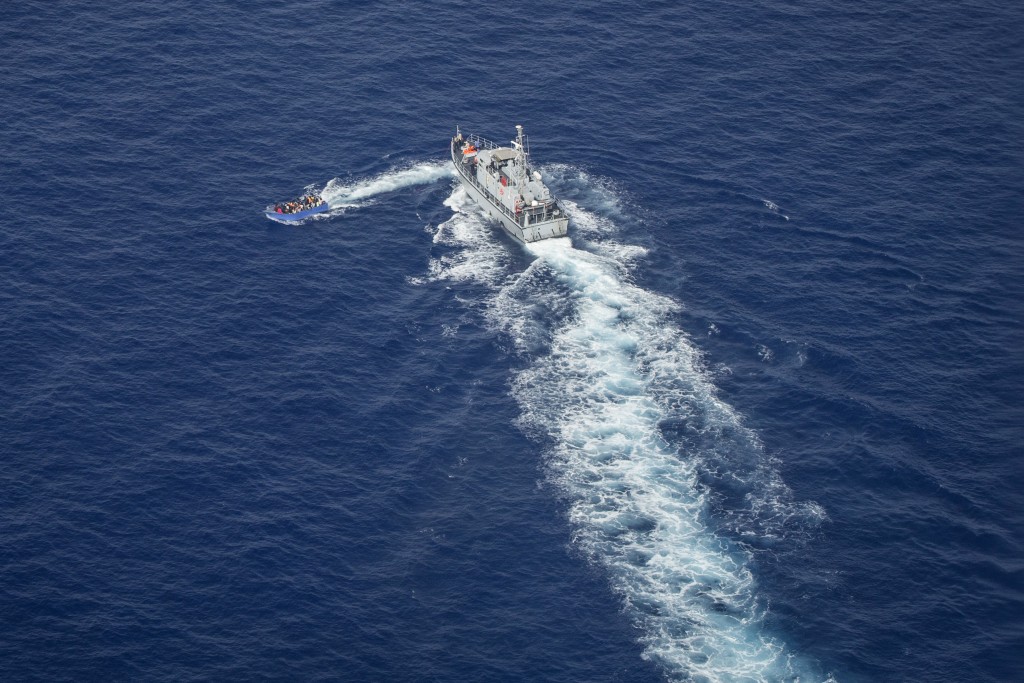 BARCELONA, Spain (AP) — A non-profit sea rescue group on Thursday slammed Libya's coast guard after it witnessed the Libyan maritime authorities in what it described as chasing a crowded migrant boat and shooting in its direction in an apparent effort to stop it from crossing the Mediterranean Sea to Europe.

Members of the German non-governmental group Sea-Watch filmed the incident on Wednesday while flying over the area in an observation mission.

“Those who shoot at refugees and try to capsize their boats are not there to save them. The EU must immediately end cooperation with the so-called Libyan Coast Guard,” Felix Weiss was quoted in a statement from the group released with the video.

In the footage, filmed from the plane, a blue wooden boat with a small engine and at least two dozen people onboard is seen being followed in circles, at high speed, by the Libyan coast guard.

During the chase, which occurred in international waters under Malta's search and rescue responsibility, men in uniform on the Libyan vessel can be seen firing at least two times toward the boat, with bullets hitting water close to the boat. The Libyan coast guard comes dangerously close to crashing into the boat several times.

The Sea-Watch said it communicated to the Libyan authorities via radio that they were endangering the lives of the people on the blue vessel and urged them to stop shooting. The Libyan coast guard replied in broken English that they were trying to rescue the migrants.

The Sea-Watch aircraft was short on fuel and turned back before the chase ended, the statement said. It later received reports the boat had arrived on the Italian island of Lampedusa on Thursday morning.

There was no immediate comment on the incident from Libya, Malta or the authorities on Lampedusa.

The EU trains, equips and supports the Libyan coast guard to intercept people trying to cross the Central Mediterranean to Europe. At least 723 people are known to have either died or gone missing taking this route on unseaworthy boats so far this year.

Nearly 15,000 men, women and children have been intercepted by the Libyan coast guard and returned to Libyan shores from the start of the year up to June 26, a record number.

More than 20,000 migrants and refugees have died trying to cross the Mediterranean Sea to Europe since 2014. The Central Mediterranean stretch between Italy and Libya specifically has seen an uptick in attempted crossings and deaths this year after a lull during the height of the pandemic.

With EU support, the Libyan coast guard has stepped up interceptions of migrant boats, returning people onboard to Libya. But the U.N. and several other rights organizations have condemned their return to the war-torn country, where many are placed in squalid detention centers at risk of abuse and torture.