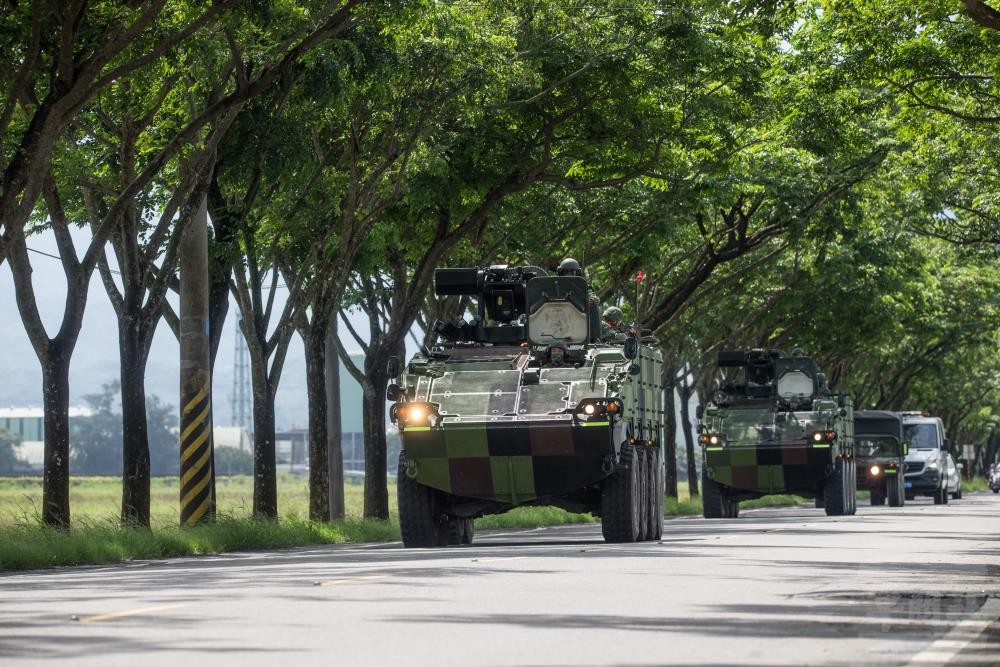 The brigade dispatched its Clouded Leopard armored vehicles to tactical positions while soldiers responded to simulated combat situations to familiarize themselves with wartime conditions and strengthen their training, Military News Agency reported.

The commander overseeing the exercise, surnamed Liao (廖), said troops cannot slack off for even one day, adding that rigorous and continuous training is the only way to defend the country. Through combat readiness and reconnaissance drills, soldiers can learn how to handle any scenario and hone their skills, he said, pointing out that “Only in wartime can the Army's combat power be effectively displayed.”

A deputy platoon commander surnamed Huang (黃) stated that the brigade is dedicated to its combat duties and that the exercise was carried out successfully according to Army procedures and requirements, according to Military News Agency.