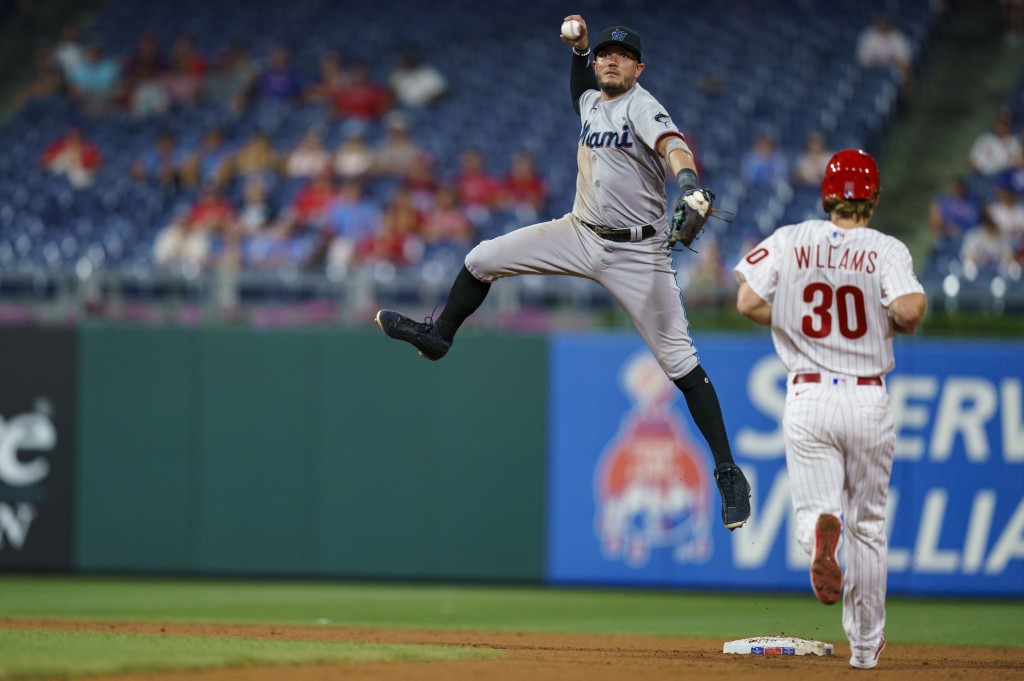 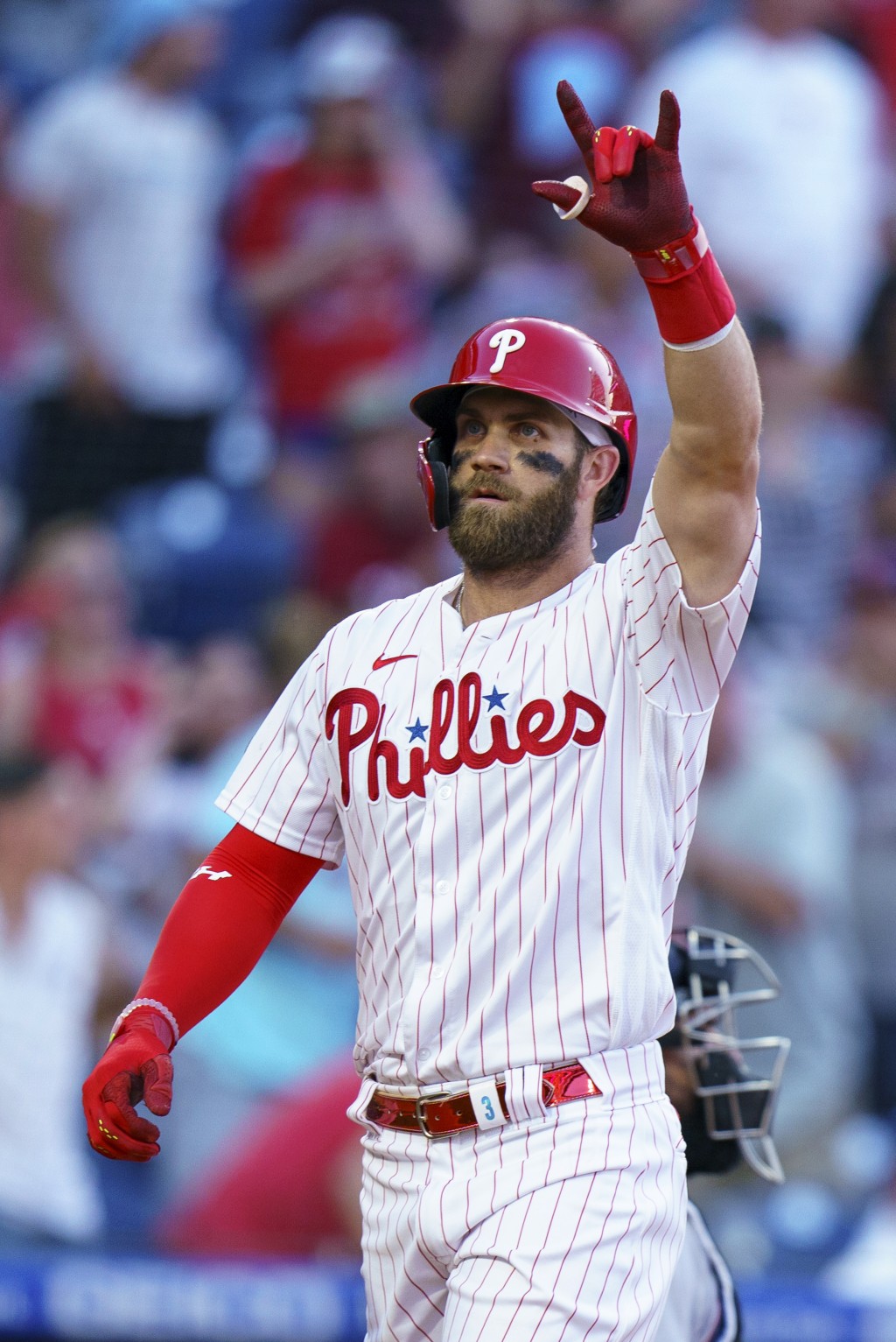 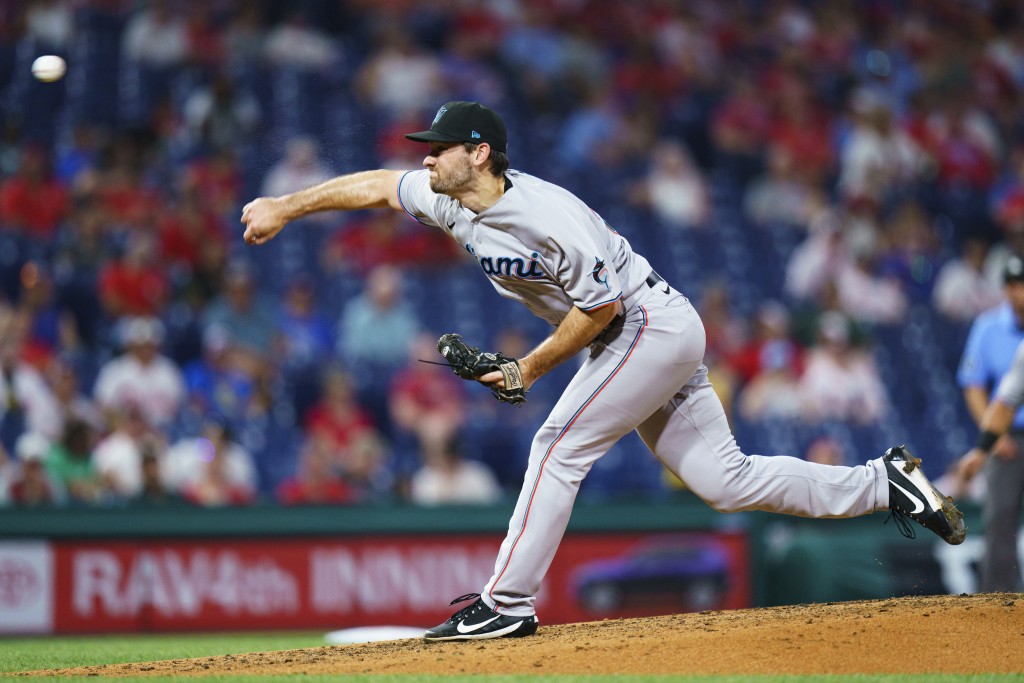 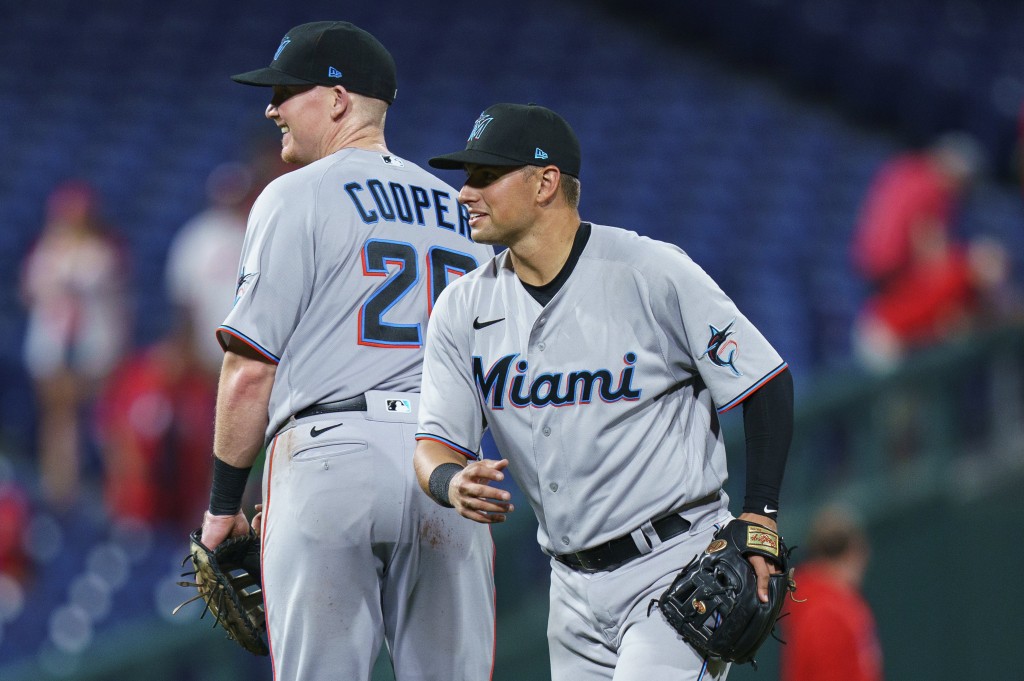 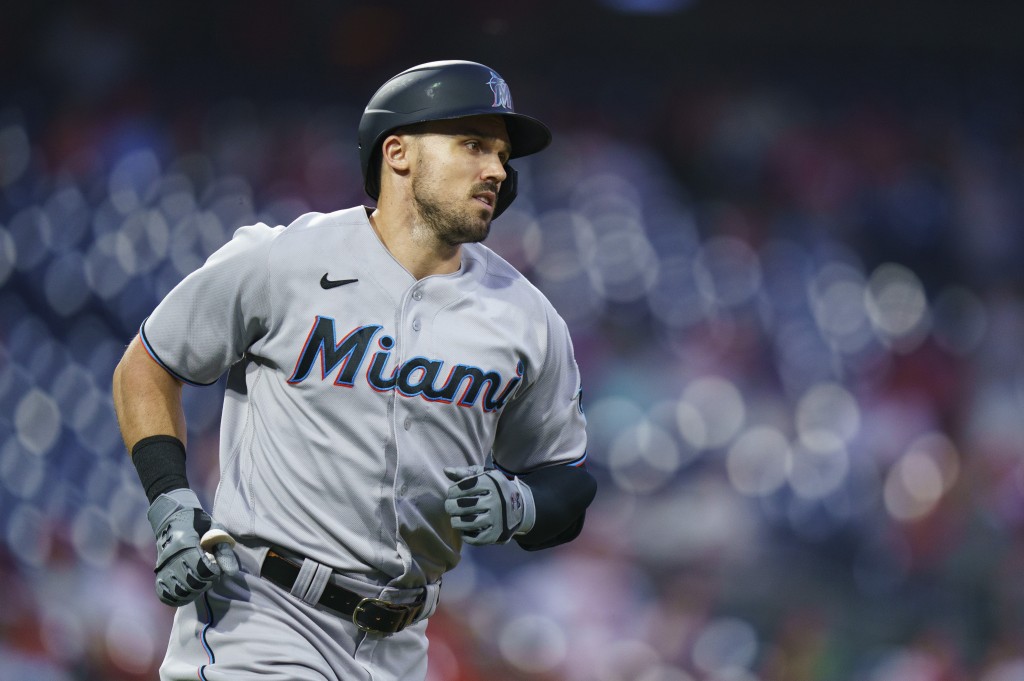 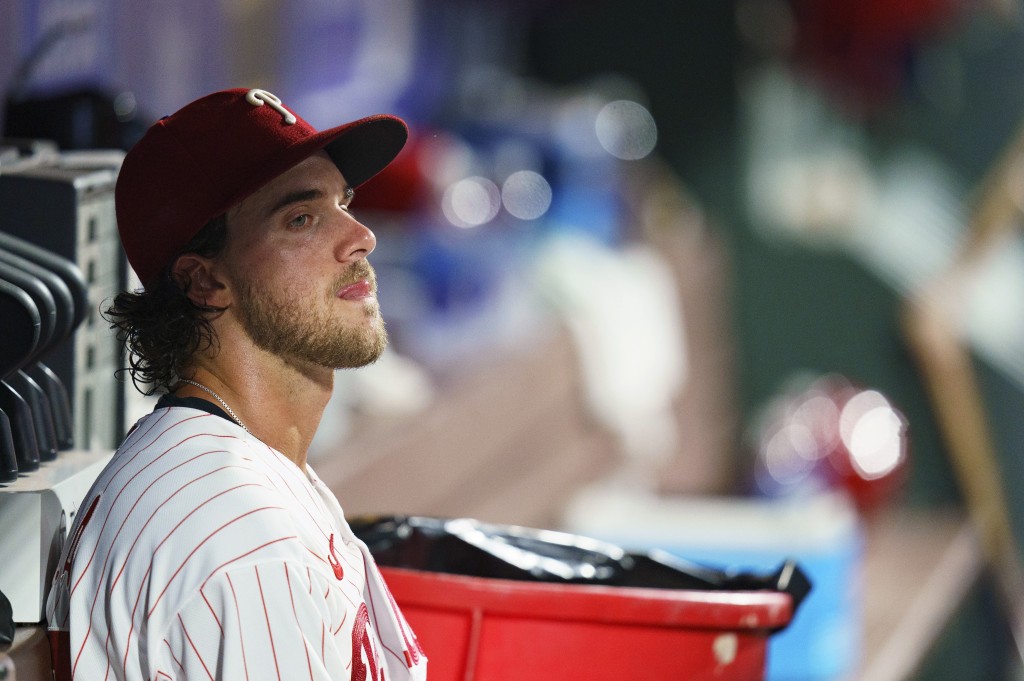 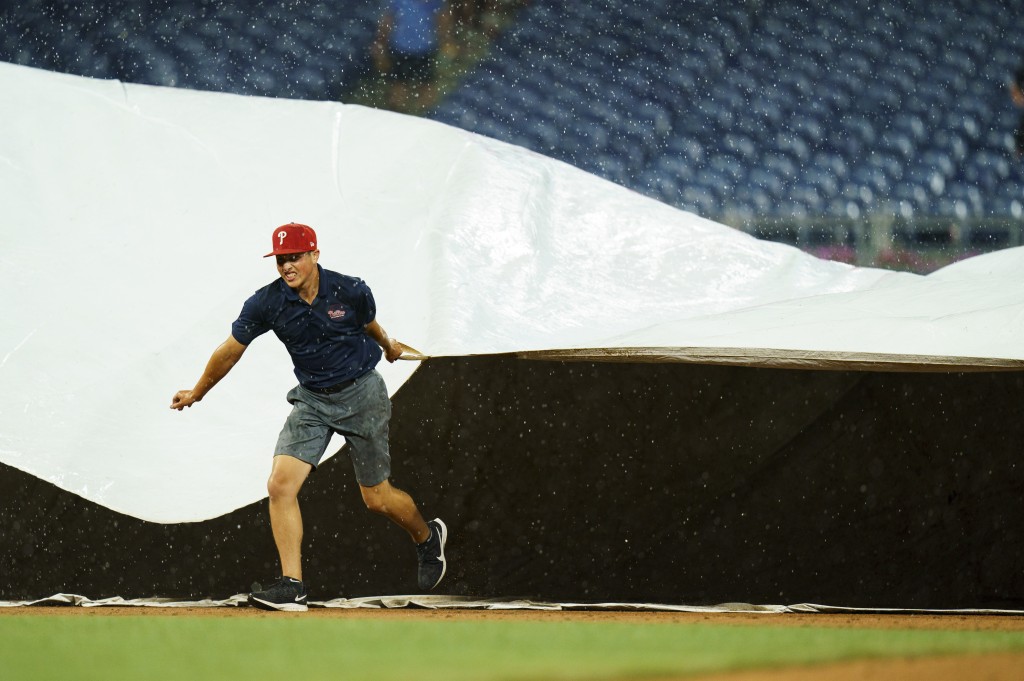 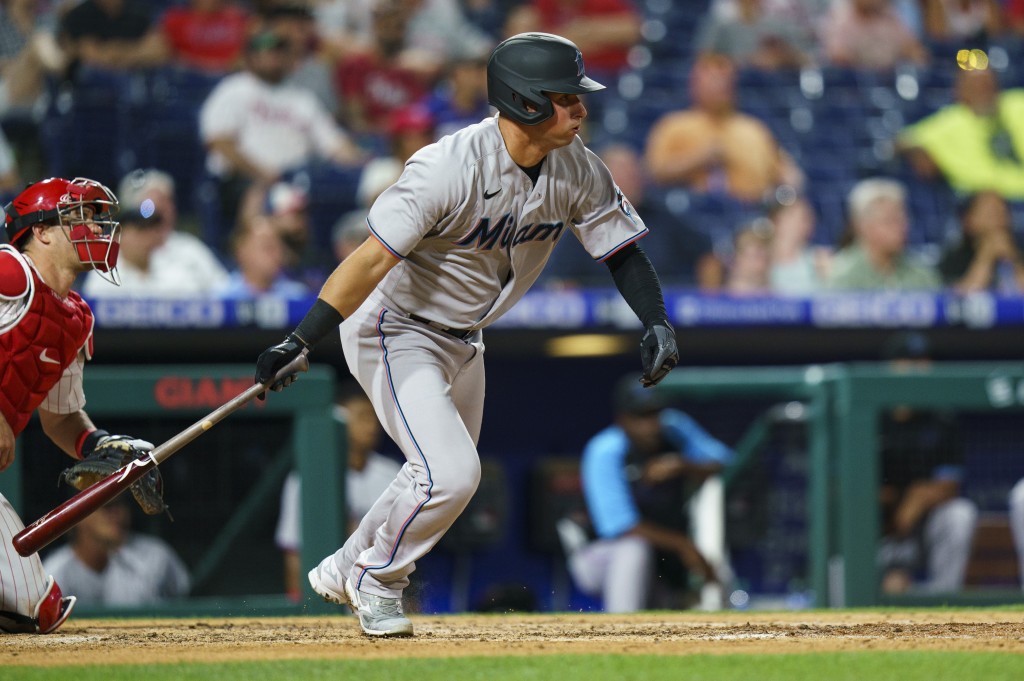 PHILADELPHIA (AP) — Joe Panik made an instant impression in his first game in Miami's lineup, homering in his first at-bat and adding a go-ahead RBI single during a six-run sixth inning as the Marlins rallied for an 11-6 win over the Philadelphia Phillies on Wednesday night.

“It was good to get right out there and make an impact,” Panik said following a 2-for-4 night with two runs scored and two RBIs. “It was a good night and a good first day. Hopefully, there's a lot more good to come.”

Starling Marte went 4-for-6 for Miami and Garrett Cooper and Adam Duvall each had three hits for the Marlins. Duvall recorded his 18th homer of the season, and Cooper, Jesus Sanchez and Sandy Leon each drove in two runs as the Marlins wore Phillies starter Aaron Nola down on a humid night and capitalized on the porous Philadelphia bullpen for four additional runs.

“These guys are not quitting,” Marlins manager Don Mattingly said. “We’re going to keep playing. Tonight is a good win. You get down 4-1 to Nola and you are not in a good spot. ... It's a good sign for our club.”

Bryce Harper hit two solo homers for the Phillies, increasing his season total to 13. It was the 23rd multihomer game of Harper’s career. Nick Maton drove in two runs for Philadelphia, which has lost 10 of its last 15 games.

“I believe we can play (better), but we have to start doing it,” Phillies manager Joe Girardi said. “That's the bottom line. And there's been a myriad of issues that we've had over the course of time, whether it be pitching, hitting or defense. There's been a number of things, but we have to turn this around.”

Panik was activated by the Marlins before Wednesday’s game after arriving as part of a four-player trade with the Toronto Blue Jays for outfielder Corey Dickerson and pitcher Adam Cimber. He went right to work, turning on a Nola knuckle-curve and whipping it into the bleachers in right field for his third homer of the season in the second inning. In the fifth, Panik had an RBI single to right off reliever Neftali Feliz that scored Miguel Rojas and broke a 5-all tie.

Leon followed with a two-run double to the right field corner that brought in Sanchez and Panik, extending Miami’s lead to 8-5. “Gong down 4-1 against Aaron Nola, it’s easy to mail it in and say today is not our day,” Panik said. “But we had a lot of good at-bats in the fifth inning. That’s what good teams do and they believe in each other. It was nice to see.”

Miami tacked on two runs in the sixth, one on a single by Cooper that scored Jazz Chisholm Jr. The other Marlins run scored when a Rojas grounder to third was misplayed by Alec Bohm, allowing Marte to score.

One start after tying Tom Seaver’s 51-year old major league record of recording 10 consecutive strikeouts, Nola struck out 11 Marlins — including eight of the first nine outs of the game by punchout.

However, Nola’s pitch count rose quickly as he labored in the fifth, failing to get out of the frame after yielding four consecutive two-out singles to Cooper, Duvall, Rojas and Sanchez. Nola (5-5) is 4-8 lifetime against the Marlins with a 3.58 ERA after allowing seven earned runs in 4 2/3 innings.

“That's not what I'm usually doing,” Nola said. “But I'll keep working. I need to pitch deeper into the games.”

Phillies pitchers recorded 16 strikeouts in the game, but allowed the Marlins to post a season-high 18 hits.

Zach Pop (1-0) worked an inning and earned the victory.

Marlins: Miguel Rojas was back in Miami’s lineup at shortstop on Wednesday after being sent back to Miami’s team hotel before Tuesday night’s game due to an unidentified illness.

Phillies: Shortstop Didi Gregorius was 1-for-5 with an RBI single in an injury rehab assignment on Wednesday with Lehigh Valley. Gregorius, who signed a two-year, $28 million contract in the off-season as a free agent, has played in only 32 of the Phillies 78 games this season with a right elbow condition team officials identified as “pseudo-gout.” He could return this weekend against the San Diego Padres. ... Phillies manager Joe Girardi said that reliever Ranger Suarez suffered back spasms during warmups and was unavailable Wednesday.