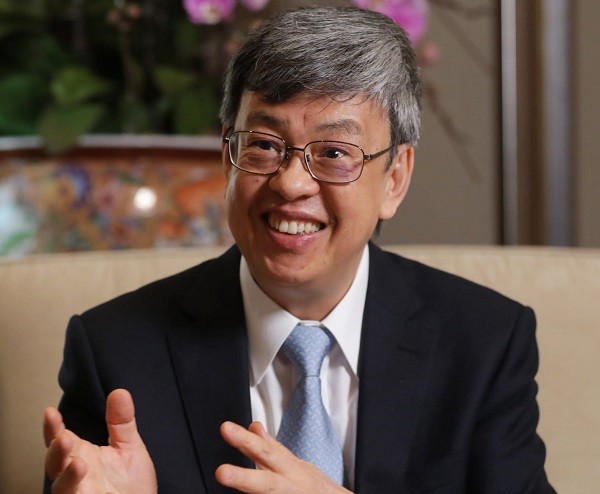 Amid Taiwan's first outbreak of the Delta variant of COVID-19, Chen took to Facebook to describe the relationship between vaccination and virus mutations.

He pointed out that the World Health Organization (WHO) has made a list of SARS-CoV-2 variants that it considers “variants of concern” (VOC).

A VOC is "a variant for which there is evidence of increased transmissibility, more severe disease, significant reduction in neutralization by antibodies generated during previous infection or vaccination, reduced effectiveness of treatments or vaccines, or diagnostic detection failures," according to the Centers for Disease Control and Prevention (CDC).

COVID-19 VOCs currently include the Alpha variant, first found in the U.K., the Gamma variant, which originated in Brazil, and the Delta variant from India.

VOCs have been wreaking havoc around the world with their high transmissibility, Chen noted. Taiwan’s spike in domestic coronavirus cases over a month ago was caused by the Alpha variant, he said, adding that the new wave of infections has resulted in more than 13,000 confirmed cases and over 500 deaths in the country.

He mentioned that the Delta variant is to blame for the recent cluster infection in Pingtung County.

Only 7.7 percent of Taiwanese have currently received at least one vaccine dose, compared to 65 percent of people in the U.K. and 64.6 percent in Israel.

However, he noted that the Delta variant has been blamed for another wave of infections in those two nations. As of mid-June, 99 percent of confirmed cases in the U.K. were infected with this strain.

The former vice president pointed out that vaccination should provide 90 percent protection against severe illness caused by the Delta variant.

Chen went on to say that “God helps those who help themselves” and championed developing domestic vaccines as many other countries have been doing. He said that if domestic vaccines are confirmed to be effective and safe after phase II clinical trials, emergency use authorization (EUA) should be considered in order to win the race against the virus.

The sooner and more thorough the vaccination rollout, the more effective it becomes in preventing the spread of the virus and reducing the possibility of it mutating, Chen said. He added that acquiring as many doses as possible and getting the most people vaccinated should be the priority.