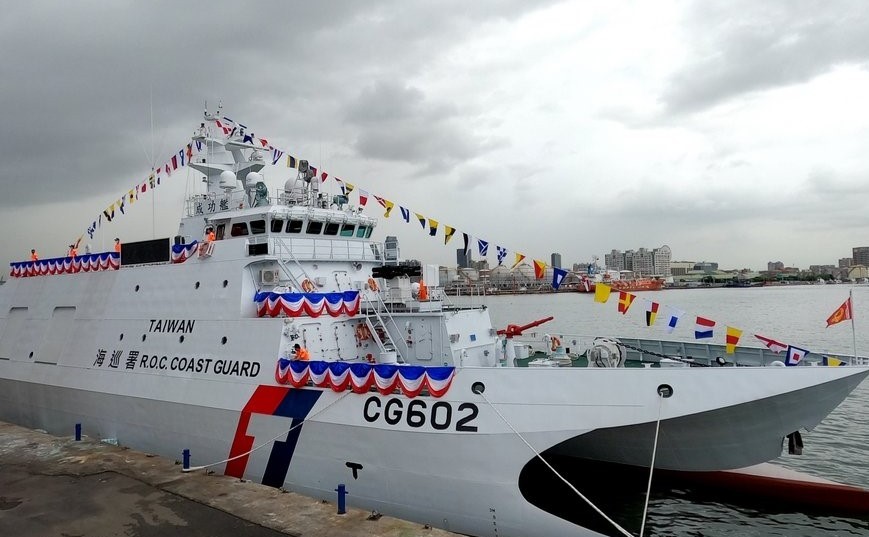 TAIPEI (Taiwan News) — The Coast Guard Administration's (CGA) second Anping-class patrol vessel, the Chengkung, arrived in the Port of Hualien on Tuesday (June 29) to begin maritime missions after being handed over to the CGA on June 25.

The ship, built by Jong Shyn Shipbuilding Group, has been assigned to the CGA’s Eastern Sector Flotilla to protect Taiwanese fishermen and maritime interests in the area.

Liu Kang-I (劉康義), the captain of the patrol vessel, said that the Chengkung is 65.4 meters long, 14.8 m wide, and has a gross tonnage of 1,287 tons, the Liberty Times reported. The ship is constructed entirely of aluminum alloy and has a maximum speed of more than 44 knots. Communications, reconnaissance, and combat capabilities have also been greatly improved, Liu said.

The Chengkung is equipped with a high-pressure water cannon with a maximum range of 120 m and is armed with a rocket system and one 20 mm cannon. It is also equipped with a smart ship command and management system, allowing it to conduct video calls, multi-party conferences, and share real-time video with a command center or other patrol ships while at sea, per Liberty Times.