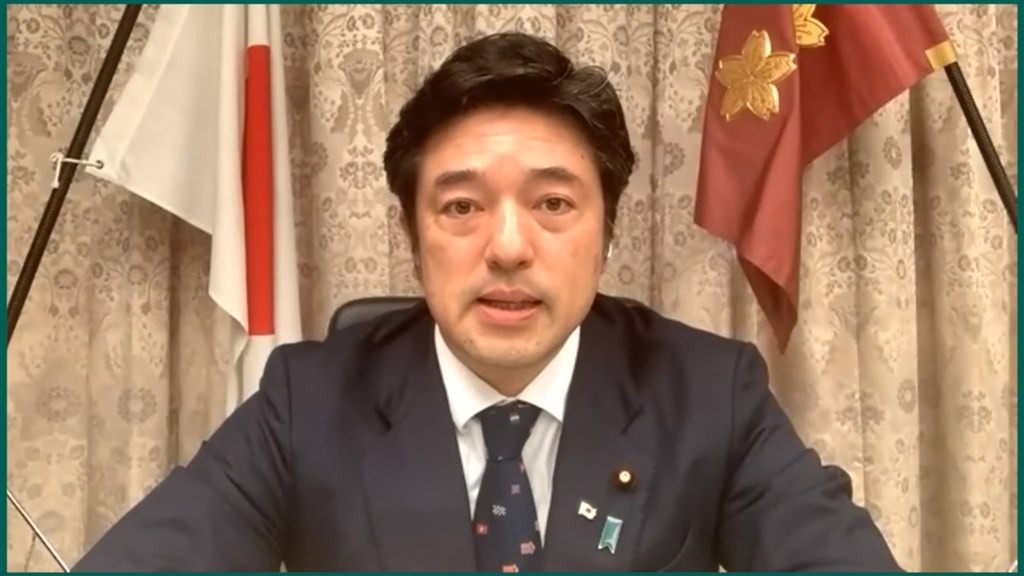 TAIPEI (Taiwan News) — Japan's State Minister of Defence Nakayama Yasuhide on Monday (June 28) warned that the U.S. and Japan need to "wake up" to the threat China poses to Taiwan.

During his opening statement at a talk at the Hudson Institute on Monday, Nakayama said that the Taiwan Strait is the 21st century's red line in Asia. He then asserted that "We have to protect Taiwan as a democratic country."

Nakayama questioned the wisdom and utility of maintaining Japan's "one-China" policy, which dates back to the 1970s. Looking back over the past five decades, Nakayama questioned: "Was it right or good? I don't know."

Institute fellow Kenneth R. Weinstein then asked Nakayama to comment on whether Japan-Taiwan relations are evolving and how much the Japanese associate a security threat to Taiwan with their own security. Nakayama responded by stressing that Japan is "family with Taiwan" and that if something happened to Taiwan, it would directly impact Japan's Okinawa Prefecture.

Nakayama pointed out that in addition to Japan's self-defense forces, U.S. armed forces are based in Okinawa, along with their family members. He said that Japan and the U.S. need to focus more on Taiwan's defense, with 28 Chinese military aircraft having penetrated Taiwan's air defense identification zone (ADIZ) just two weeks ago.

He noted that Chinese warships are now not only carrying out exercises in the Taiwan Strait but also in the Pacific Ocean off Taiwan's east coast. Nakayama said this indicates that China is trying to surround Taiwan and surmised that Taiwanese surely feel a great deal of "stress and threats" from these People's Liberation Army (PLA) activities.

The deputy defense minister said that deterring both China and Russia is key because they are coordinating their military movements. He said that if Taiwan is attacked, it is a direct threat to allied U.S.-Japanese forces because Taiwan is as close to Okinawa as one's "nose and eyes."

Nakayama expressed his wish that the U.S. can be a "stronger, stronger, and stronger" military presence in the region. He observed that 15 years ago, any action by PLA forces could be easily checked by the American military. Since then, however, the PLA's naval forces have become much more robust, with powerful nuclear capabilities and "very strong leadership by [Chinese Chairman] Xi Jinping (習近平)," the minister lamented.

He said that China under Xi has very "aggressive thoughts and will." Nakayama called on the alliance to "wake up" and prepare for provocative military actions by the PLA around Taiwan.