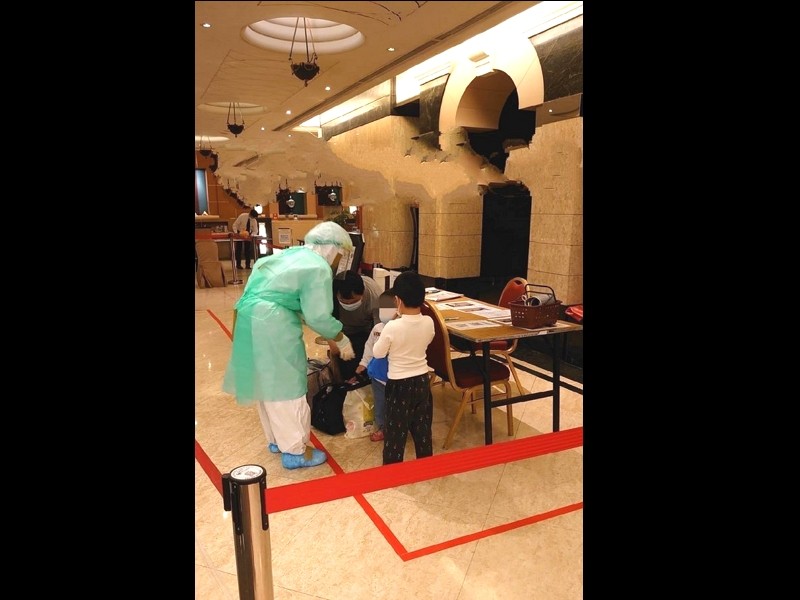 TAIPEI (Taiwan News) — A retired nurse who volunteered to fight on the front line against the coronavirus in Taipei has shared from her experience at a dedicated COVID-19 hotel how the disease can take lives in a short span of time.

Lin Chia-ti (林佳諦) was among thousands of retired medical workers who answered Taipei Mayor Ko Wen-je’s (柯文哲) call in May to sign up for a program in which they were tasked with taking care of and monitoring patients who were positive for the virus but had mild or no symptoms and were being housed in the city’s "bolstered" COVID hotels.

“I’ve never dreaded opening a door so much,” she recalled, saying that some patients were full of spirit in the morning but passed away within a couple of hours. Lin said some patients took a turn for the worse all of a sudden, before they even realized it, and before they could be transferred to a hospital, wrote CNA.

In addition, the recruited medical workers faced more than disease, Lin recalled. In some cases, hotel staff and security had to tackle “runaway” patients. In others, volunteers received biting remarks from tenants, such as “You’re just getting paid to check my temperature,” reported Technews.

According to Lin, the volunteer work, which was compensated with just NT$7,500 (US$268) per day, did not come without risks. Working a 12-hour shift, most of it spent in a hazmat suit, is no easy job, she said, especially when the work involves changing diapers for the elderly, disposing of rotten food left by those without an appetite, and the necessary hour of cleaning and disinfection after a day's work.

The veteran nurse, who attended to SARS patients in the 2003 pandemic, urged against complacency as Taiwan sees a downward trend in daily infections. She called on people not to push their luck now that the country is battling a new threat in the form of the highly infectious Delta variant.