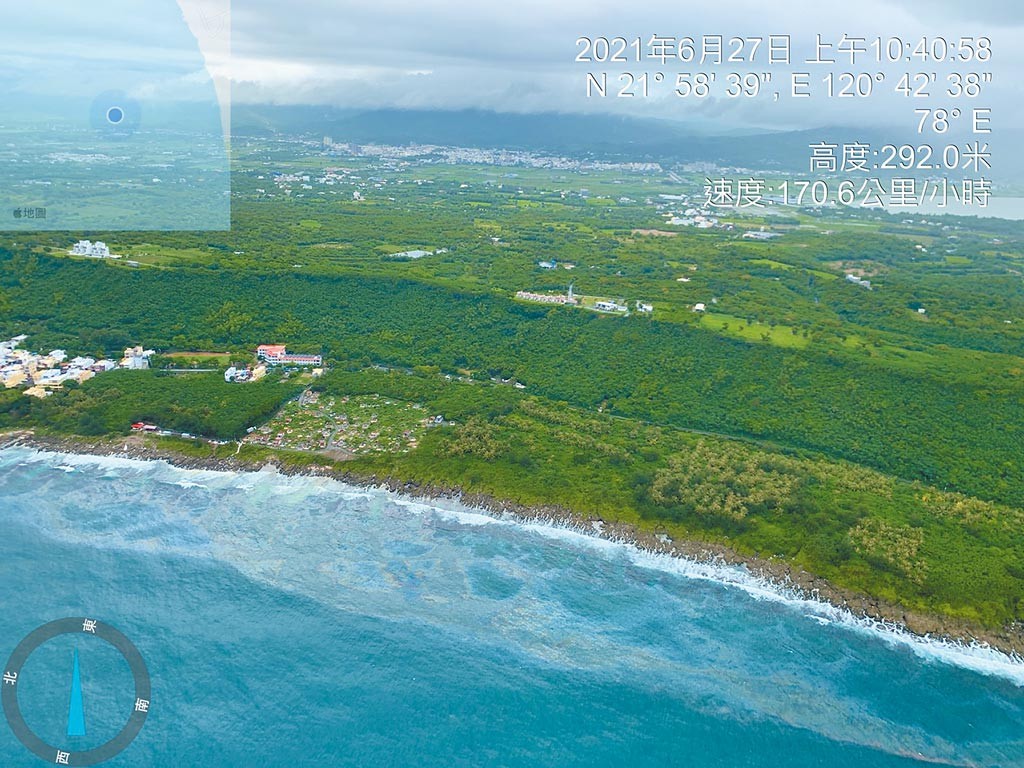 On June 22, a pipeline ruptured at an offshore unloading facility operated by Taiwan's state-run oil refiner CPC Corp. (台灣中油) at the Dalin Oil Refinery in Kaohsiung City. The rupture resulted in approximately 25 million metric tons of crude oil being released into the sea, reported Liberty Times.

That same day, an oil slick was spotted off the coast of Xiaoliuqiu in Pingtung County. By the next day (June 23), the shore around the iconic coral island was coated in a thick layer of oil.

Clean-up crews rushed to the scene to deploy oil booms and oil-absorbing equipment. The oil slick then floated to Vase Rock and the nearby fishing port.

Sea turtles were no longer seen surfacing in the area and a large amount of oil pollution could be seen drifting all the way to the open ocean. By June 25, the oil had made its way to Checheng Township.

On June 26, the oil had made its way to the Shanhai intertidal zone and Hongchaikeng on the western edge of the Kenting National Park. Coast Guard Administration officers rushed to the scene with oil absorbent cotton and oil booms to try and contain the slick.

However, residents worried that Houbihu, Nanwan, and Xiaowan in the heart of the park would soon be affected, and they could smell toxic fumes from the nearby slick. The newspaper cited Hengchun Township Mayor Chen Wen-hung (陳文弘) as saying the oil slick "from Xiaoliuqiu to Kenting is all due to an ecological catastrophe caused by CPC!"

Residents of Wanlitong Beach have also spotted oil invading the area. There are fears that the oil could inflict long-term damage to the coral reef as well as its intertidal zone, which is a famous tourist attraction in the area.

On Sunday (June 27), the Ocean Affairs Council (OAC) ordered CPC to take effective measures to put a halt to the oil leak and to remove all oil pollution. It has also levied a fine against the corporation of NT$1.5 million (US$53,766), reported China Times. Oil seen on shore at Xiaoliuqiu on June 23. (CNA photo)