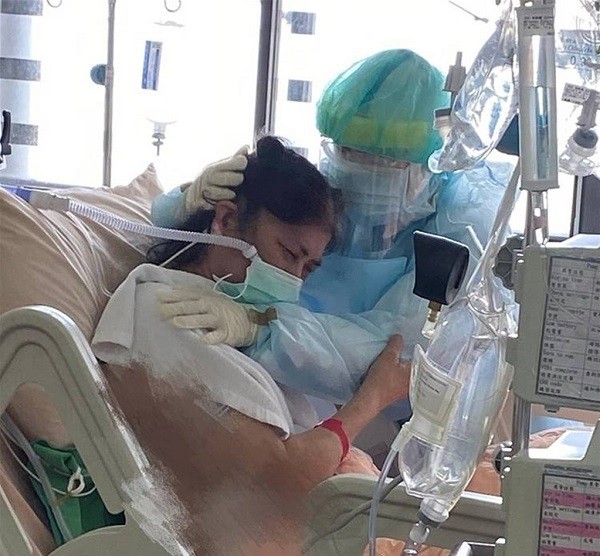 TAIPEI (Taiwan News) — A severely ill COVID-19 patient was released from a hospital in Hualien County on Saturday (June 26) following nearly one month of treatment, and described the experience as like being reborn, according to CNA.

The scooter helmet store owner who was diagnosed with COVID in late May, had been transferred to a ward for severely ill patients at Hualien Tzu Chi Hospital. Her condition eventually improved, and on June 18, her ventilator was removed. On Saturday, she checked into a quarantine hotel.

The helmet store owner said she has a gap in her memory between her initial hospitalization and waking up able to breathe on her own, a feeling she likened to “rebirth.”

“The hug from Medical Department Director Wu Ya-ru (吳雅汝) was the first hug I received after I was isolated following a confirmed diagnosis and the first after my rebirth, which felt so heart-warming,” CNA quoted the woman as saying.

The first thing she wanted to do now, she said, was gift each member of the medical team a helmet as a way of thanking them. The second was to have a video chat with her mother, who is in her 80s and had not been told of her daughter’s condition for fear she could not handle the stress.

The hospital said it has been treating 16 coronavirus patients as of Sunday and that 10 had been released from the hospital.