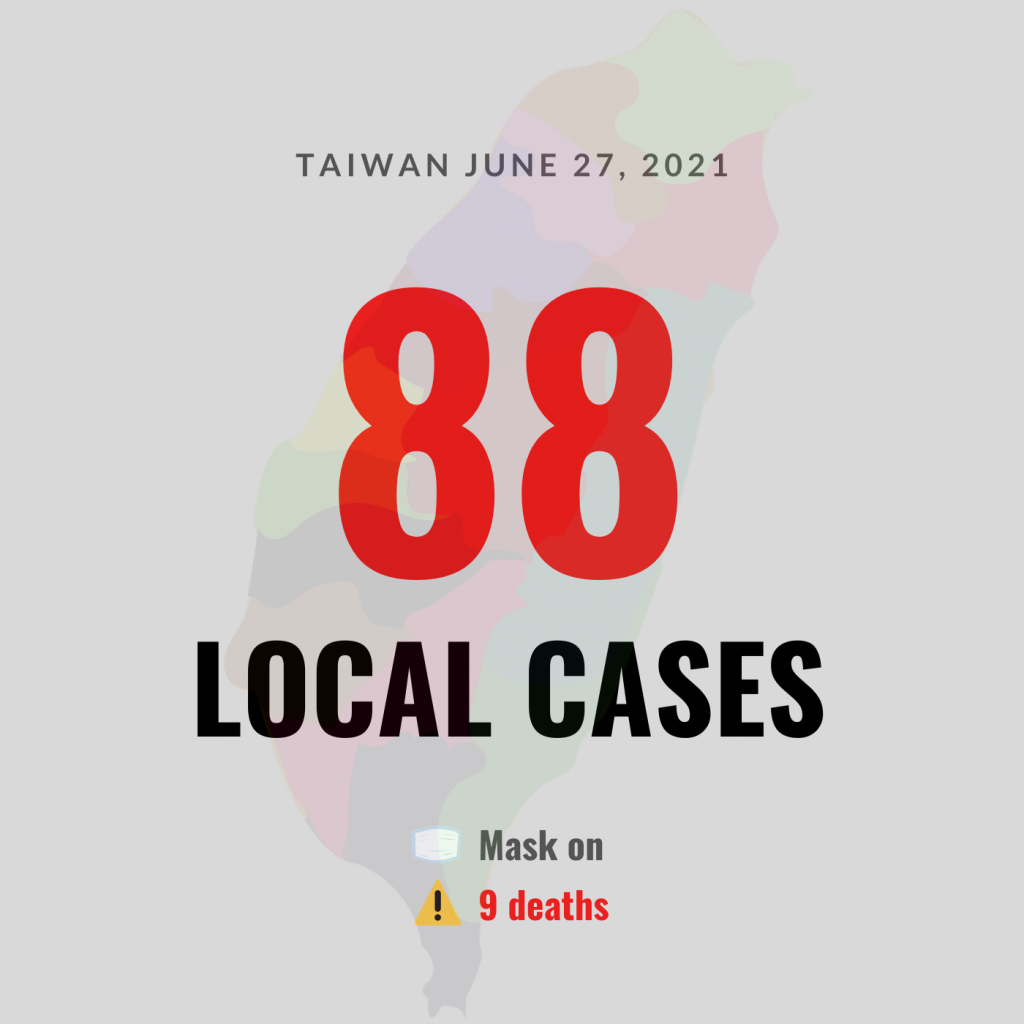 Of the 88 new local infections, 48 are male, and 40 are female. Among the nine who perished, three were men and six were women, ranging in age from their 40s to 90s. All who died were confirmed to have contracted the virus between May 20 and June 25, and they passed away between June 22 and 26, according to the Central Epidemic Command Center (CECC).

New Taipei City saw the highest number of new domestic infections for any municipality, with 41 overall. It was followed by Taipei City with 33; Tainan City with eight; Taoyuan City with three; while Pingtung County, Nantou County, and Hsinchu City each recorded one case.

The one new imported case is a Taiwanese man in his 20s who returned on June 11 from Austria. As of Sunday, Taiwan has recorded 14,634 cases, including 13,411 domestic ones and 632 fatalities.

Taiwan confirmed its first local cluster infections of the highly transmissible Delta variant in the southernmost county of Pingtung this week. At least 8 cases have been identified, with the source believed to be two family members who returned from Peru on June 6. Passengers who were onboard the same flight as the pair will be tested, per the CECC.

While a nationwide Level 3 alert remains in place until at least July 12, the new cluster has jolted Pingtung into action with enforced restrictions. An ongoing emergency inoculation effort is targeting Fangshan township, the epicenter of the outbreak.