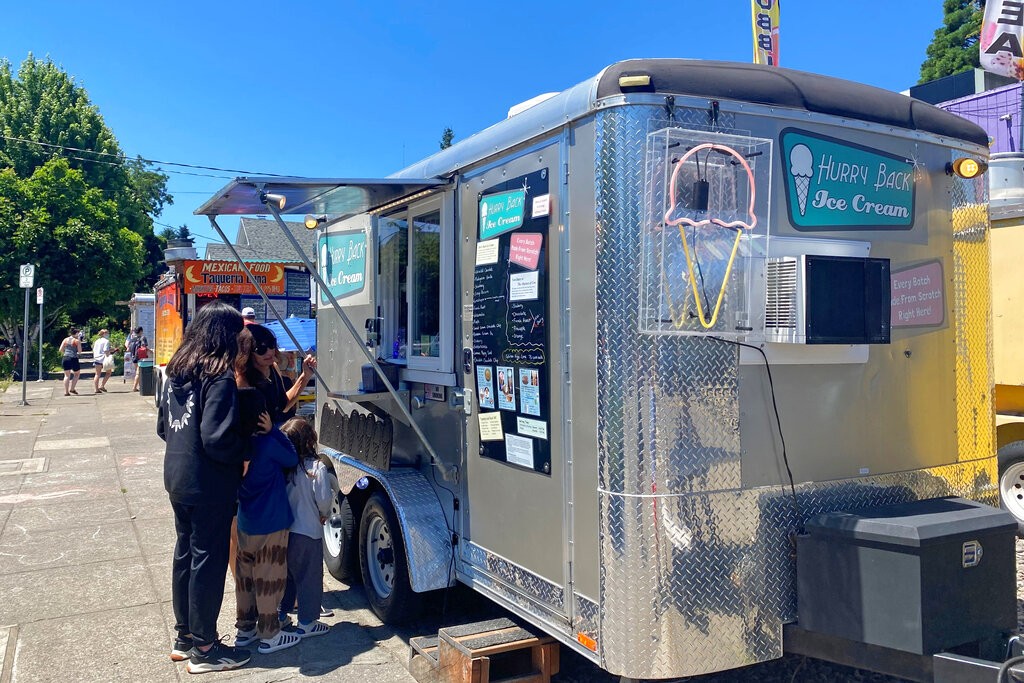 All of Washington and Oregon and parts of Idaho, Wyoming and California were under an excessive heat warning as temperatures were to soar 20 to 30 degrees Fahrenheit above average throughout the region during the weekend and through next week, the National Weather Service (NWS) said.

"This event will likely be one of the most extreme and prolonged heat waves in the recorded history of the Inland Northwest," the NWS said.

Across the region, dozens of daily record high temperatures are expected to be set, with monthly and even all-time records in jeopardy of falling, the service said.

In Seattle, temperatures were to reach 98 Fahrenheit (37 degrees Celsius) on Saturday and an all-time, record-breaking 106 degrees on Monday. Officials there told the city's 725,000 residents to hydrate, keep blinds closed, use fans and to go to a city cooling centers if needed.

"It's unbearable out there. I set out to run an errand to the post office and ended up taking a Lyft home. Even with sunscreen, shade breaks, and hydrating, I almost passed out," a Twitter user who goes by the name "Anne the Noble Land Waffle" said on the social media platform.

Officials in Multnomah County, Oregon, which encompasses the state's largest city of Portland, warned that highs well above 100 degrees could cause public transportation delays, strain emergency medical services and cause power outages.

On a short video posted online, the county's health officer Dr. Jennifer Vines urged residents to go to a cooling center if they do not have air conditioning, warning that the area is in for "life-threatening" heat.

Pacific Power, which serves 10 states, said in a statement that it did not anticipate heat-related service interruptions but asked customers to use less energy during the heat wave.

Portland General Electric told the Oregonian that it will have about 120 crews working Saturday and Sunday to respond to any outages.

"In past weather comparable to what we’re expecting to see, our system performed as designed," PGE spokesperson John Farmer told the newspaper.

The NWS also warned of that the dry and breezy conditions could also lead to elevated fire weather concerns through early next week.

The weather service was also expected to issue new red flag warnings in California and elsewhere to advise that the brutal conditions raise the risk of wildfires.