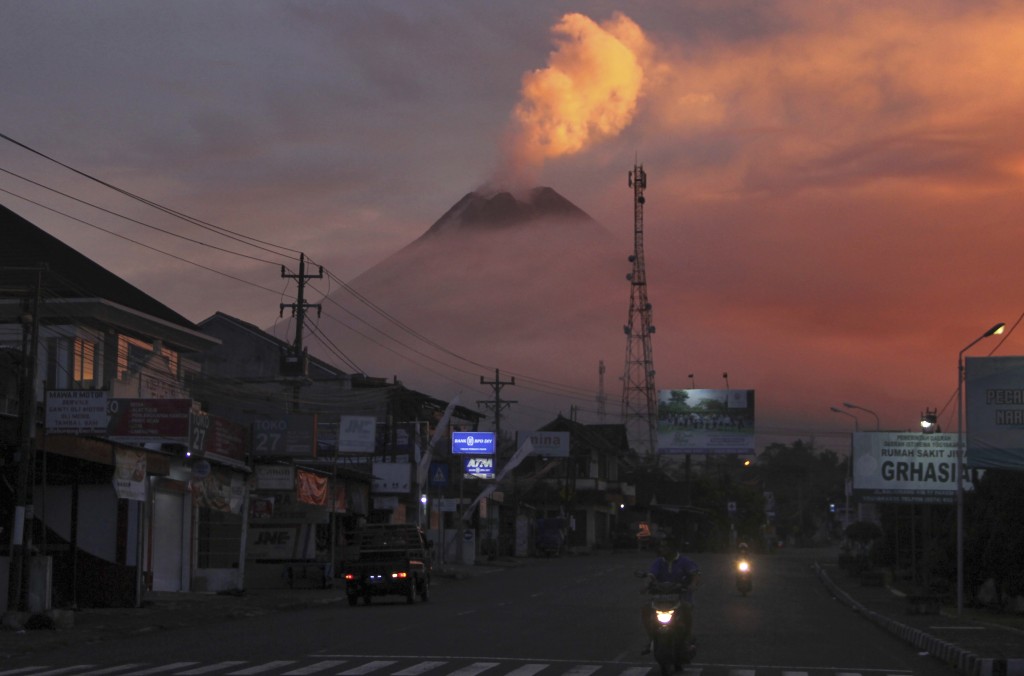 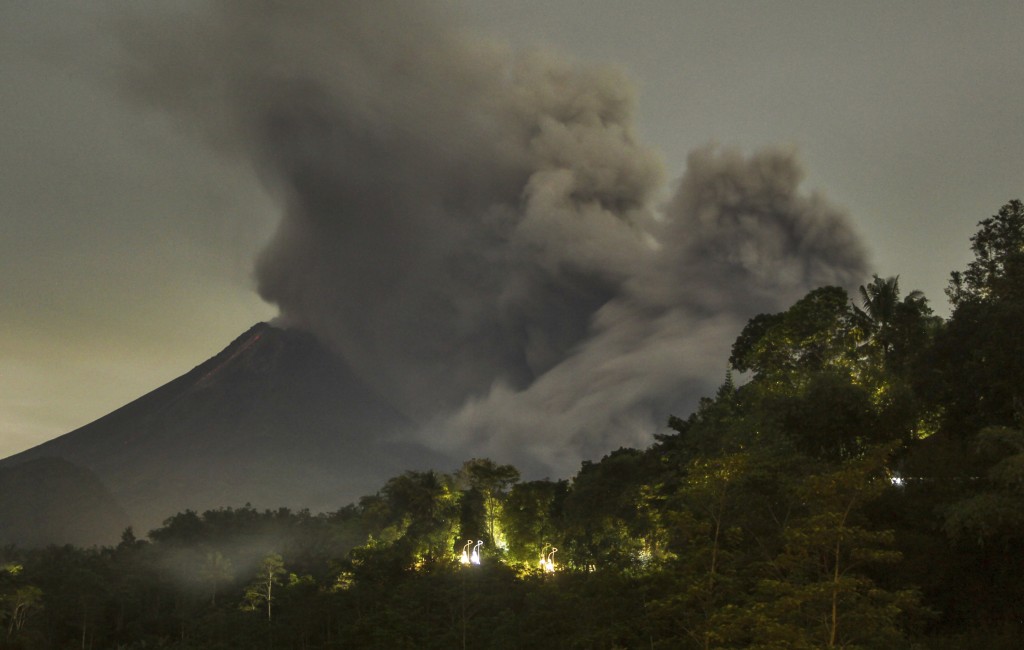 YOGYAKARTA, Indonesia (AP) — Indonesia’s most volatile volcano erupted Friday, releasing plumes of ash high into the air and sending streams of lava with searing gas clouds flowing down its slopes. No casualties were reported.

Clouds of hot ash shot 1,000 meters (3,280 feet) into the sky and an avalanche of lava and searing gas spilled down Mount Merapi’s trembling slopes up to 3 kilometers (1.8 miles) at least six times since the morning as the volcano groaned and rumbled, said Hanik Humaida, the head of Yogyakarta’s Volcanology and Geological Hazard Mitigation Center.

A series of strong pyroclastic flows were released from the actively growing lava dome in the inner summit crater of the 2,968-meter (9,737-foot) high volcano, Humaida said.

She described the volcano’s lava dome as growing rapidly, causing hot lava and gas clouds to flow down its slopes. Parts of the lava dome were collapsing, sending rocks and ash flowing down the southwest flank of the volcano.

Ash covered several villages and nearby towns, she said.

Mount Merapi has seen increased volcanic activity in recent weeks and ash plumes extended about 1.8 kilometers (1.2 miles) to the southwest of the volcano before dawn, Humaida said.

Indonesia’s Volcanology and Geological Hazard Mitigation Center did not raise Merapi’s alert status, which already was at the second-highest of four levels since it began erupting last November.

Villagers living on Merapi’s fertile slopes are advised to stay 5 kilometers (3.1 miles) from the crater’s mouth and should be aware of the peril of lava, the agency said.

The volcano is on densely populated Java island near the ancient city of Yogyakarta. It is the most active of more than 120 active volcanoes in Indonesia and has repeatedly erupted with lava and gas clouds recently.

Indonesia, an archipelago of 270 million people, is prone to earthquakes and volcanic activity because it sits along the Pacific “Ring of Fire,” a horseshoe-shaped series of seismic fault lines around the ocean.

This version has corrected that the volcano's alert status was at the second-highest, not third-highest, level.