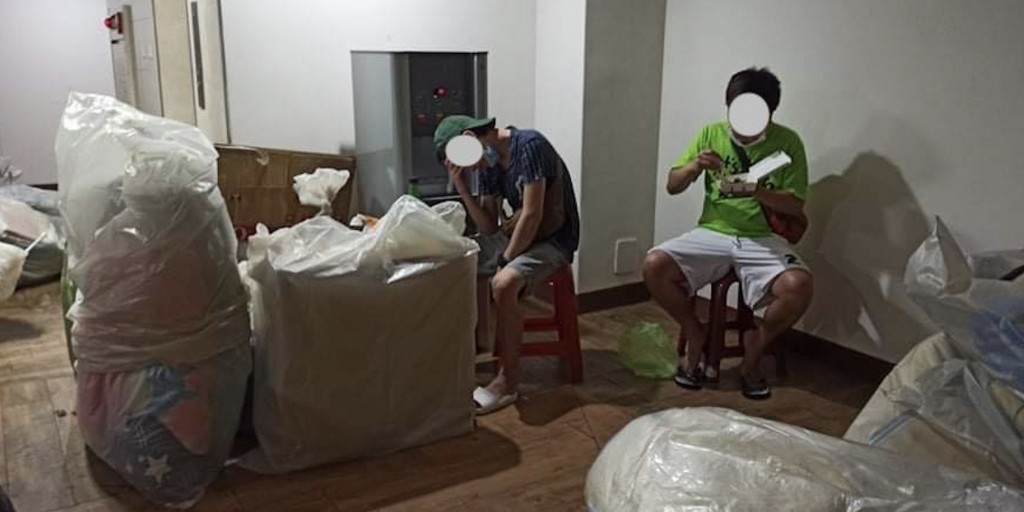 Migrant workers from KYEC, as well as other high-tech factories in Miaoli's Zhunan Science Park, had completed their quarantine following a number of cluster infections in the plants. On Tuesday, they posted photos and videos showing stacks of plastic bags filled with their belongings strewn haphazardly on the street as they returned from quarantine centers.

On Wednesday, CNA cited Miaoli County Councilor Chen Pin-an (陳品安) as saying the workers' dorms had not been properly prepared and the process of moving the workers to other facilities was "chaotic." He called on the county government to urge employers and labor brokers to improve the situation.

Peng Te-chun (彭德俊), director of Miaoli County's Labor and Youth Development Department, said that KYEC is working on a plan to resume operations. Peng said that some migrant workers who were sent to quarantine centers in central and southern Taiwan have returned to their dormitories in Miaoli.

Because the number of people per room must be reduced to lower the risk of infection, some of the workers are being moved to other quarters. Peng conceded the process has "indeed been a little messy" over the past two days.

Peng said labor brokers have been asked to speed up operations and settle the migrants properly. Also, they should arrange for interpreters to improve communication and avoid unnecessary misunderstandings caused by the relocations.

Chen pointed out that more than 100 migrant workers from KYEC have been asked by labor brokers to move out from their rooms in Zhunan Township to dormitories in Zaqiao Township. Chen said that due to poor logistics, the "process was very chaotic."

Luggage and belongings were randomly strewn around on the street or packed into narrow corridors. Some migrants had to sleep in hallways.

Others had rooms, but no beds or the bed frames had not been assembled. This left them no choice but to lay on mats to get some rest.

Chen said that she saw the photos and videos posted online by migrant workers and the situation was "ridiculous, chaotic and inhumane." She said the county government should urge KYEC and labor brokers to handle the situation properly.

Peng said that the arrangements for quarantined migrant workers involved a lot of complex factors such as providing separate rooms for men and women, complying with mandatory regulations, and subdivision of living areas. 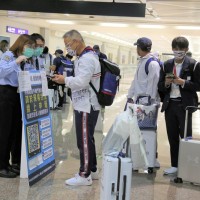 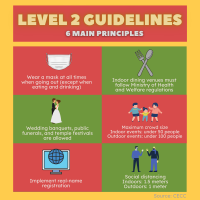 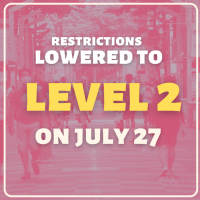 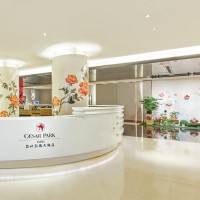