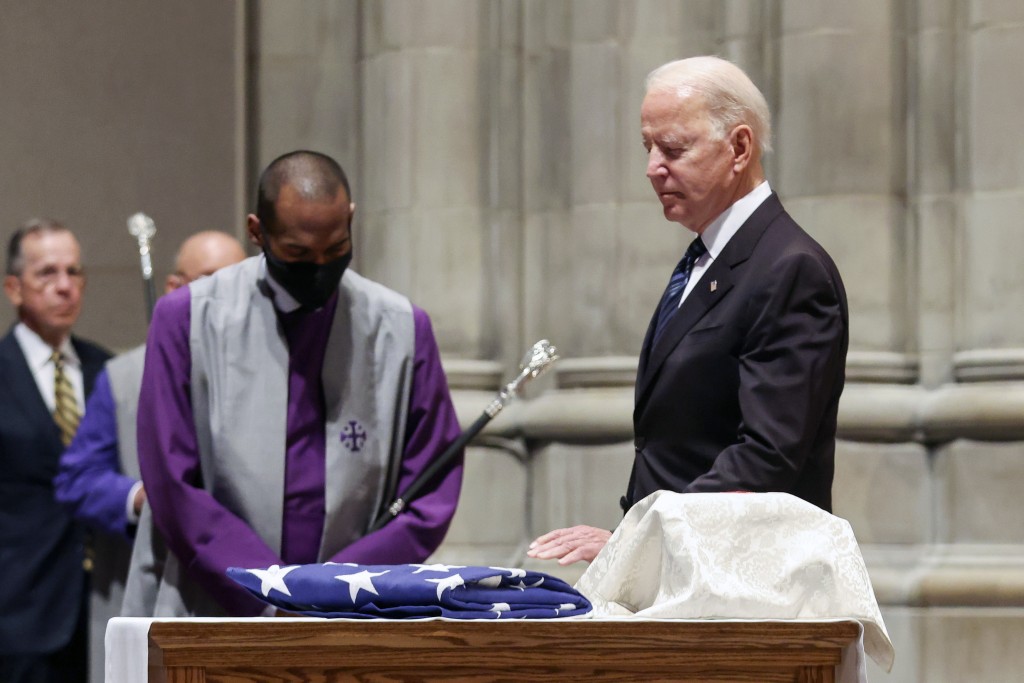 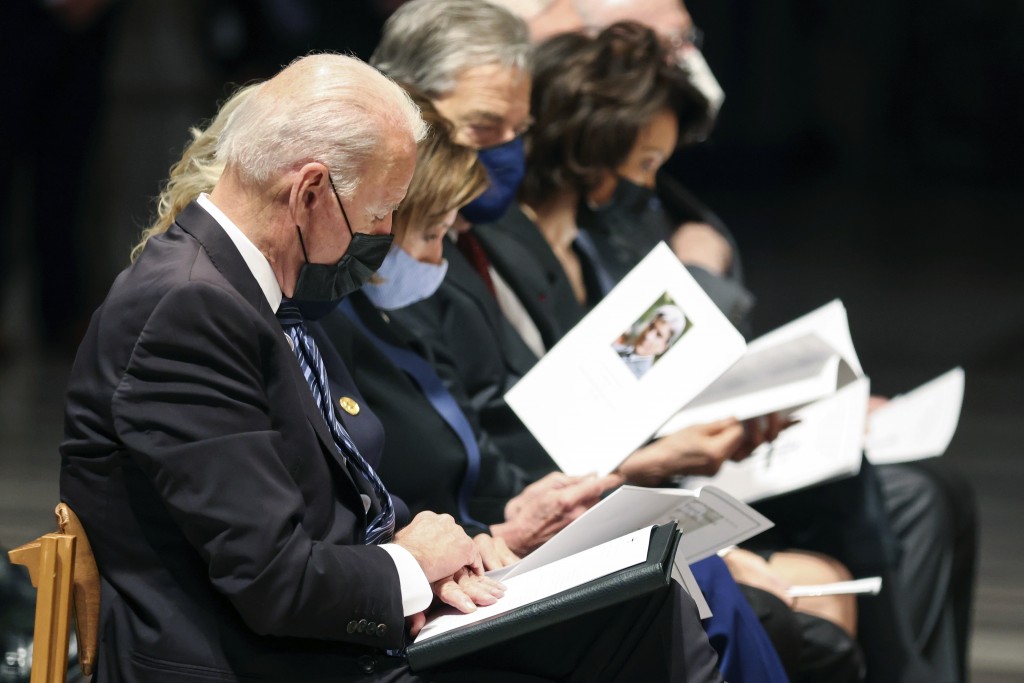 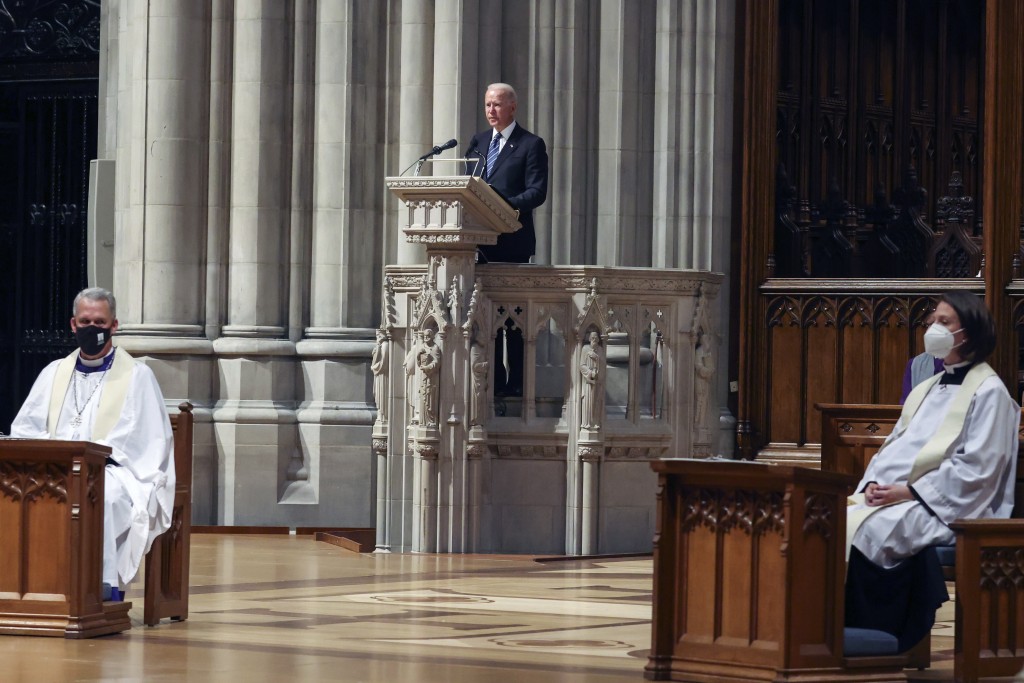 WASHINGTON (AP) — President Joe Biden on Wednesday mourned his former Senate colleague, Virginia's John Warner, as a “man of conscience, character and honor" who was deeply committed to God and country.

At a time in America's political history when some lawmakers are seen as reaching decisions based on partisan or personal interests, Biden said Warner was the opposite.

“John’s decisions were always guided by his values, by his convictions and never by personal political consequences” the president said in remarks before a masked audience at Washington National Cathedral that included Warner's immediate family and members of Congress.

“It was always guided by his obligation to all those he represented, even those who did not vote for him,” said Biden, who met privately beforehand with Warner's family.

Warner died of heart failure at his Alexandria, Virginia, home on May 26. He was 94.

Warner was a centrist Republican who served three decades in the Senate, including with Biden. Warner joined the Navy when he was 17, served with the Marines in the Korean War and rose to become Navy secretary. He was elected to and served five terms in the Senate where he became, in Biden's telling, “a towering and respected voice on foreign policy, national security and defense.”

Warner also was one of Elizabeth Taylor's seven husbands, a union that gave him a potent dash of star power.

In an appeal for bipartisanship, Biden lauded Warner's “willingness to see each other as opponents, not as enemies” and view everyone as fellow Americans ”even when we disagree."

“In the battle for the soul of America today, John Warner is a reminder of what we can do when we come together as one nation,” Biden said.