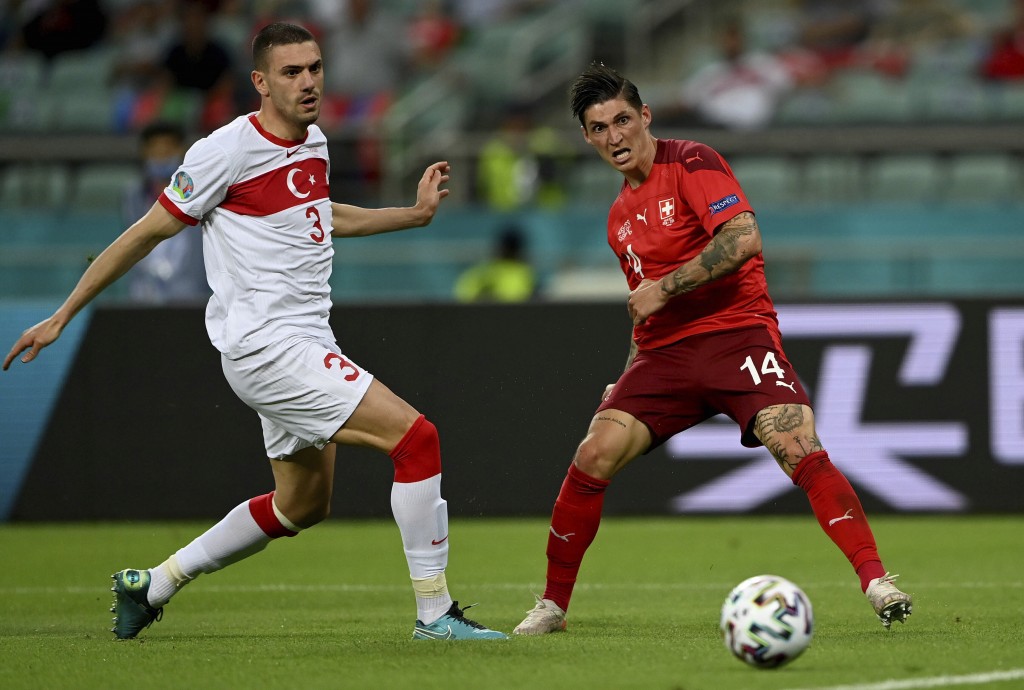 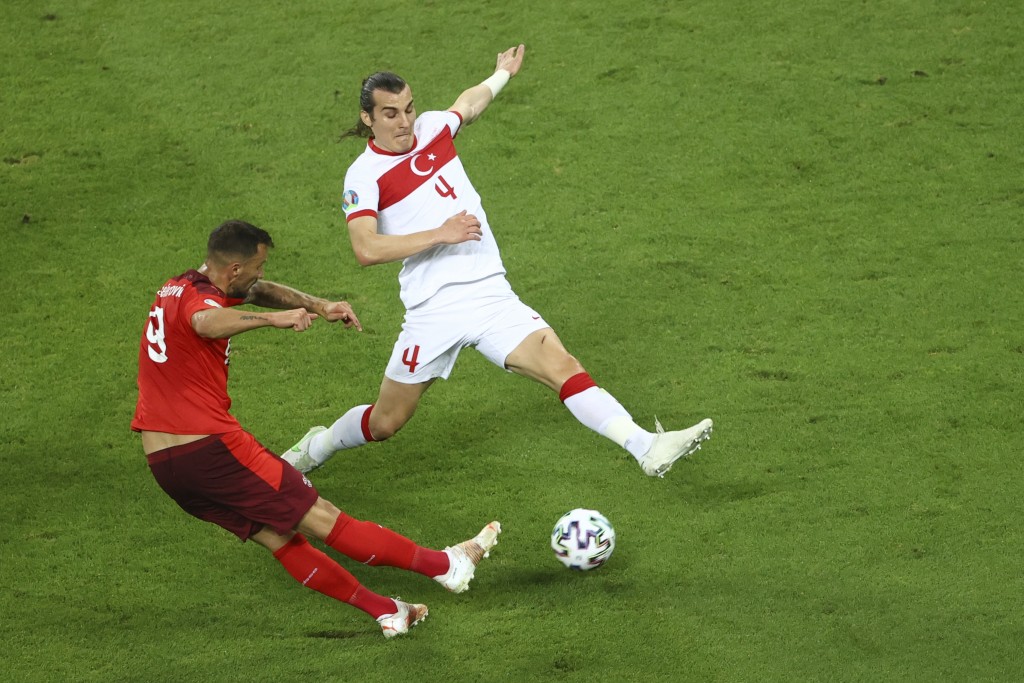 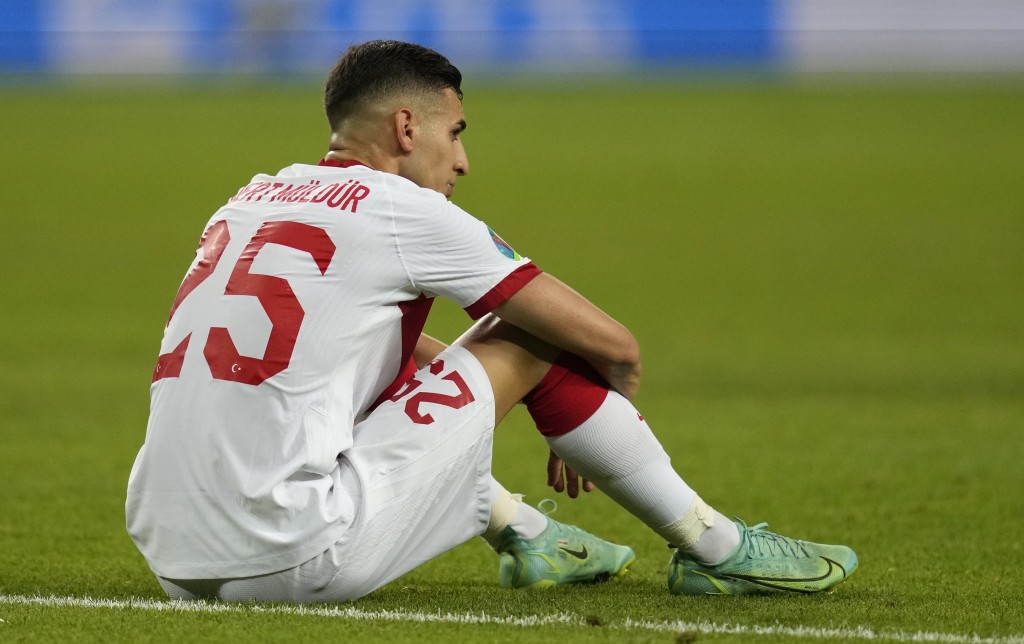 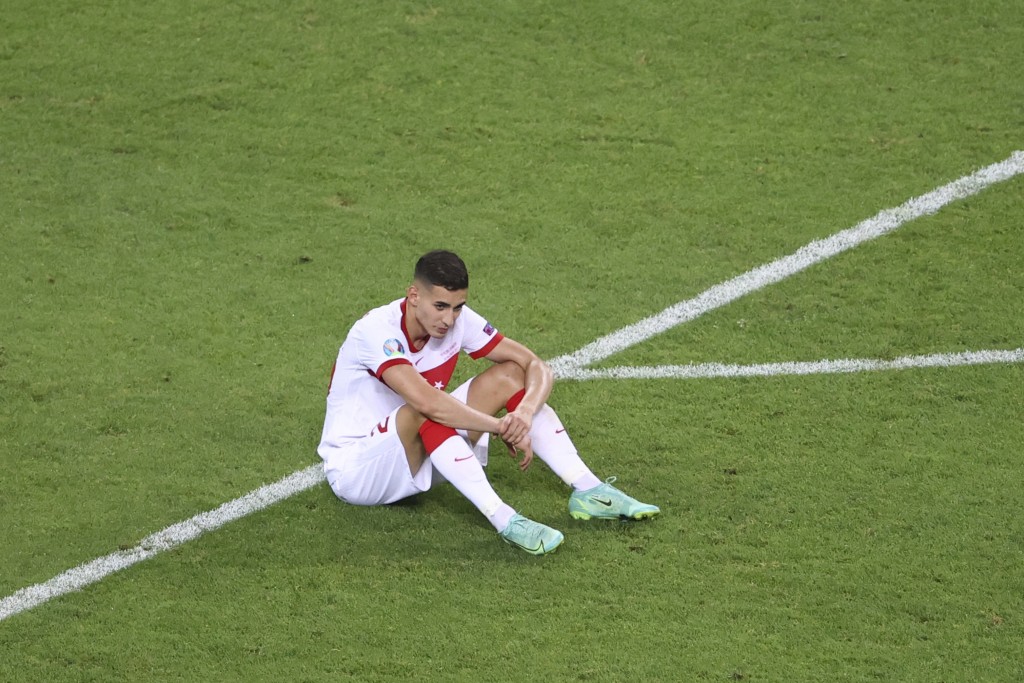 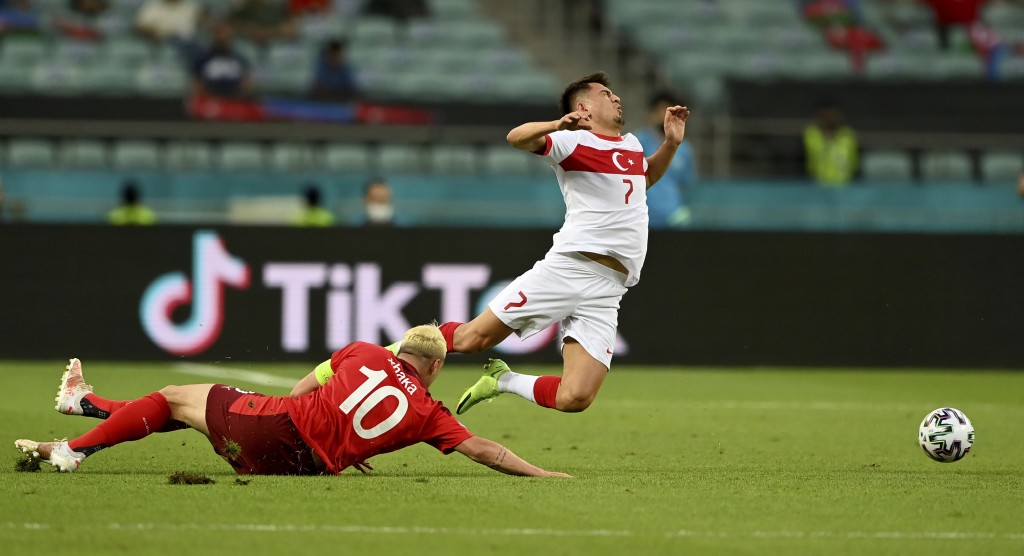 BAKU, Azerbaijan (AP) — Turkey came to the European Championship with a team for the future.

It'll have to wait a little longer to prove what it can do.

There were hopes that one of the youngest teams by average age at Euro 2020 could be a surprise contender — like in 2008 when Turkey reached the semifinals. Instead, the Turks lost all three of their Group A games and leave the tournament with a goal difference of minus-7.

After Sunday's 3-1 loss to Switzerland, Turkey coach Şenol Güneş insisted his players still have the potential for future success.

“I hope that (the tournament) still adds something to their football experience and I believe this group is going to stand for the next 10 years of Turkish football," he said through an interpreter. "They know they can work harder to do great things in the future.”

Players to watch include 23-year-old Juventus center back Merih Demiral, whose tournament was marred by an own-goal in the opening 3-0 loss to Italy, 25-year-old Leicester defender Çağlar Söyüncü and 23-year-old winger Cengiz Ünder, who played for Leicester on loan from Roma this season.

Turkey striker Burak Yilmaz is 35, though, and failed to score at Euro 2020. He likely won't be back at a major soccer tournament for his country.

Güneş said the tournament schedule played a part in Turkey's struggles. He said starting with the toughest game of all against Italy in Rome left a “negative ambience” the team couldn't shake in time for the match against Wales, which Turkey lost 2-0.

However, the competition offered a stage for 22-year-old fullback Mert Müldür. Playing mostly out of position on the left side, Müldür came off the bench against Wales with an injection of pace but was denied a goal by a last-ditch tackle from Aaron Ramsey.

The Austria-born defender, who plays for Italian club Sassuolo, was given his first major-tournament start against Switzerland produced some long-range shots that were blocked by Switzerland goalkeeper Yann Sommer.

Defensively, he was partly responsible for Switzerland's third goal. He was slow to react as Xherdan Shaqiri latched onto an incisive pass on a counterattack.

Güneş deflected a question about whether he'll resign or stick around with his young team, but said three losses at Euro 2020 hadn't shaken his belief.

“These are still our kids, in failure or in success," he said. "I still believe in them. I know in the next years they will still be the best players for Turkish football.”