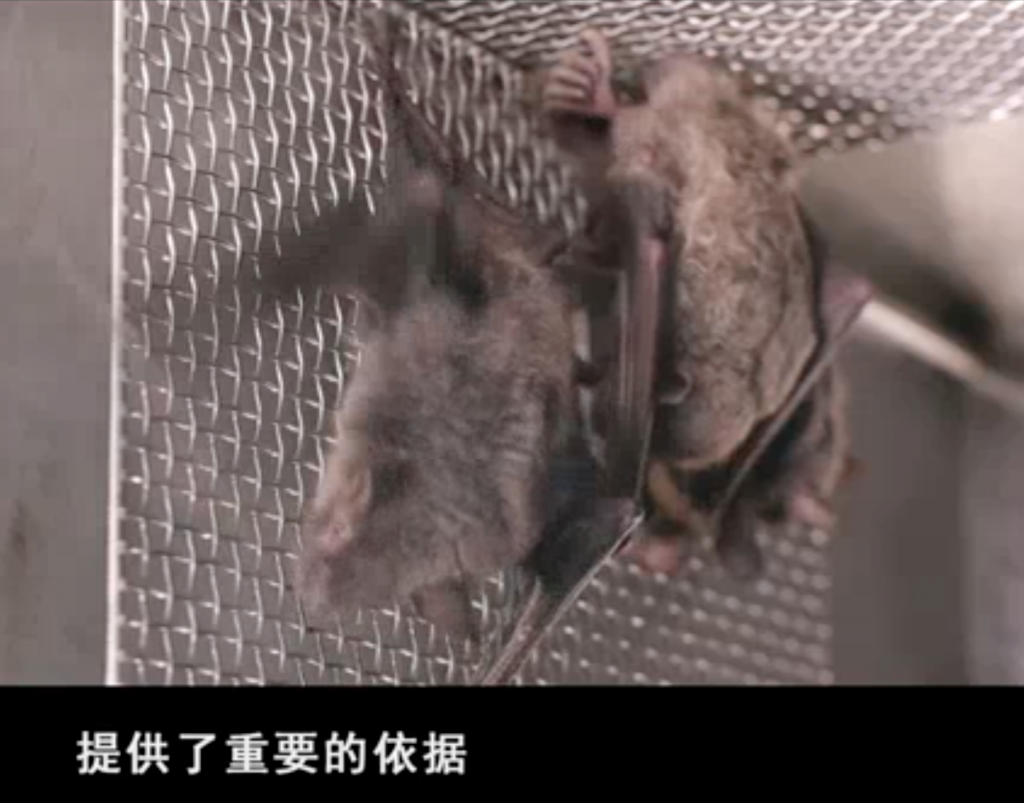 TAIPEI (Taiwan News) — A video that appears to show bats were being experimented on at China's Wuhan Institute of Virology (WIV) before the COVID-19 pandemic took hold has surfaced — despite previous denials by the British-born zoologist and President of the EcoHealth Alliance Peter Daszak.

Daszak is the only individual who was part of both the WHO (World Health Organization) and The Lancet teams investigating the origins of the coronavirus pandemic. He has longstanding professional and financial ties with the Wuhan Institute of Virology (WIV), according to the microbiologist Richard Ebright, at Rutgers University.

An article from the U.S. National Institutes of Health showed that Daszak's EcoHealth was awarded US$661,980 in 2019. According to the broadcaster NPR, "about US$76,000 per year was slated for the Wuhan Institute" from 2015 to study bats carrying viruses similar to SARS in China's Yunnan Province.

Daszak's original statement saying there were no bats at WIV derive from claims that bat samples had been sent to WIV for analysis. Responding to a PolitiFact article, Daszak tweeted in December 2020, "No BATS were sent to Wuhan lab for genetic analyses of viruses collected in the field.'"

He added, "That's not how this science works. We collect bat samples, send them to the lab. We RELEASE bats where we catch them!"

Daszak then deleted the tweet and its accompanying thread. However, its contents can still be seen on the Internet Archive. Later, Daszak added a tweet (not deleted), in which he admitted to working with WIV for many years, but denied claims that Chinese scientists flouted standard safety protocols:

However, in a recent tweet on June 2, Daszak backtracked on this statement. He admitted his team of investigators did not ask WIV if bats had been kept at the facility, when they went on a WHO fact finding mission to Wuhan in February this year:

"We didn't ask them if they had bats. I wouldn't be surprised if, like many other virology labs, they were trying to set up a bat colony. I know it's happening in labs here and in other countries." In the subsequent 300-page WHO report and annex, released at the end of March, there was no mention of bats at WIV. The conclusion pointed to Wuhan's markets as the most likely source of the novel coronavirus, though WHO Director-General Tedros Adhanom Ghebreyesus admitted "assessment" of a possible lab leak was not "extensive enough" and required "further investigation."

However, a video made by the Chinese Academy of Sciences appears to show there were, in fact, bats at WIV. This video, which can still be seen on the academic institution's website, was forwarded to Taiwan News and other media outlets who filed stories on the subject, such as Newsweek, Yahoo News, and Sky News Australia.

The 10-minute video, originally released in 2017, was designed to showcase the launch of WIV's new lab in May that year. Titled, "The construction and research team of Wuhan P4 laboratory of Wuhan Institute of Virology, Chinese Academy of Sciences," the video includes interviews with WIV researchers.

At the 4:03 mark in the video, its lead researcher Shi Zhengli (石正麗) — also known as "Bat Woman" — is introduced and states that over the past decade, Shi and her team have collected "more than 15,000 bat samples from many locations in China and Africa." It added they had traced the origin of the SARS virus and "isolated a variety of new viruses." Shi claims that after 10 years of research, her team "proved that the SARS virus originated from bats." She said they also found bats carry many other types of viruses.

At the 4:33 mark, a WIV scientist hand-feeds larvae to a bat in the lab. Also, in the video, rows of bat cages can be seen and the narrator boasts about the numerous safety measures put in place for WIV to reach the standard of a biosafety level 4 facility.

At the 6:50 mark, a lab official describes how staff maintain communication with scientists and provide technical support in the event of "an accident." (See English subtitling of videos below.)

Shi has vehemently denied there was an accident at the lab or that COVID-19 originates from her work done on bats at WIV. Most recently, Shi was quoted by The New York Times as saying, “How on Earth can I offer up evidence for something where there is no evidence? ... I don’t know how the world has come to this, constantly pouring filth on an innocent scientist.”

On Feb. 18, 2020, Daszak was said to have "orchestrated" a statement signed by 27 scientists in The Lancet labeling any suggestions that COVID-19 could have escaped from WIV as false. "We stand together to strongly condemn conspiracy theories suggesting that COVID-19 does not have a natural origin."

Nearly one year later, after the WHO fact finding trip to Wuhan, Daszak's team concluded on Feb. 9, 2021, the chances of the virus being leaked from WIV were "extremely unlikely." However, these claims are being reexamined by scientists worldwide, especially in the United States, where President Joe Biden has opened an intelligence investigation into the origins of the COVID-19 coronavirus.