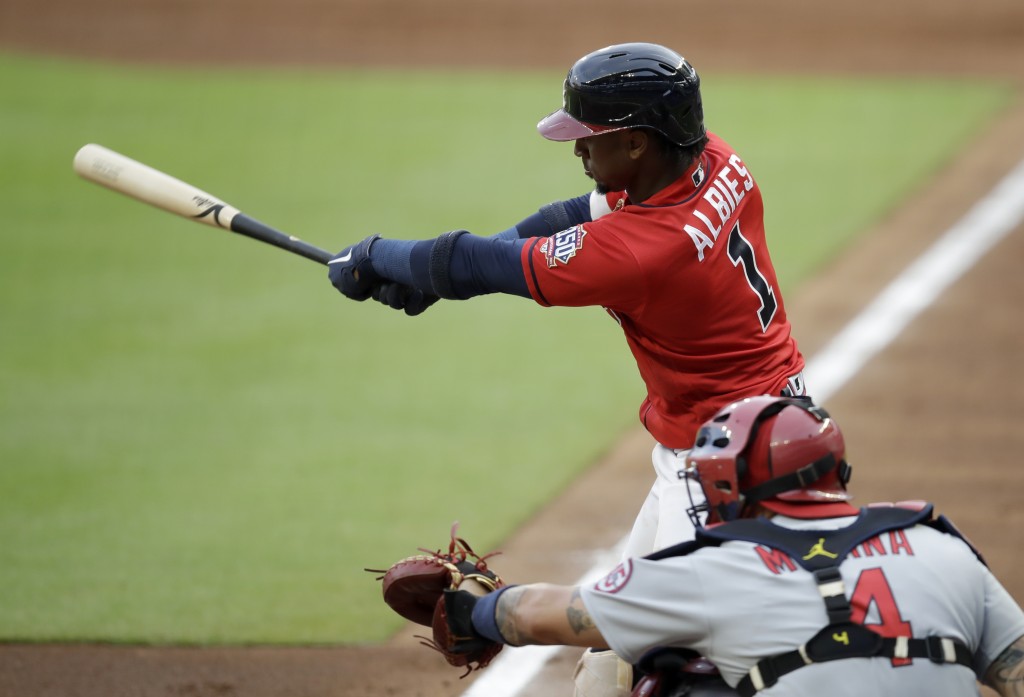 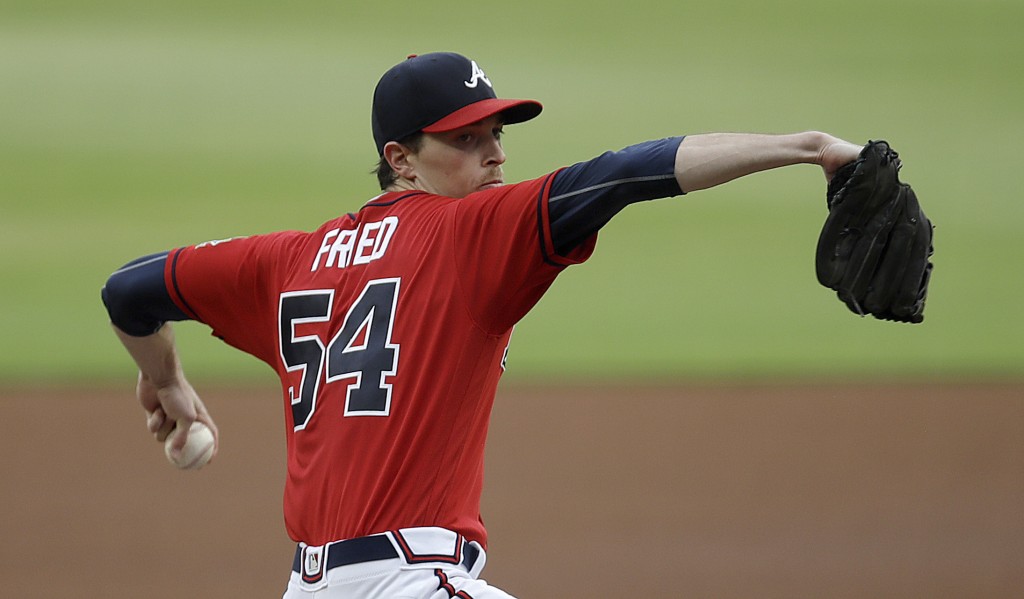 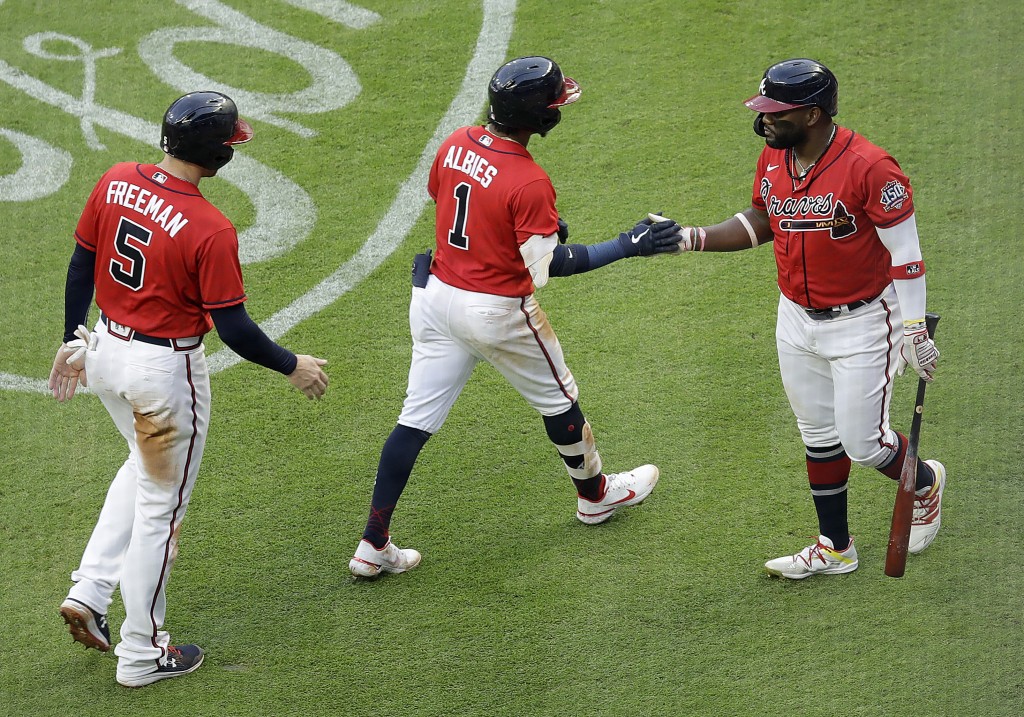 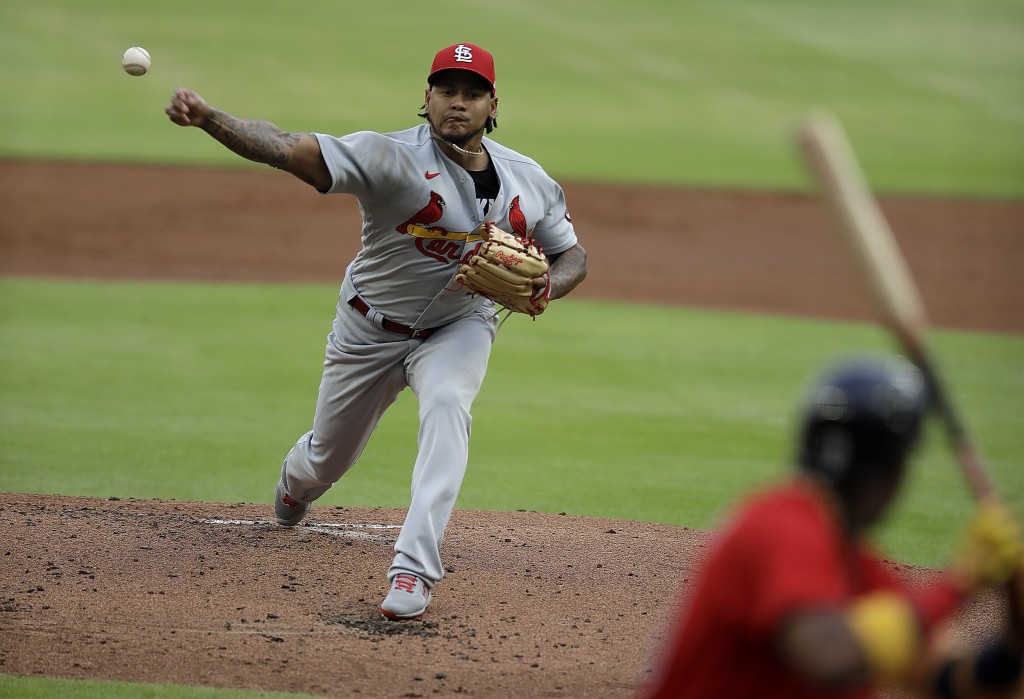 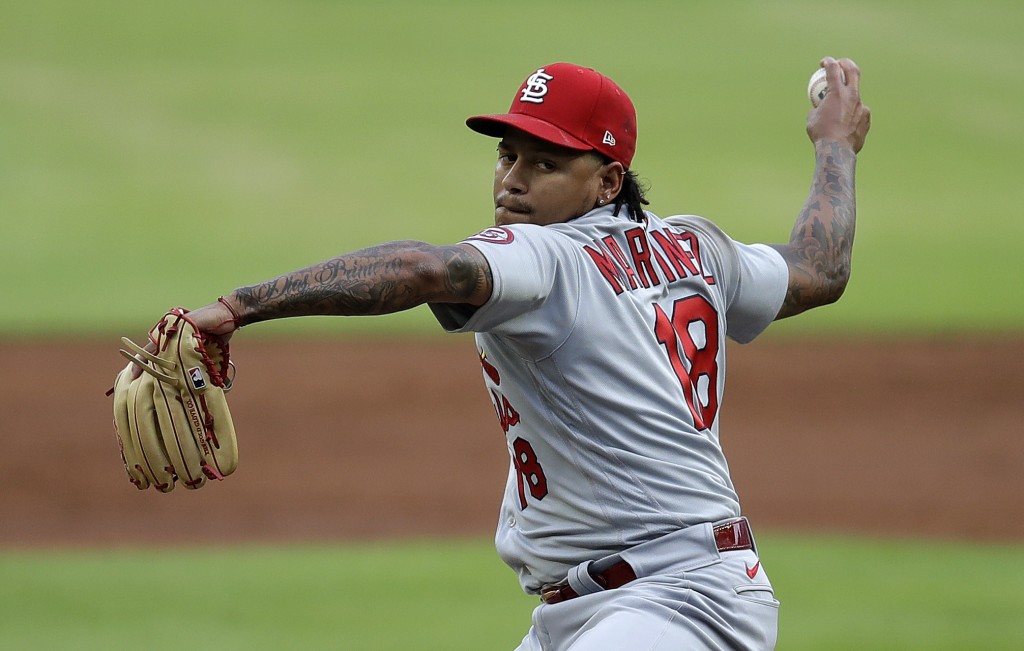 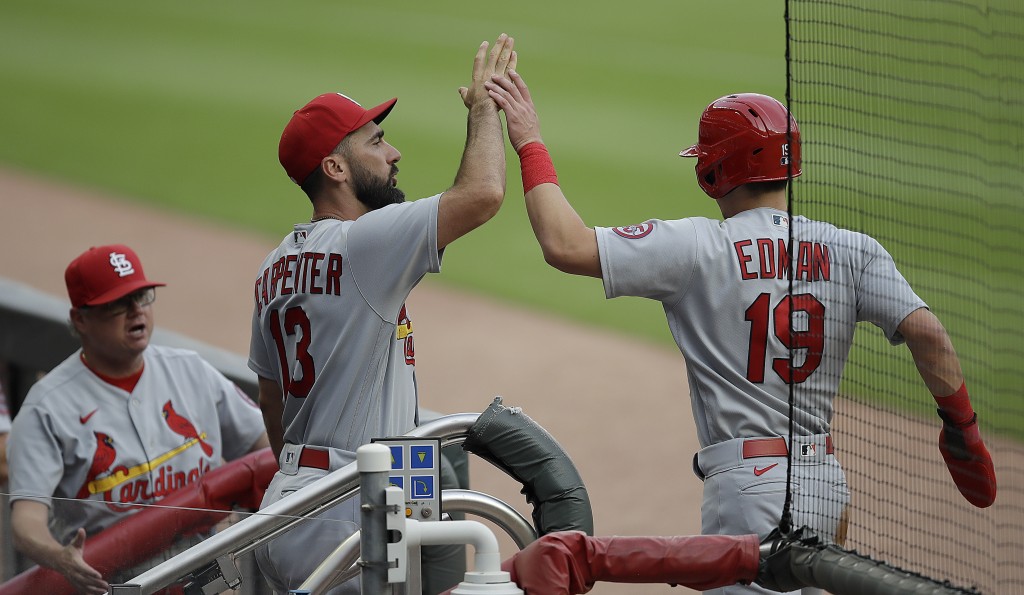 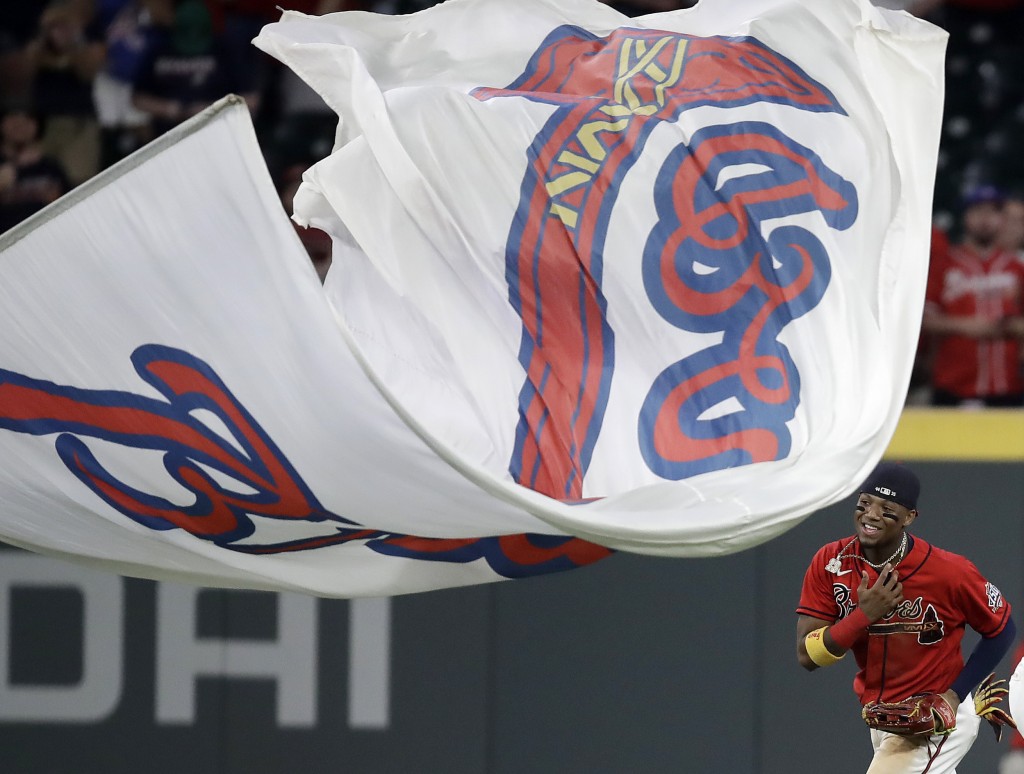 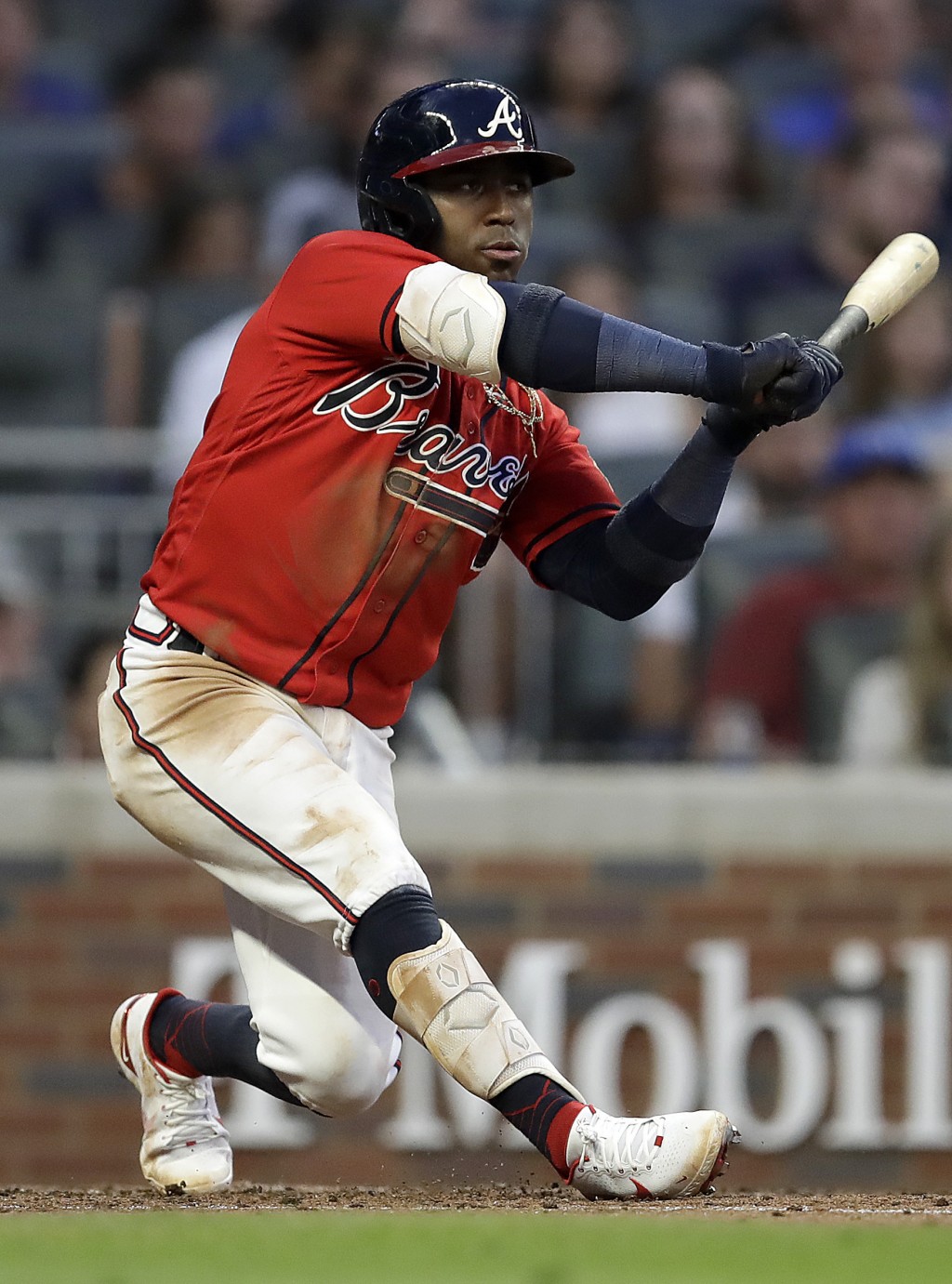 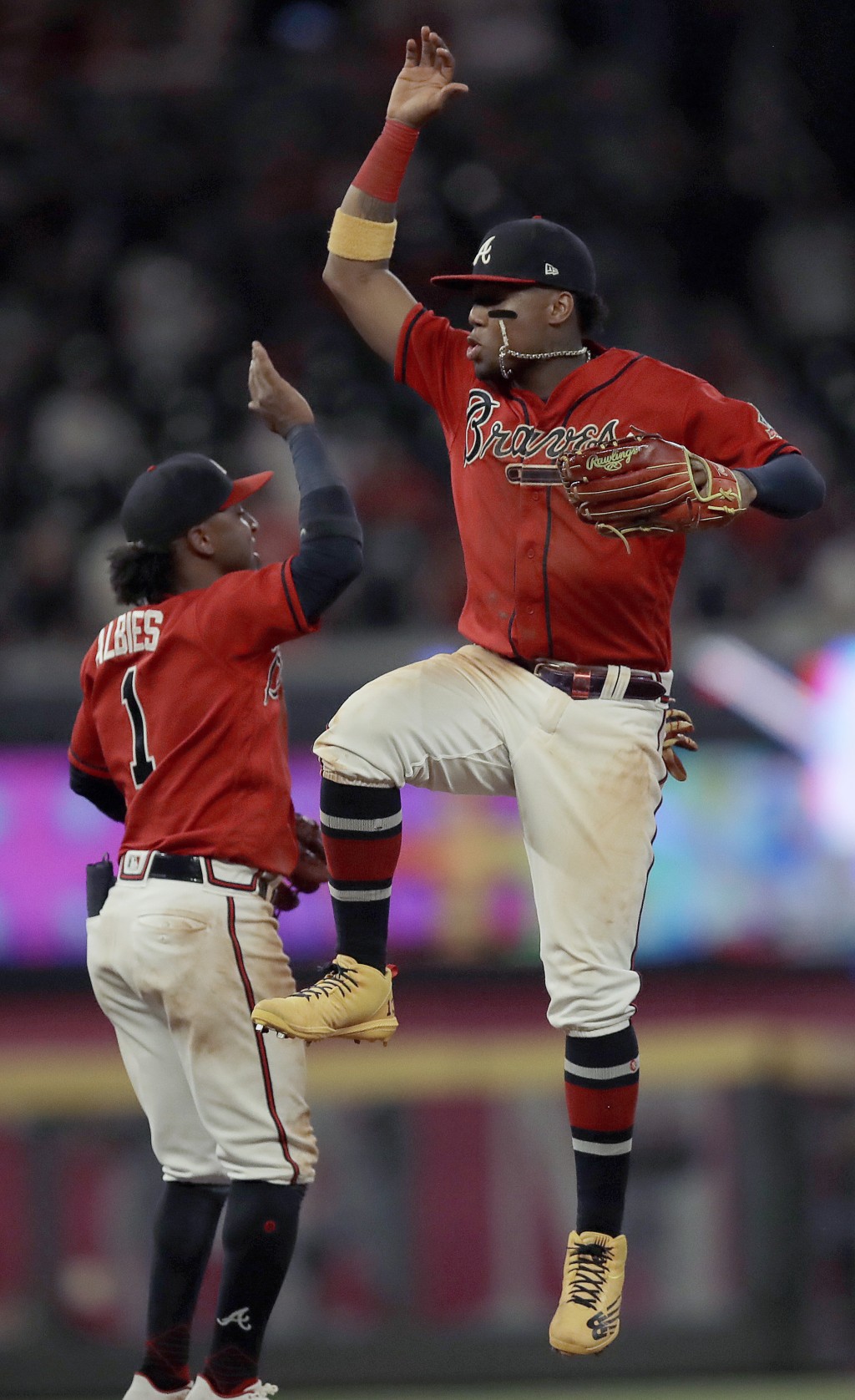 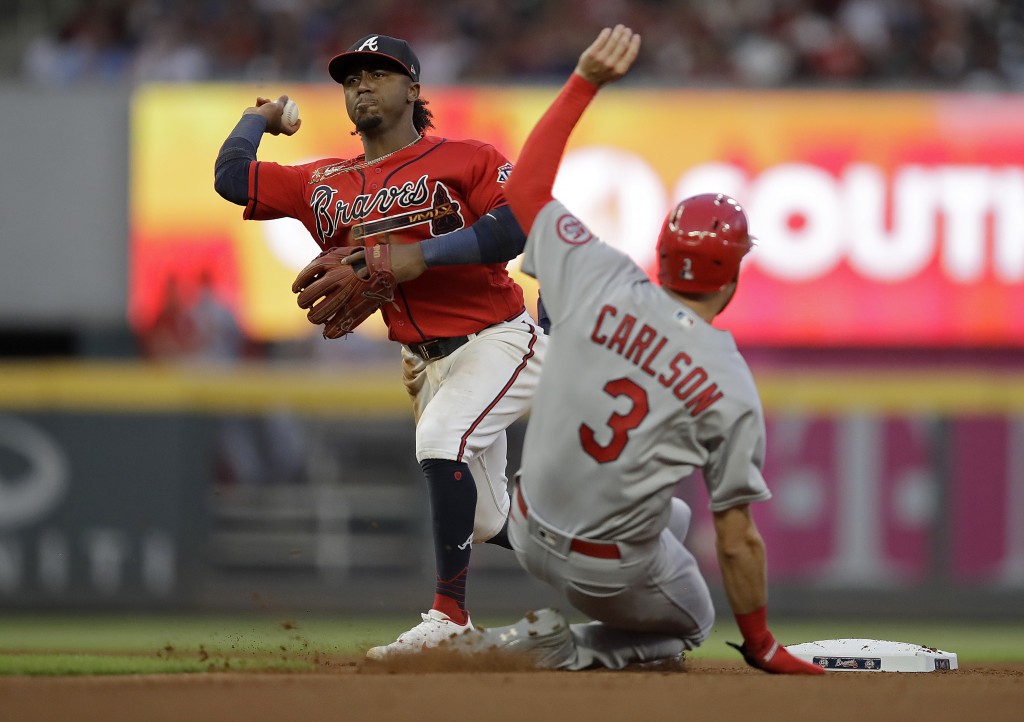 ATLANTA (AP) — Max Fried picked up where Charlie Morton left off a night earlier for the Atlanta Braves.

“It’s exactly what you want to do," Fried said. “Charlie definitely set the tone last night with attacking guys and keeping a good pace, and it felt like I got a little bit off it in the first. I wanted to get back on the attack and throw strikes, and that was kind of the game plan."

Contreras’ seventh homer, a solo shot to left, made it 2-1, and Ronald Acuña Jr. kept the inning alive by walking, stealing second base and scoring on Freddie Freeman’s single. Albies, who went 3 for 5 with three RBIs, followed with his 10th homer, a two-run shot to right that put Atlanta up 5-1.

The three-time defending NL East champion Braves, who are 5½ games back in the division, have won two straight after losing six of seven. St. Louis, which began the night four games back in the NL Central, has dropped five straight and eight of nine on the road.

The Cardinals were outhit 11-3 and have mustered one run the last two nights at Truist Park.

“We’ve got to be able to separate all these games and know that we’ve got to play tomorrow and we’ve got a chance to win and come together as a group," St. Louis shortstop Paul DeJong said. “I think overall we’re going to keep encouraging each other and know that we’re going to get hot at the right time. We’ve done it over the course of my career here every year. Late-season runs. We’re just going to try to stay in there as much as we can now and try to build some momentum."

One night after Morton didn't allow a hit until the seventh inning of a 4-0 victory over the Cardinals, Fried (4-4) gave up one run and two walks with six strikeouts. The left-hander is 4-3 with a 2.51 ERA in his last eight starts since returning from the injured list with a right hamstring strain.

“His stuff was really good, live down in the zone, good breaking stuff and that’s what it takes," Braves manager Brian Snitker said. “We’ve been scoring enough runs. Hopefully these guys keep feeding off each other. Keep the line moving as far as the starters go. It was good to let the bullpen catch its breath again."

Martínez (3-8) lost his fourth straight decision, giving up eight runs, eight hits and four walks. The right-hander is 1-6 with a 7.52 ERA in eight starts on the road this season.

Atlanta tied it at 1-all in the first when Albies hit his 21st double, third-most in the NL, and scored on Austin Riley’s single.

The Cardinals led 1-0 in the first. Tommy Edman doubled, advanced on a grounder and scored on Paul Goldschmidt’s RBI groundout.

The Braves plated four runs and batted around for a 9-1 lead in the fourth. Acuña was hit by a pitch, advanced to third on Freeman’s single and scored on Albies’ single. Freeman scored on Abraham Almonte’s single, Albies scored on Riley’s sacrifice fly and Almonte scored on a bases-loaded walk to Fried.

“It’s awesome," Albies said. “It’s great. When we go home with a W, every single night, the team is happy. Everybody’s smiling. I know the game is tough, so it changes everything for us."

Cardinals 2B Edmundo Sosa was back in the lineup after getting hit in the right hand by a pitch Wednesday against Miami and went 1 for 3.

Acuña went 0 for 1 with two walks and two hit by pitch, reaching safely for his 26th consecutive game, the longest active streak in the major leagues and the second-longest streak of his career. He had a 32-game run from June 19-July 28, 2019.

Yadier Molina threw out Acuña in a stolen base attempt in the first. DeJong applied the tag on the headfirst slide. ... Fried picked off Sosa 1-3-4 to end the second. ... Acuña got some payback by stealing his 15th base in the second. ... Cardinals LF Tyler O’Neill ran hard to his left to track down Dansby Swanson’s fly on the warning track in the sixth.

RHP Adam Wainwright (4-5, 3.95) pitches for the Cardinals, and LHP Drew Smyly (3-3, 5.63) takes the mound for Atlanta as the teams continue a four-game series. Wainwright is 9-4 with a 3.63 ERA in 14 career starts and five relief appearances against the Braves. Smyly will face St. Louis for the second time in his career.