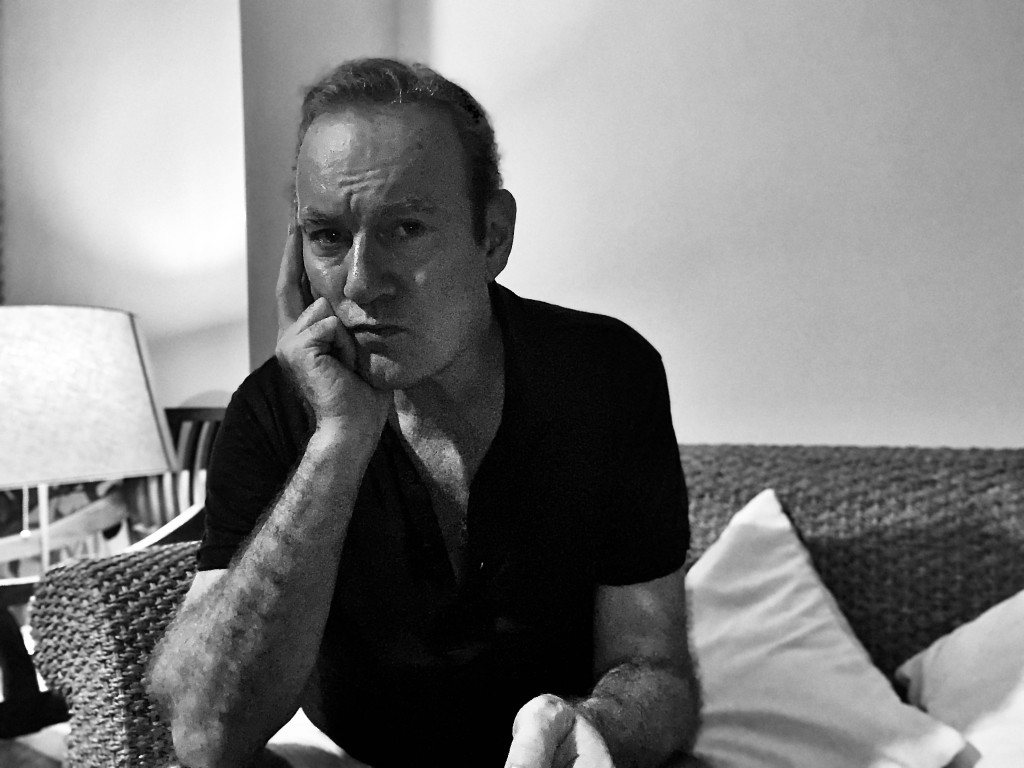 TAIPEI (Taiwan News) — Lawrence Osborne was born and raised in the United Kingdom, but he has lived in the United States, Mexico, Thailand, Turkey, Morocco, France, Poland, and Italy.

He has filed reports from many more countries as a correspondent for The New York Times, The New Yorker, Playboy, Vogue, and a host of other publications.

When interviewing Spanish director Pedro Almodovar for Newsweek in 2011, Osborne received the advice that he should return to Bangkok, where he had previously spent time, and find a way to metamorphose from journalist into novelist. After a year spent in Istanbul, he has lived in Bangkok ever since.

Over the past decade, Osborne has published six propulsive novels of Anglos and Americans meeting their fates on foreign soil. Sometimes they are driven to the far end of the world by curiosity, other times by darker means, and always this unfurls in prose both foreboding and atmospheric.

He has frequently been compared to the English novelist Graham Greene, though Osborne’s novels have tended to background politics, often weaving them as just another thread among many, salient only at the level of dialogue or reflection — and at least so far, there have been no spies.

His latest novel, “The Glass Kingdom,” is set in an apartment complex in Bangkok, modeled on his own. It revolves around a young American woman who has just arrived in town with a suitcase full of illicit cash.

Recently, during an interview with the New York Times, the novelist Lionel Shriver said that Osborne “renews (her) faith in the possibility of being larger than life,” a hyperbolic sentiment with which it is hard to disagree.

The following exchange was conducted over email.

TN: Before becoming a novelist, you worked for many years as a journalist. Can you describe the kind of journalism you used to do? What do you miss most about it, if anything?

Osborne: I worked for some years for the New York Times Magazine writing mostly about psychiatry in the developing world and about science and criminal forensics mostly inside the US.

Later, I lightened up and got a gig as the "alcohol correspondent" for Vogue, writing mostly about elite wines. I don't miss the deadlines or the hectic travel, but I do miss the Vogue job with a driver in Paris and a Michelin restaurant account. The financial crisis swept it all away — fortunately for me.

TN: You seem to get to know the places where you live several orders of magnitude better than most expatriates. Is there any kind of conscious method or pattern to how you approach living in a new environment?

Osborne: No, but of course I never live in places with any ulterior purpose. I love roaming streets at night by myself, sometimes for weeks on end. It's therapeutic and nurtures my curiosity about human places. These have common threads all over the world — this fascinates me.

Wandering around Macau or New York is a rather similar experience in the end. There is also something universal about the way humans adapt to landscapes. Yet such wanderings do not always produce books. I spent a lot of time wandering around China, a country whose landscapes I love, but I've never set a novel there.

TN: How well do you have to know a place to set a novel there? Do you have to write the novel while still in the locale, or can you go back during a subsequent draft to iron out some of the details?

Osborne: I have done both. In the case of Mexico in "Only to Sleep" I wrote about it 30 years later. With "Beautiful Animals" I wrote it while in Greece. Morocco in "The Forgiven" was at a distance of 12 years. I have no idea why this is so.

TN: Your novels are written in a close third-person that hops between heads rather liberally, sometimes even in the course of a scene. How did you settle on this mode? Would you consider writing a novel in the first person, or did you get this out of your system in the non-fiction? I’m thinking of “Bangkok Days,” which almost reads like a novel.

Osborne: It's a cinematic mode that suits my temperament and the way I like to set up scenes. The usual literary ways of doing that seem too labored and slow to me. As for the first person, "Ballad of a Small Player" and "Only to Sleep" are in the first person and my upcoming one, "On Java Road," is as well. Increasingly I love the first person, actually. It's liberating in some way.

TN: In “Bangkok Days” you wrote, “Learning the curves of that variant of Sanskrit, but never really learning it properly, was a healing exercise in a sort of futility, for deep down I suspect I wanted to remain in day-to-day incomprehension relative to the language ...”

Now, this was over a decade ago, and you’ve spent a lot of the intervening time in Bangkok, so I suspect that exact issue may no longer be a problem, but do you feel there is some benefit to preserving a distance as a writer working abroad? Do you fear if you got too close, it might ruin everything?

Osborne: I think there's always a distance because you are always outside a culture not your own — even inside Europe, in some ways. I think this is an advantage, actually. Evelyn Waugh used to say, "As happier men watch birds, I watch unhappy men." This is basically my attitude to both life and writing.

TN: Many of your novels have an ambiguously supernatural element that comes out in flashes. How do you see the role of mysticism in your work? Do you think it’s important for a storyteller to keep a little open to this kind of thing?

Osborne: For me, yes — it's essential. I am, in any case, fascinated by the human sense of the supernatural, which I refuse to intellectualize or submit to anthropology. It's a primal intuition about death and immortality and also about the natural world. It's as old as our species. It's also integral to the most primal kind of storytelling.

TN: Several of your novels are being turned into movies. Are you writing some of the scripts? Which movie do you think we’re likely to get to see first?

Osborne: "The Forgiven" appears this September, starring Ralph Fiennes, Jessica Chastain and Matt Smith. I've just signed contracts for "Beautiful Animals" and "The Glass Kingdom" as TV series out of Hollywood, but it will be some time before those appear. "Hunters in the Dark" is filming this autumn, so perhaps next year. But you never know with movies. There's a lot of chaos and craziness!

TN: You were asked to write a Philip Marlowe novel by the Raymond Chandler estate, which is an unusual genesis for a novel as good as “Only to Sleep.” Did you hesitate to accept? What was the process like of entering another writer’s world? And what's your favorite Chandler novel?

Osborne: I did hesitate and really wasn't sure about it. Then I asked them if I could make Marlowe old and set it in 1989. The estate hesitated in turn but finally agreed. In this way I was able to make it a personal book set in a place and time which I had lived through myself. It ended up feeling like a memoir — which was strange, to say the least. As for Chandler, I love "Farewell, My Lovely." The plot is wonderfully incomprehensible.

TN: When Howard Hawks was directing “The Big Sleep,” he famously called up Chandler to ask him who killed the chauffeur, and Chandler’s answer was something like, “I don’t know and I don’t care.”

Does this resonate? Past a certain point, do you ever feel like, “Hey, guy, just enjoy the ride,” or is it crucial to get every conceivable plot loophole closed?

Osborne: I am with Chandler on this. It's writing, not math theorems. Besides, I have the same issue when directors and producers ask me the same questions. I have to look it up!

TN: Which writers do you think have had the most influence on your novels? Are there any others who serve as more of an ambient influence?

TN: I’ve read that you’ve recently been adapting for the screen British journalist Jon Swain’s memoir of working in Cambodia during the early 70s, “River of Time.” What drew you to this project?

Osborne: I have always loved that book, which is the best of the Vietnam era memoirs, and I eventually met Swain by chance in London a couple of years back. He's a legendary figure, of course, played by Julian Sands in "The Killing Fields." But we had a riotous dinner and drank a lot and later, after I was back in Asia, I just asked him out of curiosity if he'd consider giving me the rights. He didn't hesitate.

Now the script is done and will be going out shortly. I really hope we can make this into a film, recreating Saigon and Phnom Penh as they were in 1970, but without it being all about the US military. The disappeared world of Indochina.

TN: Your next novel appears to be set in Hong Kong. Can you talk a little bit about it?

Osborne: It's a novel about friendship and betrayal set against the recent troubles. I didn't intend to make it particularly political, but I suppose people will take it that way. In reality I was just observing in my usual way. The characters are actually based on friends of mine, including a Hong Kong millionaire's son I was at Cambridge with 40 years ago. A lot of nostalgia went into it. I wanted to do a kind of literary Wong Kar Wai (王家衛) but it didn't turn out that way. It never does.

TN: Finally, you mentioned in an email that you used to spend some time in Taiwan, especially in Kinmen. What’s been your experience of this country?

Osborne: I must say I am fond of Taiwan and yes I have been to Kinmen several times — the first time to write about Kaoliang baijiu. It reminded me at once of Cornwall or Martha's Vineyard, those misty sea meadows and lonely beaches and the low stone walls. I loved it.

Also, the houses built by returning island emigrants in the traditional style, full of memory of the Chinese past. Many of them are now B and B and it's great to stay in them. Other than that I used to come to Taipei a lot to visit the onsens in Beitou, especially Villa 32, which is the perfect place to think and dream up plots, with steam rising from the ravine night and day. I'll return. 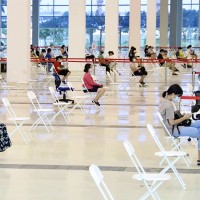 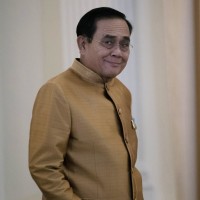 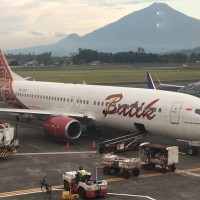 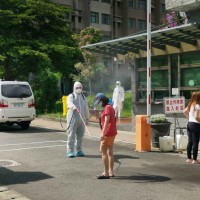