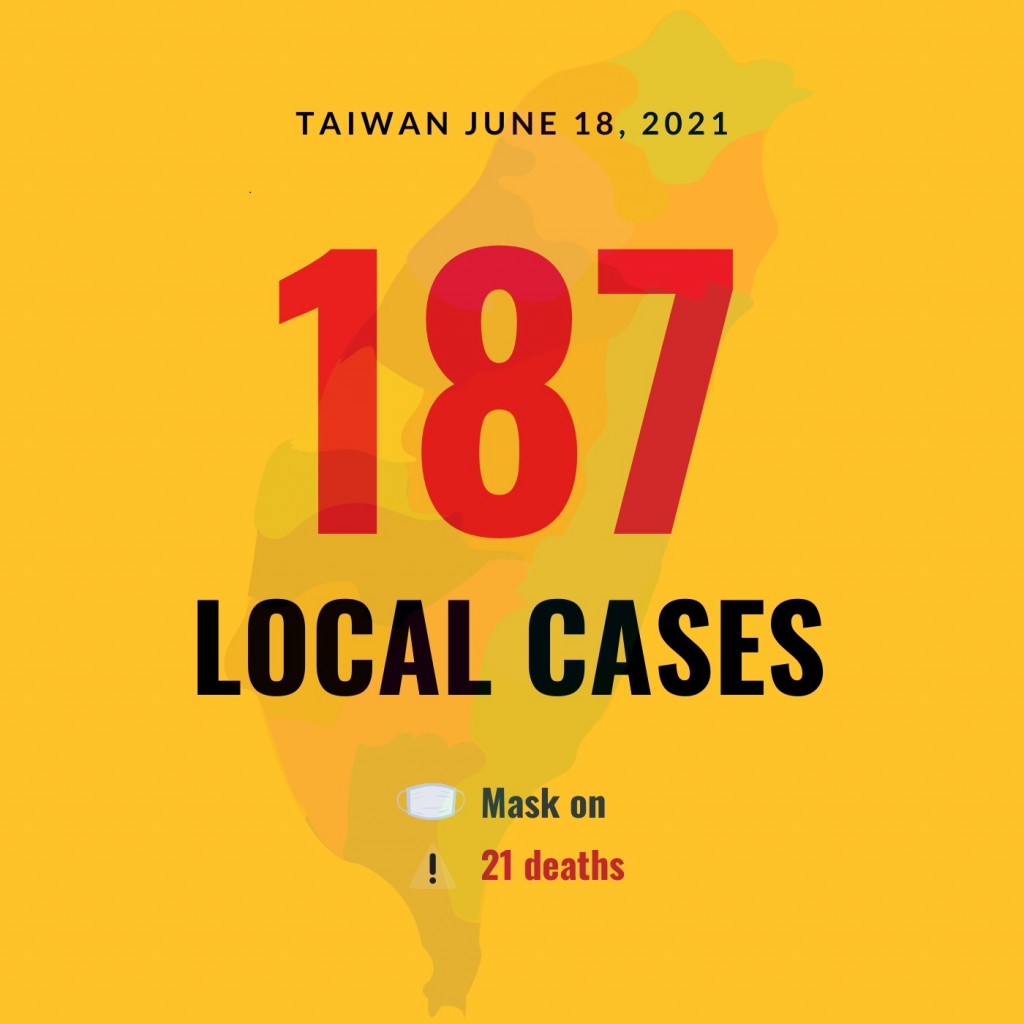 The latest local cases include 83 males and 104 females between the ages of five and 90, with the dates of symptom onset and testing ranging from May 29 to June 17. Of these cases, 76 were in New Taipei City, 71 in Taipei, 26 in Miaoli County, six in Taoyuan City, four in Keelung City, two in Taichung City, and one case each in Hualien County and Hsinchu County.

Chen said the 21 coronavirus-related deaths reported on Friday include 12 men and nine women between the ages of 50 and 90. The dates of symptom onset and testing ranged from May 6 to June 13.

The dates of diagnosis ranged between May 19 and June 15, while the dates of death ranged from June 10-16.

Friday's sole imported infection, case No. 13,801, is an Indian ship crew member in his 30s who came to Taiwan on March 5 for work and went to sea on April 3. When he returned to a port in Taiwan on June 16, he underwent a coronavirus test as he was preparing to leave the country and was diagnosed with COVID-19 on June 18.

A total of 95 people have been removed as confirmed cases, while 14 cases are still under investigation. Up until now, 518 individuals have succumbed to the disease, of whom 511 were local cases.

Of the local deaths, 255 were in New Taipei City, 206 in Taipei City, 17 in Keelung City, 14 in Taoyuan City, eight in Changhua County, four in Taichung City, two each in Yilan County and Hsinchu County, and one each in Taitung County, Yulin County, and Kaohsiung City.