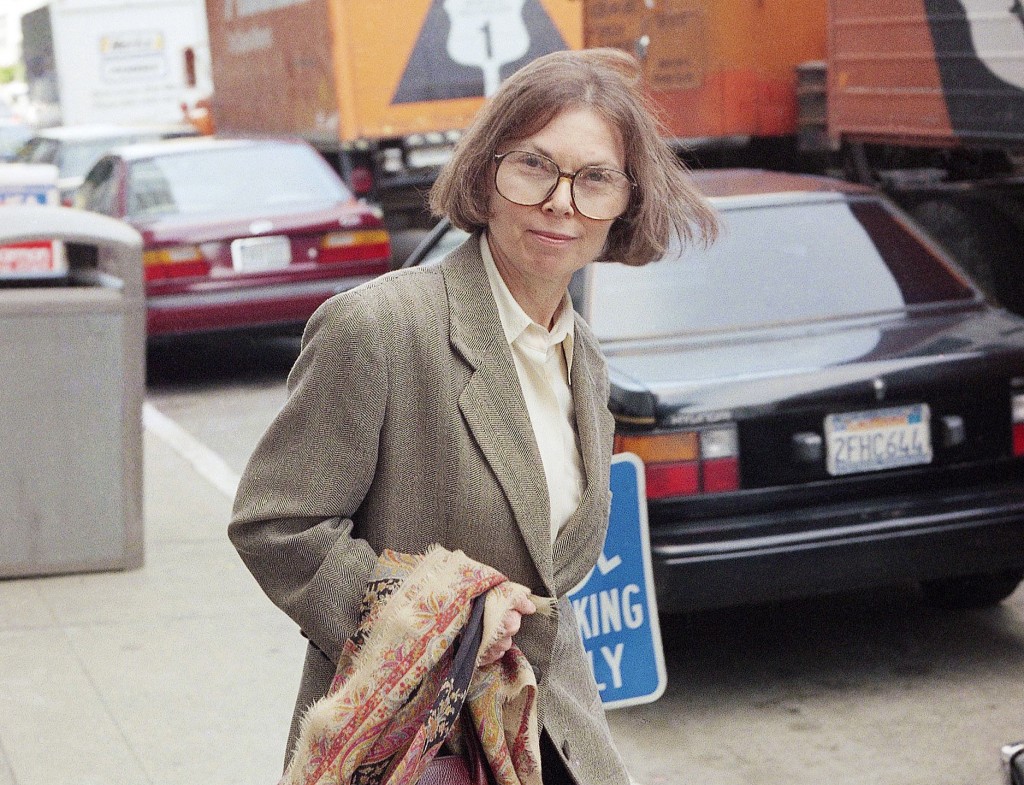 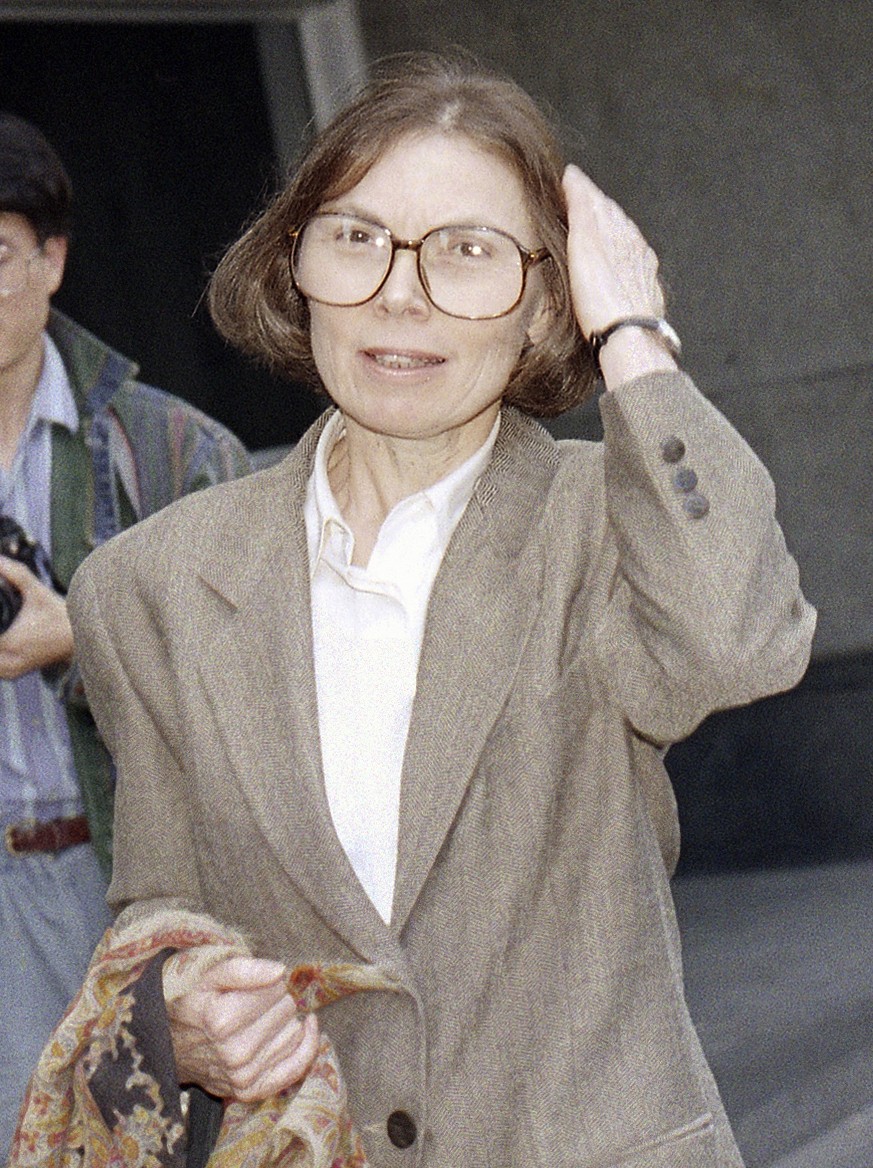 NEW YORK (AP) — Janet Malcolm, the inquisitive and boldly subjective author and reporter known for her challenging critiques of everything from murder cases and art to journalism itself, has died. She was 86.

Malcolm died Wednesday at New York Presbyterian Hospital, according to her daughter, Anne Malcolm. The cause was lung cancer.

A longtime New Yorker staff writer and the author of several books, the Prague native practiced a kind of post-modern style in which she often called attention to her own role in the narrative, questioning whether even the most conscientious observer could be trusted.

“Every journalist who is not too stupid or too full of himself to notice what is going on knows that what he does is morally indefensible” was how she began “The Journalist and the Murderer.” The 1990 book assailed Joe McGinniss’ true crime classic “Fatal Vision” as a prime case of the author tricking his subject, convicted killer Jeffrey MacDonald, who had asked McGinniss to write a book about him only to have the author conclude he was a sociopath. It was one of many works by Malcolm that set off debates about her profession and compelled even those who disliked her to keep reading.

“Most of the pieces in the book find Malcolm observing artists and writers either present (David Salle, Thomas Struth) or past (Julia Margaret Cameron, Edith Wharton),” Kirsch wrote. “But what the reader remembers is Janet Malcolm: her cool intelligence, her psychoanalytic knack for noticing and her talent for withdrawing in order to let her subjects hang themselves with their own words.”

On Thursday, New Yorker editor David Remnick praised Malcolm as a “master of nonfiction writing” and cited her willingness to take on her peers.

"Journalists can be among the most thin-skinned and self-satisfied of tribes, and Janet had the nerve to question what we do sometimes," Remnick told The Associated Press.

Malcolm’s words — and those she attributed to others — brought her esteem, scorn and prolonged litigation.

In 1983, she reported on a former director of the London-based Sigmund Freud Archives, psychoanalyst Jeffrey Moussaieff Masson. She contended that Masson had called himself an “intellectual gigolo,” had vowed he would be known as “the greatest analyst who ever lived,” and that he would turn Freud’s old home into a “place of sex, women, fun.” Her reporting appeared in The New Yorker and was the basis for the 1984 book “In the Freud Archives.”

Masson, alleging that five quotations had been fabricated and ruined his reputation, sued for $7 million. The case lasted for years, with the U.S. Supreme Court allowing it go to trial and Malcolm testifying, to much skepticism, that she could not find a notebook in which she wrote down some of his remarks. In 1994, a federal court jury in San Francisco cleared her of libel, even though it decided she made up two quotations. The jury found that the quotations were false and one potentially libelous, but that Masson failed to prove she acted deliberately or recklessly.

A year later, to a new round of skepticism, Malcolm announced that she had found the missing notebook while playing with her granddaughter.

“I don’t believe it,” Masson said at the time. “This is the adult version of ‘The dog ate my homework.’ Except in this case, the dog is regurgitating the notes after 12 years.”

Malcolm’s honors included a PEN award for biography in 2008 for “Two Lives: Gertrude and Alice” and a nomination in 2014 from the National Book Critics Circle for “Forty-One False Starts.” In 1999, the Modern Library ranked “The Journalist and the Murderer,” which McGinniss would allege was filled with “omissions, distortions and outright misstatements of fact,” No. 97 on its list of the 100 best nonfiction releases of the 20th century.

Her other books, most of them edited by her second husband, Gardner Botsford, included “The Silent Woman: Sylvia Plath and Ted Hughes," in part a critique of biography and “the charade of evenhandedness,” and “Psychoanalysis: The Impossible Profession.” Malcolm, ironically, was the daughter of a psychiatrist (her mother was a lawyer), and would liken journalists and analysts as experts on “the small, unregarded motions of life.”

She was born Jana Wienerová in 1934 and emigrated with her family to the U.S. five years later, after the Nazis annexed Czechoslovakia. Her parents settled in New York City, changed their last name to Winn and said little about their Jewish background, even sending Malcolm and her sister Marie to a Lutheran Sunday school.

“Finally, one day, after one of us proudly brought home an anti-Semitic slur learned from a classmate, they decided it was time to tell us that we were Jewish,” Malcolm wrote in “Six Glimpses of the Past,” a photo essay published in The New Yorker in 2018. "It was a bit late. We had internalized the anti-Semitism in the culture and were shocked and mortified to learn that we were not on the “good” side of the equation. Many years later, I came to acknowledge and treasure my Jewishness. But during childhood and adolescence I hated and resented and hid it.

She remembered herself as a bookish child, drawn early to such 19th century authors as Jane Austen and Charles Dickens. But her dreams of writing fiction ended at the University of Michigan, when she received a “C” in a creative writing course. Acknowledging she was better at observing than inventing, she wrote for the school newspaper The Michigan Daily. Around the same time, she also met her first husband, later a writer for The New Republic and The New Yorker. They married in 1959, and moved east. Janet Malcolm published occasional film criticism in The New Republic and a poem in The New Yorker, but otherwise dedicated several years to raising her daughter.

Her professional breakthrough came in 1966 when she wrote a piece on children’s books for The New Yorker that so impressed editor William Shawn he eventually gave her a column — about furniture. She soon expanded her subject matter and evolved in how she approached it.

“When I first started doing long fact pieces, as they were called at The New Yorker, I modeled my ‘I’ on the stock, civilized, and humane figure that was The New Yorker ‘I,’ but as I went along, I began to tinker with her and make changes in her personality,” she told the Paris Review in 2011.

“Yes, I gave her flaws and vanities and, perhaps most significantly, strong opinions. I had her take sides. I was influenced by this thing that was in the air called deconstruction," she added. "The idea I took from it was precisely the idea that there is no such thing as a dispassionate observer, that every narrative is inflected by the narrator’s bias.”

She was open about her feelings. In a New Yorker piece on the magazine Artforum, she interviewed the historian and Artforum contributor Rosalind Krauss and turned her subject’s precisely furnished apartment into a most discerning character, writing: “No one can leave this loft without feeling a little rebuked: one’s own house suddenly seems cluttered, inchoate, banal.”

In the book “Iphigenia in Forest Hills,” Malcolm’s account of a murder trial in New York City, she meets with the defense attorney after the verdict and agrees with his lament that the press had taken the prosecution’s side.

“Journalism is an enterprise of reassurance,” she wrote. “We do not wring our hands or rend our clothes over the senseless crimes and disasters that give us our subject. We explain and blame. We are connoisseurs of certainty. ‘Hey, we got the killer. Don’t worry. You can go to the playground. Nothing is going to happen.’”