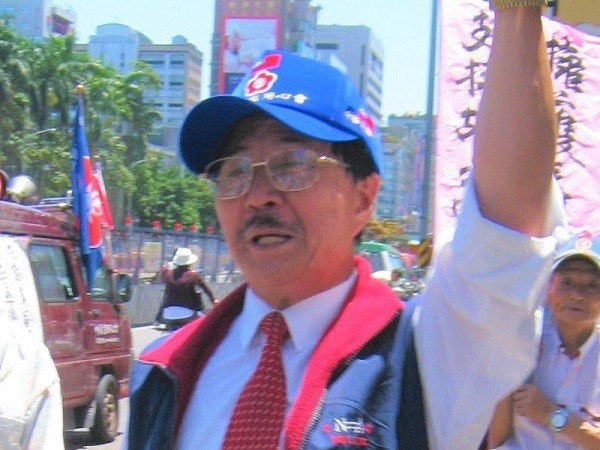 TAIPEI (Taiwan News) — The president of a pro-Chinese Communist Party (CCP) organization in Taiwan has died from COVID-19.

On Wednesday afternoon (June 16), Chen Li-ling (陳麗玲), spokesperson for the Patriot Alliance Association (PAA, 愛國同心會), announced on Facebook that the group's president, Chou Ching-chun (周慶峻) had died from COVID-19 at the age of 77.

In her post, Chen wrote that after Chou had failed to return her calls on Tuesday (June 15), she asked association Secretary-General Chang Hsiu-yeh (張秀葉) about Chou's status. Chang responded that Chou was still undergoing treatment at the hospital.

Chen stated that she had received the news of his death on Wednesday. "We are very sad that we lost another comrade-in-arms!" she said. She then seemed to imply some form of foul play, writing "I can only say the government killed him" before closing with "Have a good journey, President Chou."

In addition, Chen posted a quote from Chang regarding their leader's passing:

"Our respected President Chou lost his battle with the coronavirus disease after falling into a hypoxic coma at around 1 p.m. today and attempts to resuscitate him at the Zhongxing Branch of the Taipei City Hospital were unsuccessful. His family members have already announced that he has died. President, you're a brave man, you will always live in our hearts!"

Chou Ching-chun, whose original name was Chou Ching-tsuan (周慶鑽), was an activist who called for the unification of Taiwan with China. In addition to serving as president of the PAA, he also acted as chairman of the Chinese Democratic Progressive Party (中國民主進步黨).

He also invested in agricultural and fishery businesses in China. He reportedly had many close exchanges with key officials from China's United Front.

In 2018, he reorganized the Patriot Alliance Association into the Concentric Patriotism Alliance (中華愛國同心會) and served as its first chairman. In May of 2021, he was convicted by the Taipei District Court for engaging in bribery with Chang Hsiu-yeh during the 2018 "nine in one" elections and sentenced to three and a half years in prison for violating the Civil Servants Election And Recall Act (公職人員選舉罷免法), reported Newtalk.

In 2019, Chou was spotted attending an event in Beijing marking the 70th anniversary of the communist takeover of China. Chou's organization has been accused of assaulting Falun Gong practitioners on numerous occasions over the years, particularly in front of Taipei 101.