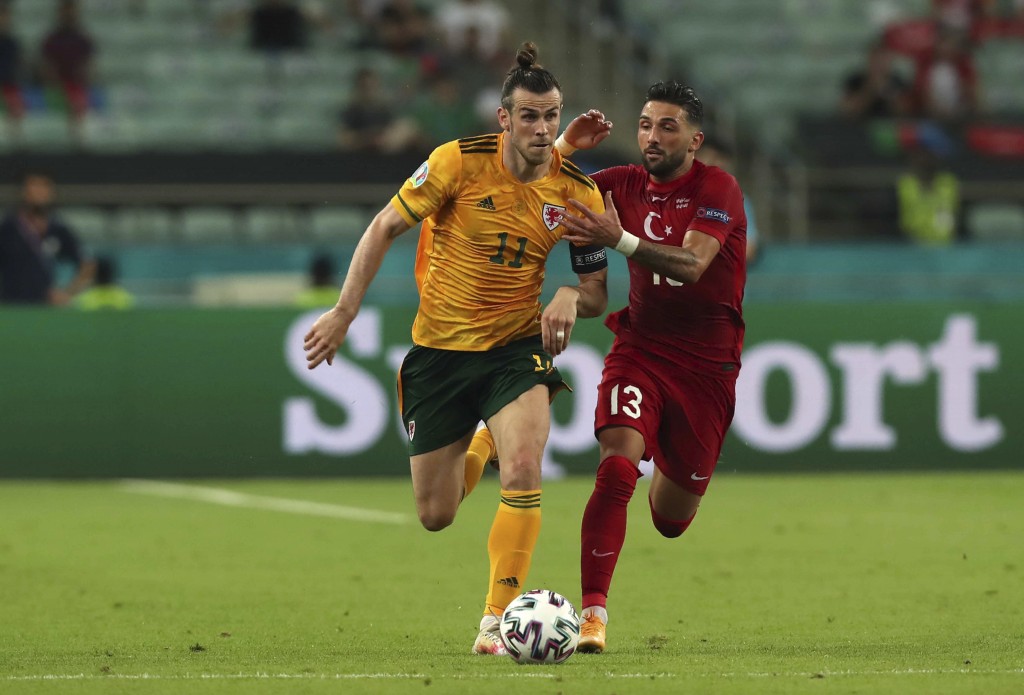 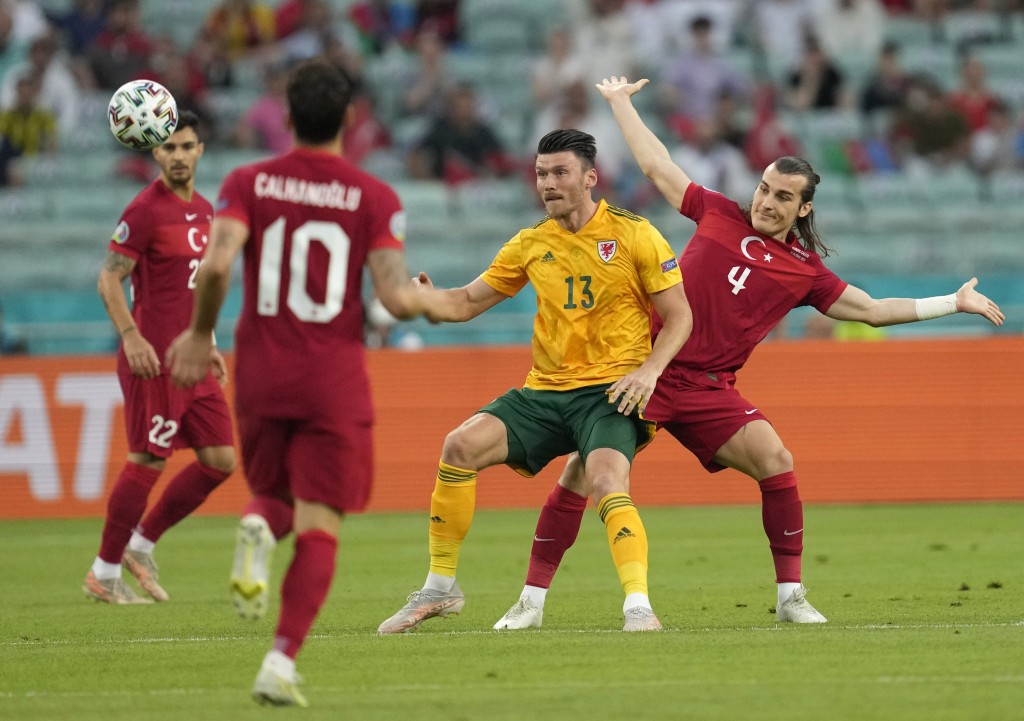 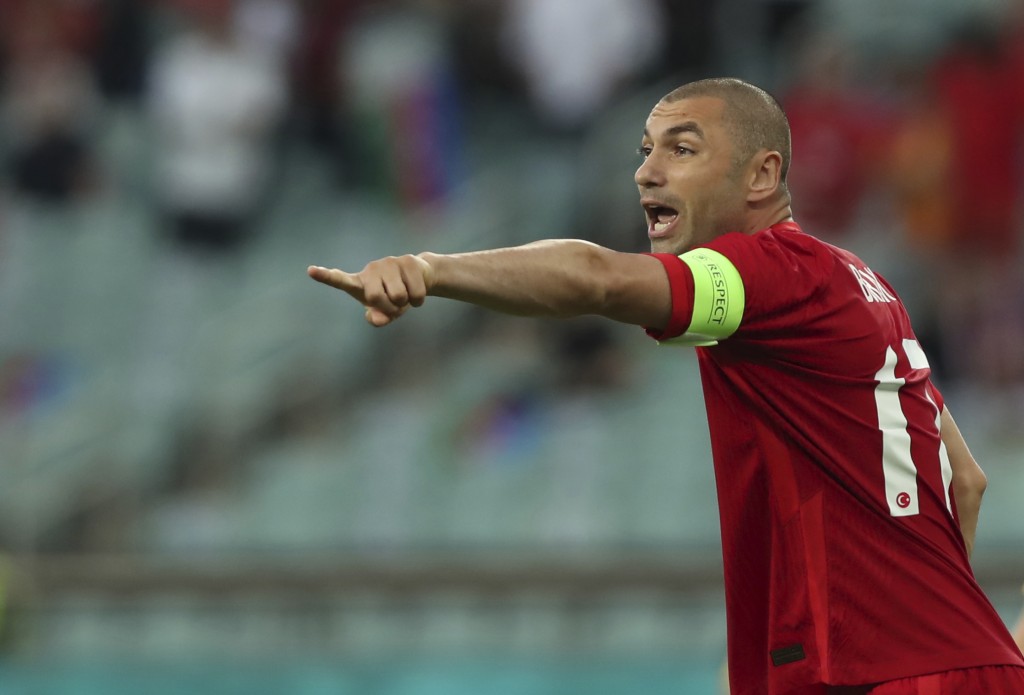 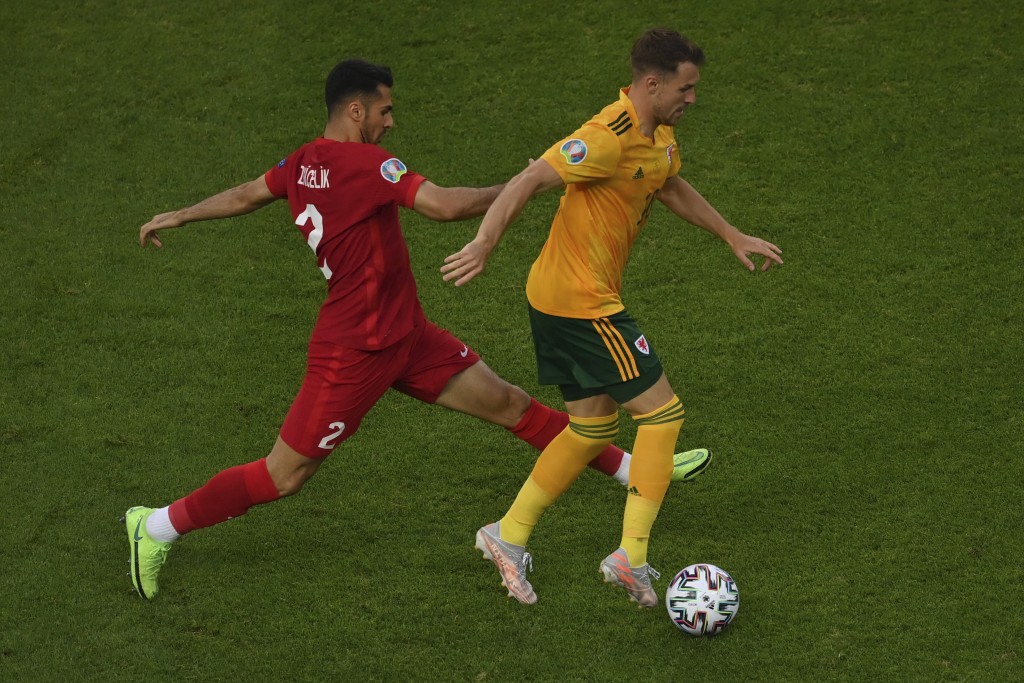 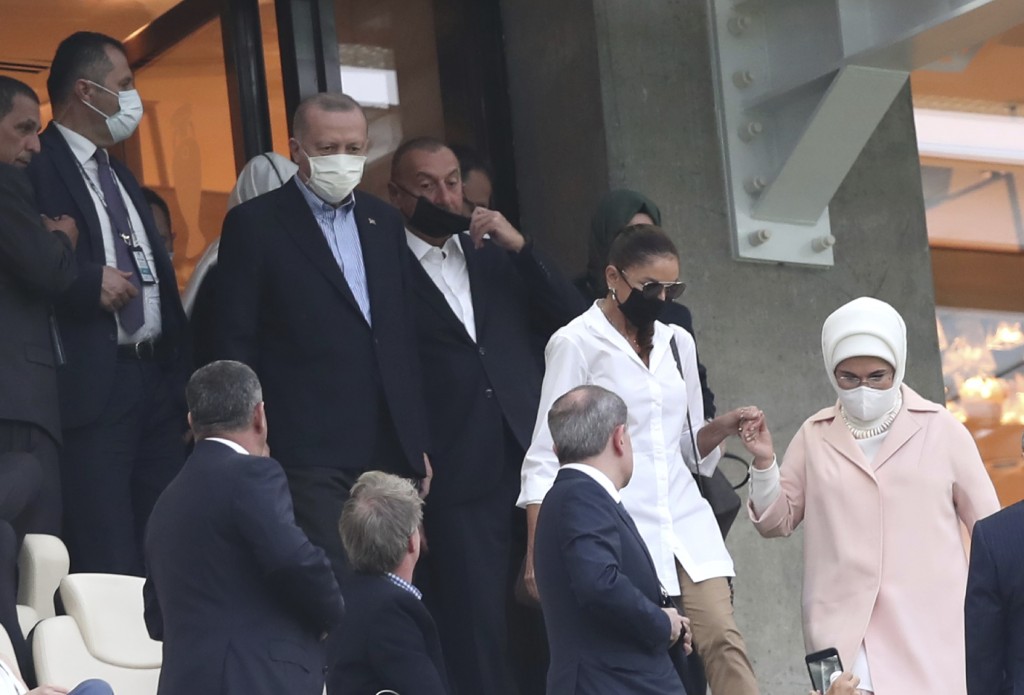 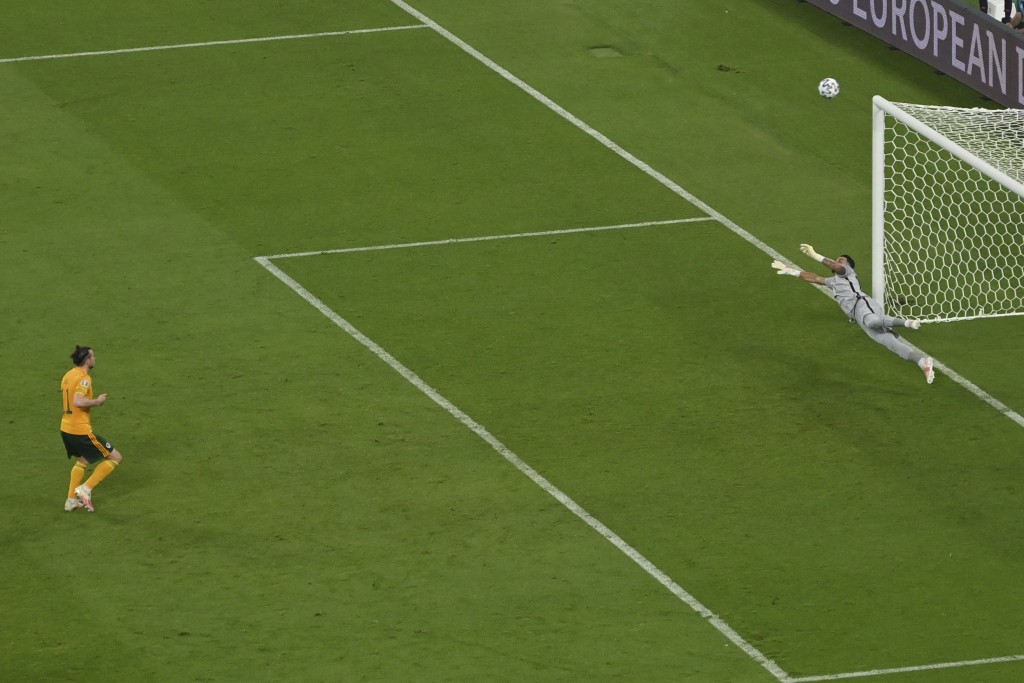 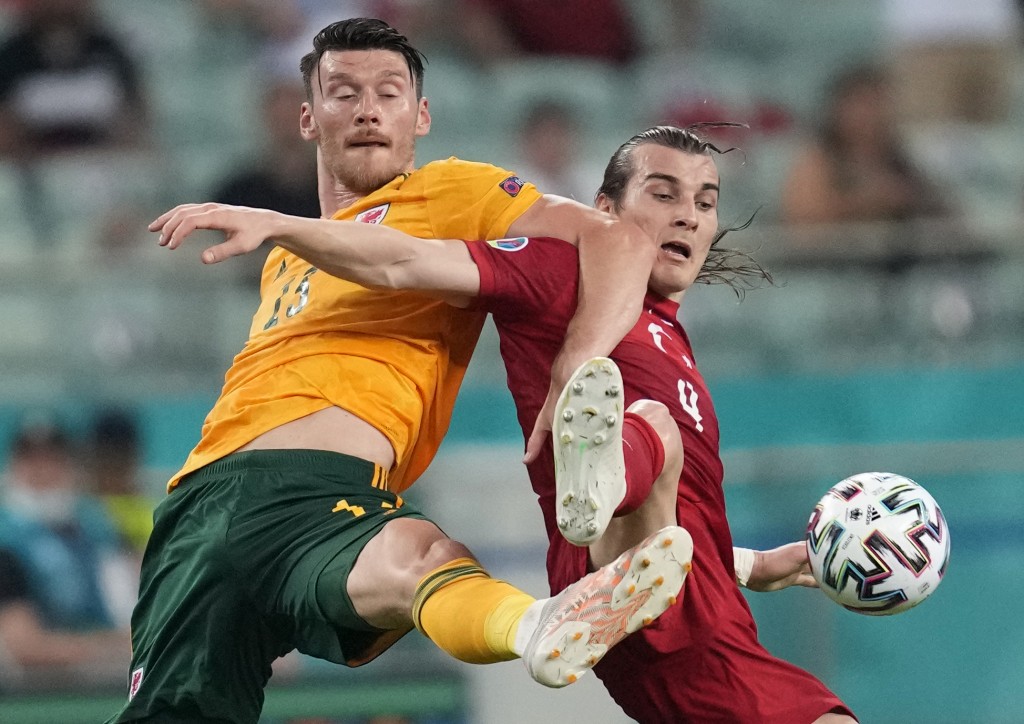 The Wales captain created chance after chance in his team’s 2-0 victory over Turkey on Wednesday at the European Championship.

Bale lofted a pass over the defense that Aaron Ramsey chested down before knocking it past onrushing Turkey goalkeeper Ugurcan Çakir in the 42nd minute. Connor Roberts scored the second in the final seconds of injury time after Bale dribbled along the touchline from a short corner.

The win moved the Euro 2016 semifinalists closer to a place in the last 16 with four points in Group A. Turkey has zero points after losing both of its matches.

“We all turned up, we all put in a great performance and I felt we deserved the victory,” Bale said. “If you’d offered us four points (from two games) at the start of the campaign we’d have bitten your hand off.”

Bale had a chance to score one himself in the 61st minute but he sent his penalty kick over the bar after being tripped by Zeki Çelik on the edge of the area.

“I felt I played well all evening. The penalty miss is my fault, of course I take responsibility, but I think it shows the character,” Bale said. “I kept going, I kept fighting away and I got the second assist to kill off the game.”

The Wales captain hasn’t scored for his country in 13 games. His last goal came against Croatia in Euro 2020 qualifying in October 2019.

After the match, the team gathered around their captain for a rousing, emphatic victory speech. Bale said later that he joked about his penalty miss and tried to bring the players and staff together.

“He wears the armband for a reason. Everybody in life and in football gets knock-backs and setbacks and missing the penalty was a bitter blow for him,” Wales coach Robert Page said. “He showed an enormous amount of courage to react in a positive way from the penalty miss."

Ramsey had two earlier chances to score off passes from Bale before finally giving his team the lead. He had one shot saved by the goalkeeper early and then scooped the ball over the bar in the 24th when one-on-one with Çakir.

“Third time lucky. I had a couple of opportunities, but there’s nothing I could do about them,” Ramsey said. “Now we can go to Italy (for the third game Sunday) full of confidence and who knows what can happen there.”

Turkey captain Burak Yilmaz had five shots but couldn't convert any of them, most notably when he missed an excellent chance early in the second half. He volleyed over the bar from close range when a corner was headed on to him.

Turkey had strong support from traveling fans and many locals in front of a crowd of nearly 20,000 in close ally Azerbaijan. The presidents of both Turkey and Azerbaijan were in attendance.

Turkey coach Şenol Güneş was sharply critical of his team on Roberts' late goal, blaming “a lack of attention” after Bale had tried a similar dribble from another corner moments before.

“We are all sorry for this result,” Güneş said through an interpreter. “We couldn't get any points from these two games so we are sorry. This team could have played much better than this.”