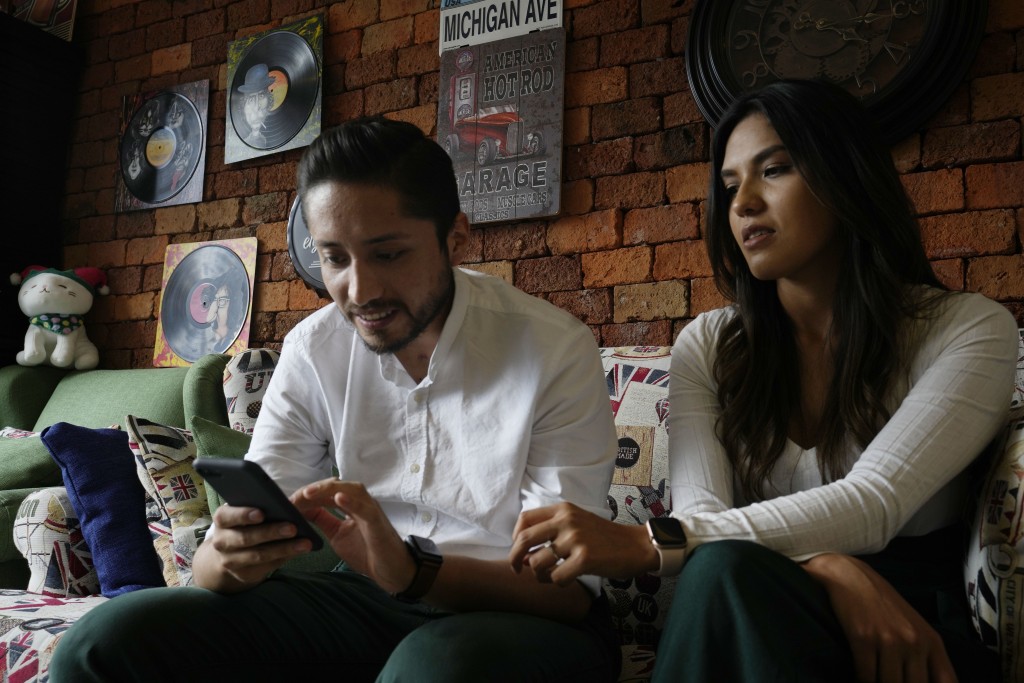 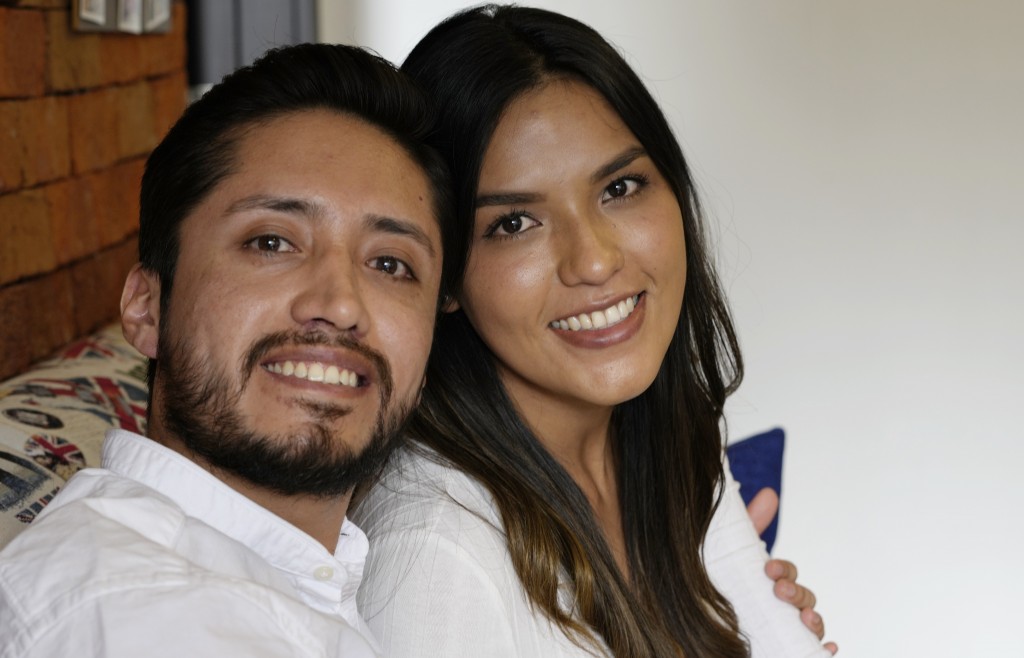 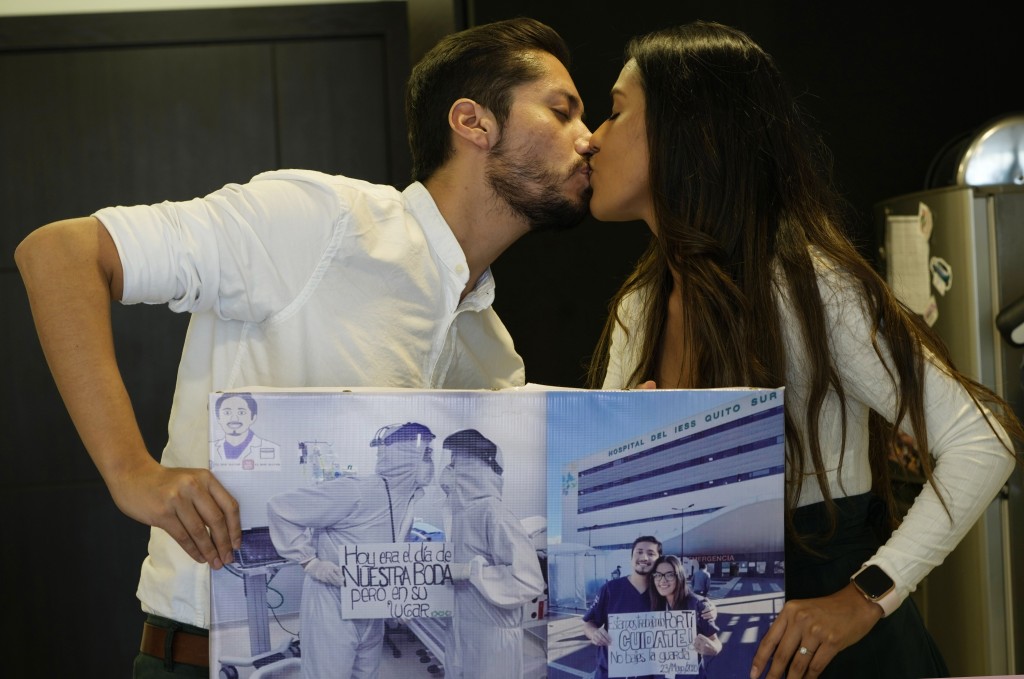 QUITO, Ecuador (AP) — They were a pair of young doctors in love who put off marriage to save lives.

As the pandemic raged in Ecuador last year, they posted a social media photo of themselves dressed in biohazard suits kissing and holding a sign saying: “Today was to be our wedding day, but instead…”

David Vallejo and Mavelin Bonilla’s decision to postpone their May 23, 2020, wedding to treat COVID-19 patients at a large public hospital in southern Quito moved many people in Ecuador and beyond.

A second photo posted later showed them holding a sign reading: “We are working for you. BE CAREFUL! Don’t let your guard down.”

But within months, both would come down with what appeared to be COVID-19.

Vallejo would be fighting for his life in intensive care. Bonilla, who experienced only mild symptoms, would be shattered after being told her fiancée had a less than 10% chance of survival.

Bonilla, 26, told The Associated Press that she had been sad when the couple posted the initial photo announcing the wedding delay. “It really was a dream — I don’t know if for all girls but at least for me it was — to leave my house in white and marry David. It was my longing, my dream.”

But the health crisis in Ecuador was spiraling out of control. Hundreds of patients were arriving every day at the Social Security hospital where they worked, and there were long waiting lists for hospital beds.

Vallejo was the oldest resident at the time and was in charge of the most seriously ill patients. He immersed himself for months trying to save lives — and sometimes failing.

“They were months in which a lot of patients died and it was hard; I came home crying,” said Vallejo, who survived COVID-19 but is still undergoing physical and speech therapy to recover. “I had to call the relatives to inform them.”

In January, both of the couple exhibited COVID-19 symptoms and Vallejo’s condition deteriorated rapidly. He was told he would be intubated for seven days to save his life.

He said he asked for a pen and paper and wrote: “I am Doc David, I have a fervent desire to live life, fulfill my dreams.” Among his dreams, he wrote, was to get married, build a family and travel to Spain to study a specialty. He thanked his colleagues for their efforts to save him.

On Jan. 17, he was sedated and his memories went on hold, but the ordeal was just beginning for Bonilla.

She recalls that at the end of January a doctor informed her that “David was very ill and only has a 10% chance of surviving.” She cried uncontrollably but had to keep their families informed.

Vallejo was still unconscious and in intensive care on Feb. 2, his 28th birthday. Bonilla and his medical colleagues brought a birthday cake and a loudspeaker and sang “Happy Birthday” to him from outside the hospital holding hands in the shape of a heart.

After 17 days, Vallejo emerged from sedation, but was then overtaken by a hospital infection that almost claimed his life again. It took 30 days to recover from that.

The young doctor emerged from the ordeal with a facial paralysis and no strength in his muscles from his prolonged immobility. He “couldn’t even raise his hand,” he recalls. He communicated with his fiancée by moving his eyelashes.

“I had to learn to speak again with therapy, learn to walk, to do all things,” he said.

He said the hardest thing was thinking of how “Mavelin felt during that time that I was asleep. How my parents felt, and I think it is the worst thing that, unintentionally, I put them in that situation.”

The couple say they are waiting for the Civil Registry date for their long-delayed wedding and hope it will be at the end of this month. They plan a small wedding, due to pandemic restrictions, with only their closest family members. In early July, they plan to travel to Spain to study a medical specialty.

“Even before this, I always thought you had to value the little things, the little shared moments,” Vallejo said. “Now I believe this more than ever. To go for a walk holding her hand is a great moment for me.”