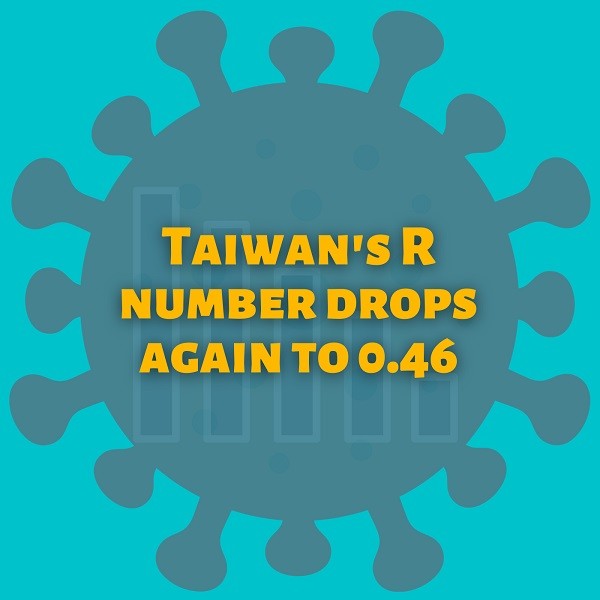 TAIPEI (Taiwan News) — With fewer than 200 confirmed COVID-19 cases for four straight days, Taiwan's R number on Wednesday (June 16) reportedly dropped to 0.46, a significant improvement from the 0.7 reported on June 11.

During a livestreamed video that day, National Taiwan University epidemiologist Chen Hsiu-hsi (陳秀熙) said that due to non-pharmaceutical prevention measures (NPI), such as mask-wearing and social distancing, Taiwan's R number has dropped to 0.46. He said that the R number has been less than 1 over the last two weeks, indicating the country's epidemic prevention measures have been effective.

When used in the context of the pandemic, R is short for the basic reproduction number (R0). In the absence of herd immunity, R measures the average number of persons one COVID-positive individual can infect. The larger the R number, the more difficult it is to control community transmission.

During a sudden spike in cases last month, Taiwan's R number hit a peak of 15 between May 13 and 15, which is the same level of infectiousness as measles. However, after a Level 3 alert was launched on May 15 in Taipei and New Taipei and across the country on May 19, the epidemic situation moved into what the CECC has deemed to be a "controllable range."

From May 30-31, the county's R number dropped to 1.02. At the time, CECC Spokesman Chuang Jen-hsiang (莊人祥) explained that a value of 1.02 means that one confirmed coronavirus case will likely infect an average of 1.02 persons.

At a press conference on June 11, a reporter asked for an update on the R number, and Chuang responded by first emphasizing that this is an internal calculation and that there are other methods of calculation that have produced different numbers.

Nevertheless, he said the calculations from various organizations are all showing relatively low results. As for the CECC's estimation, he said the R number that day was 0.7.

Chen said Wednesday that due to this rapid progress, Taiwan could loosen its Level 3 restrictions soon. However, instead of directly dropping to Level 2, he suggested first entering an intermediary phase of "Level 2.5" for at least one to two weeks. 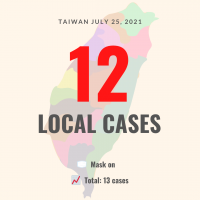