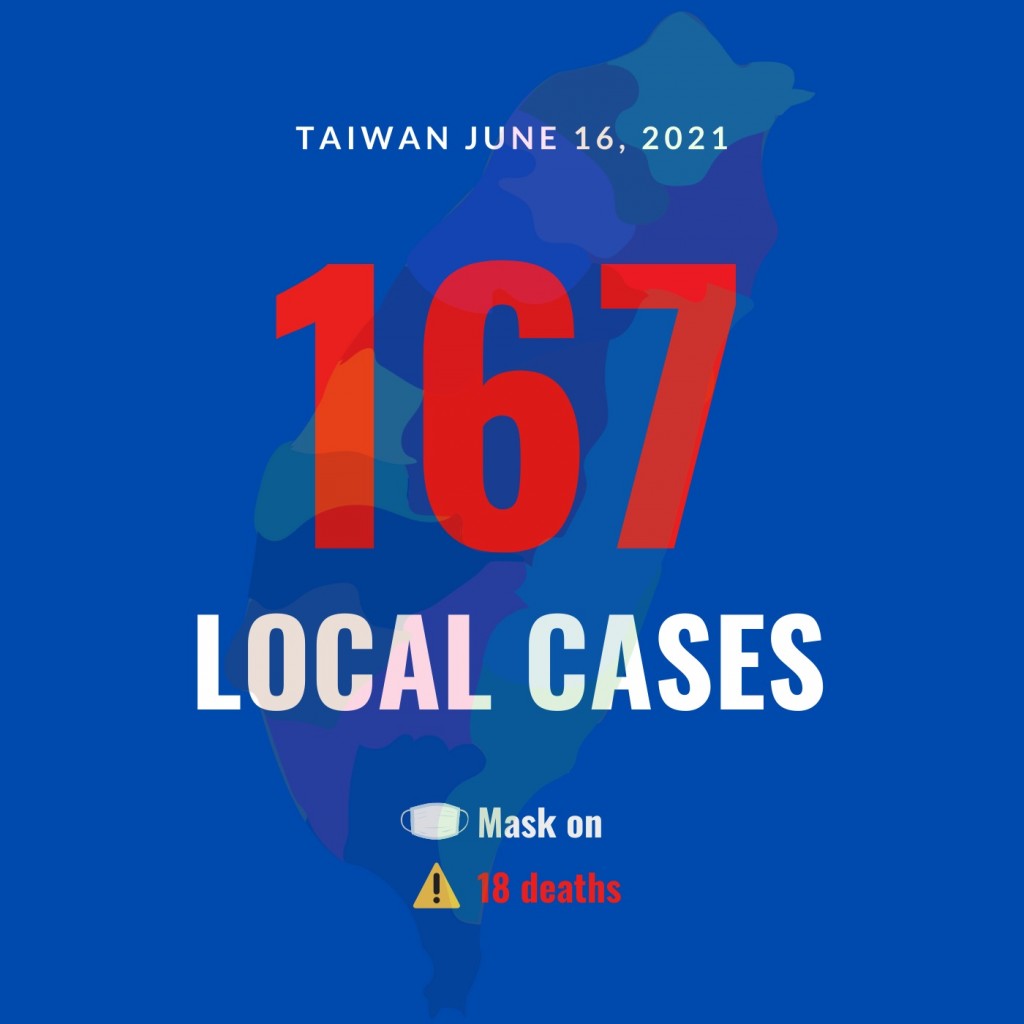 The latest local cases include 85 men and 82 women between the ages of five and 90, with the dates of symptom onset and testing ranging from June 1 to June 15. Of these cases, 65 were in New Taipei City, 50 in Taipei City, 21 in Miaoli County, 14 in Taoyuan City, eight in Hualien County, five in Hsinchu County, two in Keelung City, and one case each in Kaohsiung City and Taichung City.

Chen said the 18 coronavirus-related deaths reported on Wednesday include nine men and nine women between the ages of 30 and 90. The dates of symptom onset and testing ranged from May 7 to June 10.

The dates of diagnosis ranged between May 15 and June 11, while the dates of death ranged from June 6-14.

Of the three imported cases reported on Wednesday, case Nos. 13,371 and 13,372 are Filipino men in their 20s who came to Taiwan for work as ship crew members on May 13 and May 5, respectively. As they prepared to leave the country, they were tested for the virus on June 14 and diagnosed with COVID-19 on June 16. The health department has listed 19 contacts in their cases, all of whom have started self-health monitoring.

Case No. 13,501 is a Taiwanese man in his 30s who returned to Taiwan from the Philippines on May 24. After his quarantine ended, he experienced a fever and cough on June 9 and sought medical treatment, but he was allowed to return home and was not tested for the disease.

On June 15, his symptoms worsened, and he sought medical attention again and underwent a coronavirus test. He was diagnosed with COVID-19 on June 16, and two contacts listed have entered home isolation.

A total of 92 people have been removed as confirmed cases, while 14 cases are still under investigation. Up until now, 478 individuals have succumbed to the disease. 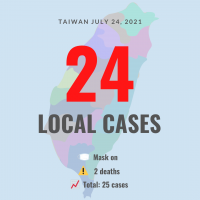