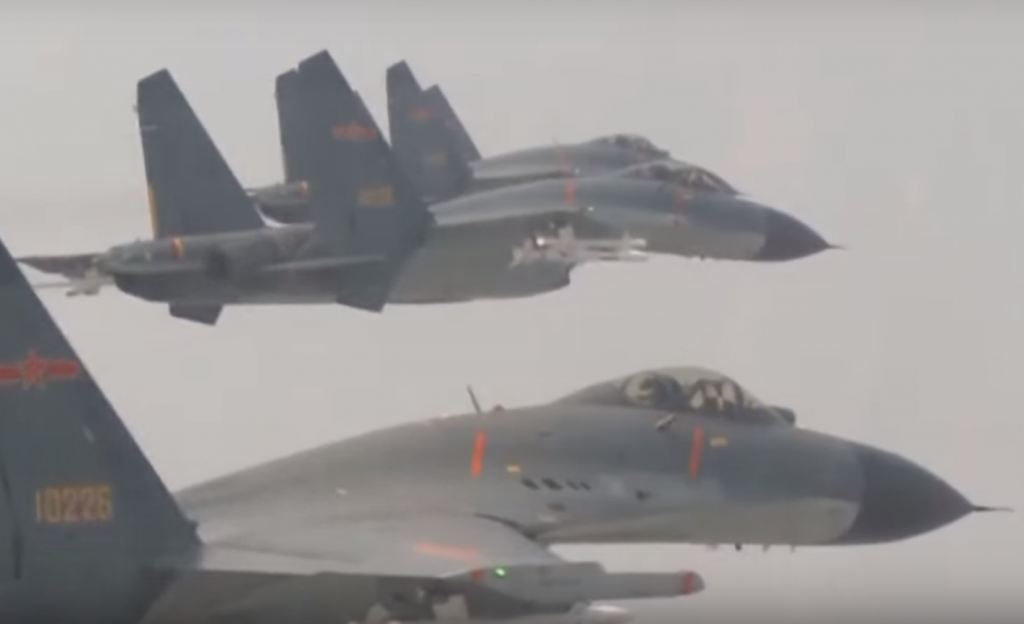 TAIPEI (Taiwan News) — Taiwan broadcast at least 15 warnings to 28 Chinese military aircraft on Tuesday morning (June 15) to leave Taiwan's air defense identification zone (ADIZ), at one point warning them 'If anything happens, you are responsible."

Starting at 5:48 a.m. on Tuesday, People's Liberation Army Air Force (PLAAF) aircraft began intruding into Taiwan's ADIZ every few minutes at altitudes ranging from 5,000 to 7,800 meters until 10:02 a.m., according to the Facebook page of Taiwanese aircraft spotter "Southwest Airspace of TW" (台灣西南空域).

At 9:20 a.m., Taiwan's military directed a radio broadcast to a PLAAF aircraft flying at an altitude of 5,900 meters, stating, "Attention! You have entered my airspace, which is affecting my flight safety. Turn around immediately and leave." The broadcast then added the unusual warning "If anything happens, you are responsible for the consequences."

After a broadcast sent at 8:20 a.m., a response from an unidentified pilot could be overheard. The pilot's Mandarin accent sounded distinctly like that associated with China as he said "This is the high seas, OK? Read some books."

Tuesday's incursions mark the fourth time this month that Chinese military aircraft have intruded into Taiwan's ADIZ. The previous incidents occurred on June 3, 4, and 14, and in all cases were slow-flying turboprops.